Viganò to Trump: You Are in the Midst of a Supernatural Struggle

This column has been on hiatus as I have devoted myself to religious liberties litigation on behalf of the victims of the COVID-19 “lockdown” regimes in New York and New Jersey. During a brief pause in the proceedings, however, I return to these pages.

In the midst of my legal efforts, Archbishop Carlo Maria Viganò, former Apostolic Nuncio to the United States — and easily the world’s most prominent critic of the current pontificate — has sent an historic missive to President Trump in which he rightly places the political conflict in America in its true context: a battle between good and evil, between light and darkness. As Saint Paul put it two millennia ago concerning this unending struggle in our fallen world: “For our wrestling is not against flesh and blood; but against principalities and powers, against the rulers of the world of this darkness, against the spirits of wickedness in the high places.” (Eph 6:12)

In his letter to President Trump, issued on Holy Trinity Sunday (June 7), Archbishop Viganò rightly observes that “In recent months we have been witnessing the formation of two opposing sides that I would call Biblical: the children of light and the children of darkness. The children of light constitute the most conspicuous part of humanity, while the children of darkness represent an absolute minority. And yet the former are the object of a sort of discrimination which places them in a situation of moral inferiority with respect to their adversaries, who often hold strategic positions in government, in politics, in the economy and in the media. In an apparently inexplicable way, the good are held hostage by the wicked and by those who help them either out of self-interest or fearfulness.”

On one side of the conflict, says the Archbishop, are those who, for all their imperfections, “are motivated by the desire to do good, to be honest, to raise a family, to engage in work, to give prosperity to their homeland, to help the needy, and, in obedience to the Law of God, to merit the Kingdom of Heaven.” On the other, however, are those who “serve themselves, who do not hold any moral principles, who want to demolish the family and the nation, exploit workers to make themselves unduly wealthy, foment internal divisions and wars, and accumulate power and money” and who, if they do not repent before leaving this world, will “yield to the terrible fate that awaits them, far from God, in eternal damnation.”

Good versus evil, engaged in a struggle that ends either in eternal salvation or eternal perdition. How alien this message is to the American political scene from which God has been banished and the eternal destiny of man is a forbidden subject.

Even more boldly, the Archbishop warns the President of the United States that “these two opposing realities co-exist as eternal enemies, just as God and Satan are eternal enemies. And it appears that the children of darkness – whom we may easily identify with the deep state which you wisely oppose and which is fiercely waging war against you in these days – have decided to show their cards, so to speak, by now revealing their plans.”

Taking aim at the very “lockdown” regimes that have suppressed religious activity in state-after-state and country-after-country while thousands march and even riot in the streets for political causes, Archbishop Viganò dares to say aloud what so many are thinking:

“We will probably find that in this colossal operation of social engineering there are people who have decided the fate of humanity, arrogating to themselves the right to act against the will of citizens and their representatives in the governments of nations. …. The same thing is also happening in Europe, in perfect synchrony. It is quite clear that the use of street protests is instrumental to the purposes of those who would like to see someone elected in the upcoming presidential elections who embodies the goals of the deep state and who expresses those goals faithfully and with conviction.”

Even within the Church, says the Archbishop, this epochal conflict on a supernatural plane is evident:

“[T]he opposing alignments I have described are also found in religious circles. There are faithful Shepherds who care for the flock of Christ, but there are also mercenary infidels who seek to scatter the flock and hand the sheep over to be devoured by ravenous wolves. It is not surprising that these mercenaries are allies of the children of darkness and hate the children of light: just as there is a deep state, there is also a deep church that betrays its duties and forswears its proper commitments before God. Thus the Invisible Enemy, whom good rulers fight against in public affairs, is also fought against by good shepherds in the ecclesiastical sphere. It is a spiritual battle, which I spoke about in my recent Appeal which was published on May 8.”

As the Archbishop recognizes, Trump finds himself in the center of this maelstrom because “For the first time, the United States has in you a President who courageously defends the right to life, who is not ashamed to denounce the persecution of Christians throughout the world, who speaks of Jesus Christ and the right of citizens to freedom of worship. Your participation in the March for Life, and more recently your proclamation of the month of April as National Child Abuse Prevention Month, are actions that confirm which side you wish to fight on. And I dare to believe that both of us are on the same side in this battle, albeit with different weapons.”

A truly stunning testimony from an eminent churchman who stands against the Zeitgeist as it wreaks havoc in both Church and State. But even more stunning is Trump’s response to the Archbishop’s missive via Twitter, as reported by The Remnant: “So honored by Archbishop Viganò’s incredible letter to me. I hope everyone, religious or not, reads it!”

Here we have an astonishing intersection between Church and State, brought about by a courageous ecclesiastical critic of the spirit of the age and its increasingly frightening manifestations in American civil society. One might wonder: What is going on right now in the soul of Donald Trump, who at age 74 approaches precisely that eternal turning point in the life of every human being, including those who are deluded enough to think that the final triumph of the evils they promote as good is near at hand? Does Trump know what we know — that the final victory belongs to the Lord of History? I suspect he does:

“Let us break their bonds asunder: and let us cast away their yoke from us. He that dwelleth in heaven shall laugh at them: and the Lord shall deride them. Then shall he speak to them in his anger, and trouble them in his rage.” (Ps 2:3-5)

On April 8, 2018, Pope Francis issued his Apostolic Exhortation Gaudete et Exsultate, which was supposed to be…
byDavid Martin 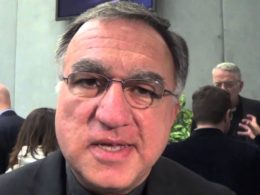 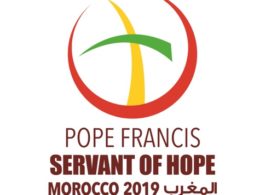 Icon of a Disastrous Papacy

YouTube has banned The Fatima Center from posting videos for a week (September 22-28, 2022) due to a "violation" in promoting the truth in our video, Conscientious Objection and Blessed Franz Jagersttaer. If you'd like to get our latest videos and watch some of our previous videos, like the one that got banned on YouTube, check out The Fatima Center's Rumble channel. We appreciate your ongoing support and prayers as we continuously strive to bring Our Lady of Fatima's Message to the world!
Total
123
Share
118
5
0
0