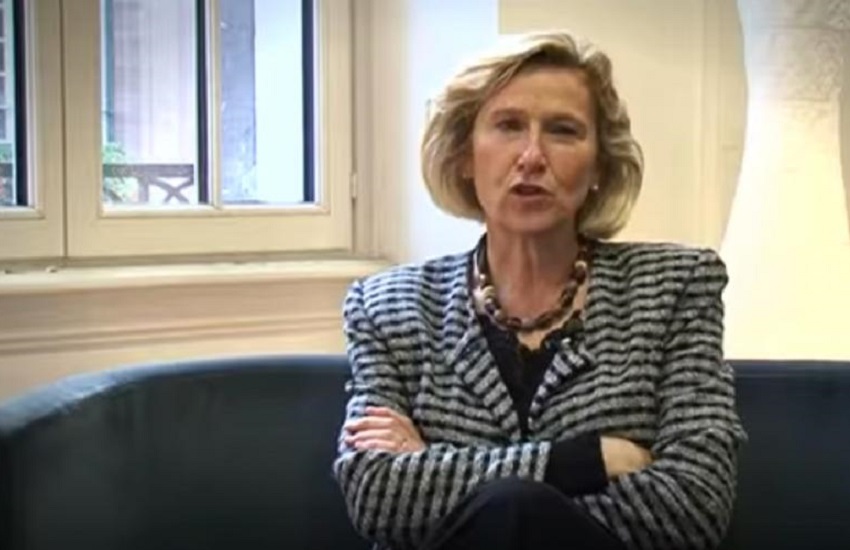 The Vatican’s idea of a “moral theologian”

After Pope Francis sacked all its members in 2016, the Pontifical Academy for Life was transformed into a vehicle for dissent from the Church’s teachings on marriage and procreation.  Several appointments to the revamped (read: destroyed) Academy confirm this.  For example, that of the “moral theologian”  Father Maurizio Chiodi who has declared publicly that not only is contraception not intrinsically evil — that is, always and everywhere wrong by the very nature of the act — but can actually be required  in some circumstances.

As LifeSiteNews observes, Professor Josef Seifert, one of those sacked from the Academy to make way for its destruction, and who has since founded his own pro-life think tank, protested (in vain) that “Chiodi’s position constitutes an unequivocal defense of the consequentialist and proportionalist ethics that attacked Humanae Vitae from the first day of its publication on, and not only took issue with its teaching that contraception is intrinsically wrong, but [also] claimed that there are no intrinsically evil acts at all.” In short, Chiodi argues that evil may be done if some supposed greater good will come from it, the very error that destroys all morality and which, accordingly, was roundly condemned by John Paul II back when the Pontifical Academy for Life still defended the moral law instead of looking for ways around it in keeping with the outrageous Chapter 8 of Amoris Laetitia.

A further example, reported in the linked article by LifeSite, is Professor Marie-Jo Thiel, another “moral theologian” who attacks the moral law. LifeSite notes that during a recent address Thiel “pointed to Pope Francis’s exhortation Amoris Laetitia” — what else? — “as having given Catholics more freedom.”  Freedom, that is, to question the Church’s infallible moral teachings.

LifeSite quotes Thiel for the proposition that Church teaching on sexuality is a “complete failure” — the standard Modernist line, which dispenses with truth in favor of “success” in the form of popular acceptance, meaning success in abandoning the truth. LifeSite quotes a report by Katholisch.de that during Thiel’s presentation she “rejected magisterial statements, according to which homosexual acts are [in her own words] ‘pathological and always sinful.’”  According to the same report, Thiel was “speaking in her capacity as the President of the European Society of Catholic Theology.”  Thiel seized on the homosexual priest scandal to argue that sexual abuse committed of minors (not homosexual acts as such) undermines “the [Church’s] entire teaching edifice of the sexual and family ethics and thereby undermine[s] both the absolutist and authoritarian norms, as well as the centralized and obscure structures of power and their inherent possibilities of obfuscation.”  “Absolutist and authoritarian norms” — meaning the Ten Commandments.

According to Katolisch.de, Thiel went on to deny that “there is any inner connection between a sexual union and procreation in nature” and spoke of the “culpable naivëté” of bishops who “argue that the use of condoms has contributed to moral decay and the spread of HIV/AIDS.”

Since her address Thiel has been subjected to withering criticism, which has forced her to walk back her comments without actually retracting them.  Rushing to her defense, the Academy has published her “denial,” wherein she claims that the articles cited above “distort” her words and quote “only very few parts” of her talk — meaning the parts where she attacks the Church’s moral teaching.  But as Gloria TV notes: “Thiel never claims to be misquoted. She hides behind the claim that the application of sexual morals is allegedly ‘very complex’ and requires ‘many nuances’ while accusing katholisch.de of having reduced its ‘complexity’ and [in] this way producing ‘confusion.’” Thiel’s “denial,” Gloria TV rightly concludes, “is an obvious smoke-screen. She never denies having said that homosexual acts and contraception can be justified.”

Once again we see confirmed Sister Lucia’s warning that “The final battle between the Lord and the kingdom of Satan will be about Marriage and the Family.”  Long before that warning was made public by Cardinal Caffarra, a prominent opponent of the errors of Amoris Laetitia, this apostolate had published a book entitled precisely The Devil’s Final Battle.  Showing once again the prophetic element in Father Gruner’s work, informed as always by the prophecies of Our Lady of Fatima.