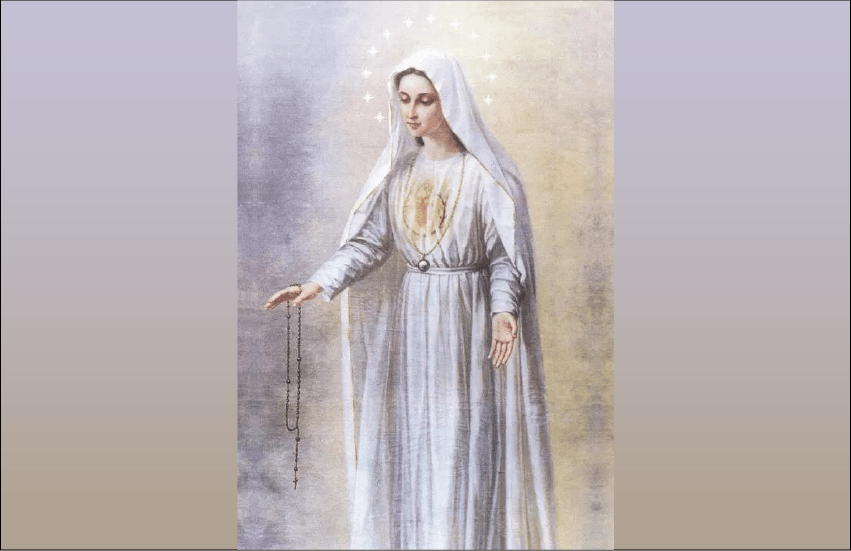 Editor’s Note: This piece, authored by Christy Bracken, was originally published in the Catholic Voice, an Irish Catholic publication. It is geared towards an Irish audience, and some references may not be clear to the average reader unfamiliar with Ireland’s history.

Fatima, Portugal, 1917,
At the Cova da Iria, Our Lady was seen,
By three little Shepherd children, 10, 9, and 7,
The beautiful Lady, brought a Peace Plan from Heaven.

Sixteen months and counting into the nightmare that has overtaken the whole world, and incredible as it seems, if one was to predict in the Autumn of 2019 that such a scenario would be a reality in a year or so, such a far-fetched conspiracy would see whispering sniggers, and shaking heads lamenting the poor fellow with the screw gone loose. Yet, one has the sense that we are only at the beginning of sorrows, and for so many the penny doesn’t seem to have dropped yet.

Sadly it seems, the State and Nphet (public health body), have become the new gods, and they have artfully turned our gaze away from the horizon and beyond, to focus us exclusively on the jab, with the carrot of more freedom for us, which was never theirs to give or take away in the first place. Early on we had hope that religious fervour would revive, and that the Shepherds would corral in the sheep from the wolves, and that the Good Lord would see us in sackcloth and ashes, and bring to heel the wolves, but alas the Shepherds themselves became wolves, abandoned the sheep, and left them to fend for themselves, and wander the wasteland without manna from Heaven to nourish their withered souls, all the while, ample food and drink was available to stem the pangs of bodily hunger with the blessings of the State.

Listen, listen to our Queen,
Her Plan for peace, Her triumph supreme.
Darkness envelops, the hour is late,
Peter, Peter, why do you wait?.

Yes indeed, the hour is late, and now is the time for our Shepherds to shake off their torpor, realise that they are in the eye of the storm, the fight of their lives, and act accordingly. They must light the flame again on the hill of Slane, and let it illuminate the whole Island, from mountain to sea and beyond, so that all will know that the voice of Patrick, echoing through the centuries will once more banish the snakes from our shore, and then in this supreme moment of history, they must commence the task of persuading the Pope and their brother bishops, to finally answer the call of Heaven.

At all six apparitions of Our Lady at Fatima, from the 13th May to the 13th October 1917, She asked that the Rosary be recited every day. She also requested the First Saturdays reparation, to include the Rosary, Confession, and Holy Communion, and to keep Her company for fifteen more minutes, while meditating on the mysteries of the Rosary, with the intention of making reparation for the insults and blasphemies committed against Her Immaculate Heart, promising to assist at the hour of death all who undertake this devotion.

They came, they saw, seven times ten thousand,
The sick, the lame, the pious, the scoundrel.
“Miracle, Miracle”, on bended knee fall,
Peter, Peter, why do you stall?.

Those who govern us have the scent of the fox now, and while they’re letting us roam the hills and valleys at the moment, come September, October, the baying of the hounds will reach a crescendo, and the poor frightened sheep will once again be left to the mercy of the wolves, unless…..

O Jesus, forgive us our sins,
The prayer She taught, that’s how it begins,
To save us from hell, from going astray,
Peter, Peter, why do you delay?,

Unless, that is, the Pope in union with all the bishops of the world, do as Our Lady requested and consecrate Russia to Her Immaculate Heart.

“The moment has come in which God asks the Holy Father, in union with all the bishops of the world, to make the Consecration of Russia to My Immaculate Heart, promising to save it by this means. There are so many souls whom the Justice of God condemns for sins committed against Me, that I have come to ask for reparation. Sacrifice yourself for this intention and pray.”

She said if Her request was granted, Russia would convert and a period of peace would be granted to the world. If not, Russia “will spread her errors throughout the world, causing wars and persecution of the Church. The good will be martyred, the Holy Father will have much to suffer, various nations will be annihilated. In the end, My Immaculate Heart will triumph. The Holy Father will consecrate Russia to Me”.

So the solution to the quagmire we’re now in doesn’t rest with Joe Biden, Vladimir Putin, Xi Jinping, or puppets Micháel, or Leo. The solution lies with the Pope and the bishops, obeying Our Lady. The time for doubting Fatima is long past. The prophecies of Fatima are unfolding before our eyes. The Irish bishops must immediately start the ball rolling by contacting their brother bishops across the world, to petition the Pope to do the Consecration.

Our Lady said only She can help us. It’s in the gift of the bishops to do it. If they want to see an end to the nightmare. Locking the doors and hoping everything will go away is not an option anymore. They must become like the little children of Fatima, who were prepared to be boiled alive to obey Our Lady, and all they are asked to do is join the Pope in a public Consecration of Russia to the Immaculate Heart of Mary. The solution has been handed to them on a plate, at no cost to themselves. One shudders to think what awaits humanity and themselves if they don’t step up to the plate and set the whole thing in motion.

There is no other option. There’s no human solution. Again, Our Lady said only She can help us.

September 8th, 15th, October 7th, December 8th, all feast days of Our Lady, an ideal opportunity to answer Heaven’s call. Picture the scene: The Pope, in union with all the bishops, say on December 8th, consecrates Russia to the Immaculate Heart of Mary, and the ghoulish nightmare of nearly two years evaporates like a puff of smoke.

It’s a no-brainer at this stage: a five-minute prayer to bring about world peace, or keep staring into the abyss, and await the annihilation of nations.

A final question to our Shepherds: Do you want that on your conscience?