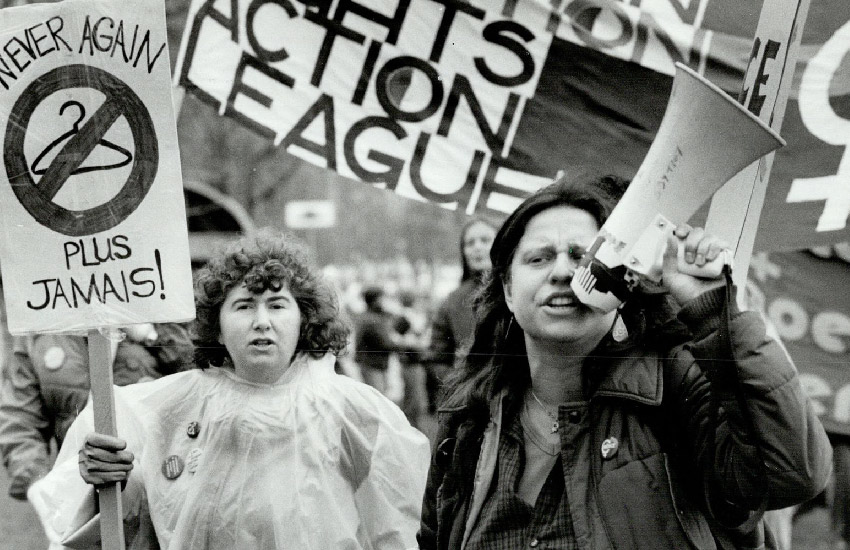 Last week, The Fatima Center took a trip to Ottawa, Canada to participate in the annual March for Life. In spite of all the government restrictions associated with the virus-hysteria, the event was well attended (all things considered). Upwards of 2,000 people attended and marched through the city of Ottawa, in the National Capital region.

The annual event regularly exceeds 10,000 marchers. This is quite a large crowd, considering the population of Canada and the distance many have to travel in order to arrive in Ottawa. So, given the current sociopolitical climate, 2000 people was quite impressive. The event organizer, Debbie Duval of Campaign Life Coalition, told us that she had been worrying that there might only be around 100 people. She was understandably very thrilled at the turnout.

There is understandably a strong Catholic presence at this event. Yet, this year it was almost as if the event was specifically a Catholic event, as Our Lady of Fatima and the Rosary took center-stage. 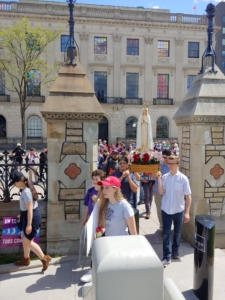 Listen to the singing of the Rosary through the streets of Ottawa here.

Now, as positive as this event was, and as magnificent it was to hear the angelic prayerfulness of so many faithful Catholics in the National Capital, the reality of abortion in Canada is still horrifying.

History of Abortion Legality in Canada

Abortion was decriminalized in the late 1960’s, as a result of the efforts of the man whose son is our prime minister today. Pierre Trudeau, an alleged Catholic, put forth legislation that decriminalized abortion. For a while, it existed in a legal grey area, but since 1988 Canada has been without a law on abortion. (You can read about the legal history of abortion in Canada here.)

Abortion is permitted throughout all 9 months of pregnancy, for any reason, up to the moment of birth. And this awful fact has even been supported by Prime Minister Justin Trudeau, who has paved the way for literal infanticide as a ‘right’ that he will not take away from women. He has even gone so far as to say that pro-life candidates cannot even run for the Liberal Party of Canada. Please pray for this man; he is a baptized Catholic.

The legal framework for abortion exists in something called a ‘legal black hole’ in Canada, where it is simply permitted, but not really legal or illegal, and is not regulated. In a sense, it is just decriminalized. Basically, it is included under the pretense of ‘health-care’ since it is technically classified as a surgical procedure. It is viewed as ‘medical,’ according to the government. This diabolical similarity is not lost on many. It is obvious that the same floor of a hospital used for giving birth by surgical means is also used to abort a pregnancy by the same means.

In Canada, almost all abortions are funded by taxpayers. However, polls reveal that the majority disagree with their money being used to kill unborn babies out of convenience.

The following statistics about abortion in Canada were collected from Campaign Life Coalition.

Furthermore, not only is abortion an obvious harm to the child who is aborted, but the mother often suffers adverse health effects. In addition to injury or fertility damage, she always suffers spiritually. Abortion is a mortal sin, which all parties involved in the abortion commit. The doctors, nurses, boyfriends/husbands, and all those who encourage or obtain the abortion in any way are complicit in a direct manner. Levels of culpability may vary, but the sin remains intrinsically evil and grave nonetheless.

Thus, aside from the obvious need for legal and political changes, we need real spiritual conversion. It is the only way that any ground is to be gained in the hopes of protecting innocent lives and confused souls.

Pray for the Consecration and conversion of Russia, so that this demonic error of abortion will end.

View more photos of our participation at the 2021 Canadian March for Life here.