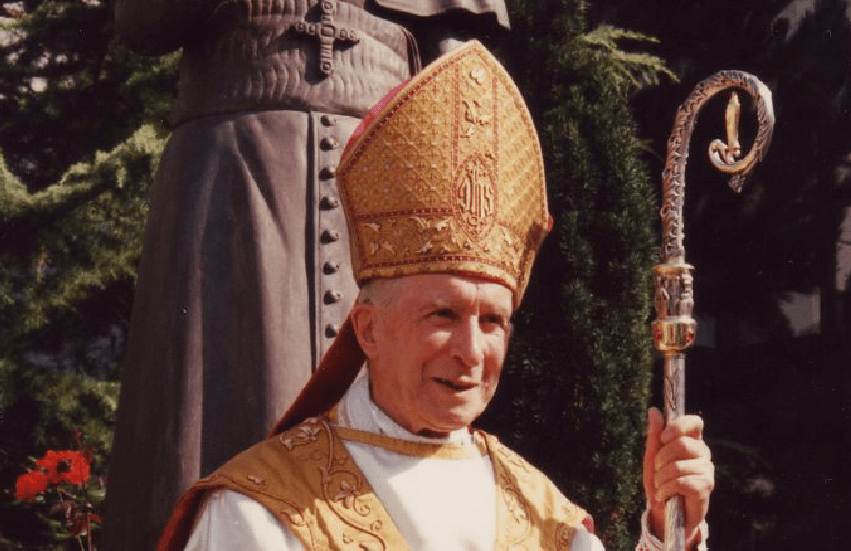 The SSPX Is Not in Schism

In the previous article (Part 1) we explained how the authoritative judgment of the Catholic Church is that the SSPX is not in schism. Nevertheless, some critics accepting this judgment persist in suggesting that the SSPX is materially schismatic. Although such distinctions may seem confusing to rank and file Catholics, it may be helpful to refute this specious argument as well.

Question: If you are going to be so precise, then are they not in material schism?
If you hear these terms, it is most likely a parallel reference to the precise distinction between formal heresy and material heresy.

Formal heresy is when one truly expresses an opinion which is a denial of an article of divine and Catholic faith (e.g., the Trinity), and does so knowingly (fully aware of it being against the doctrine of the Church) and obstinately (i.e., deliberately). Material heresy is when one maintains an opinion that objectively contradicts the infallible teachings of the Church – and as such is heretical – but the person honestly does not know that he is holding something against the Catholic Faith.[1]

Heresy can be a tricky matter, because one can be a heretic either intentionally or unintentionally. Those who are declared formal heretics were usually intentional exterior heretics even before the declaration. In contrast, material heresy is an unintentionally erroneous interior disposition. Quite frankly, we can all be guilty of material heresy, in so far as we may have misunderstandings regarding the inscrutable nature of the Triune God and His divine mysteries.

This is why, when making an Act of Faith, we pray: “… I believe these and all the truths which the Catholic Church teaches because Thou [God] hast revealed them Who canst neither deceive nor be deceived.” By this act of our will we are fixing the intention that we don’t want to hold any heresy. Thus even if we were to unintentionally hold a material heresy, it is not sinful.

It can also be difficult to know if a person knowingly and obstinately rejects an article of divine and Catholic Faith. Any question on such a matter would be removed if the proper Church authority, such as the Pope or the bishop in his diocese, judged the matter and issued an explicit statement regarding so-and-so being a heretic until he renounced said heretical position.

Since schism is usually associated with heresy, traditional Catholic theology teaches that, when this is the case, what was said of heresy applies equally to schism.[2] Thus, formal schism is when one makes a positive act of the will to deny the God-given and rightful authority of the Church, Pope, or bishop; whereas material schism is when one does not realize that such denial is the result of their actions.

So the only way to know if someone is in material schism is to ask them what their intention is. I know this might be a novel concept in today’s social media driven world, but the simplest thing would be to just ask a priest of the SSPX if they have set up an alternative hierarchy, not in union with the Pope, Cardinals and bishops. Why accept someone else’s accusation, which might be calumny, when one can easily go to the primary source? Do they reject the authority of the Pope or deny the bishop’s authority in his diocese? I have yet to meet an SSPX priest who holds such a view. This is certainly not the official position of the organization. That is abundantly clear from all their writings. Moreover, and an even more powerful witness, is the fact that at Holy Mass they pray for the Pope and the local bishop. Those who are intentionally schismatic do not pray thus in the Sacred Liturgy.

Let Us Not Fall into Sin by Falsely Accusing Another

Interestingly, schism is a sin against charity and a sin against unity with fellow Catholics. Thus, when one foments unnecessary division by exercising a lack of charity, one is actually guilty of a species of sin which lies in the same category as schism.

Thus, if one wrongly labels SSPX priests as excommunicated or schismatic, calumniates or detracts them, then one can actually be guilty of such a sin, which is ironically similar to schism! Now some people may do this without sufficient knowledge or deliberate consent, so only God can judge if they have sinned. However, we all do well to keep in mind that this is why Holy Mother Church always advises us to give others the benefit of the doubt and not to speak ill of another without real need and moral certitude. After all, we should never detract or calumniate any person or group.

But I heard Cardinal so-and-so or Father so-and-so say, “The SSPX is schismatic!”

Once again, schism is a grave sin and so it should be treated with the proper seriousness. If anyone is going to publicly state that a group is guilty of schism, they should only do so after the proper Church authority has already made this declaration. Naturally, such judgments should be made in accordance with proper procedures and in accordance with justice and charity so as to effectually bind the faithful.

While a bishop does have the authority to declare that someone in his own diocese is in schism or excommunicated, he does not have the authority to contradict such a ruling if it has already been made by the Pope. Obviously, if the Pope justly declared Martin Luther a heretic, no bishop could then declare him a Catholic in good standing within his particular diocese.

With regard to the SSPX, the relevant Vatican congregations have already judged that the SSPX is not in schism. You will search in vain to find any statement in which John Paul II, Benedict XVI, or Francis, or the prelates heading the appropriate congregations, have said the SSPX is in schism.

If a prelate or priest says the SSPX is in schism then they may very well be speaking from incorrect information. This opinion was quite widespread in the 1990s and early 2000s and much of that literature still predominates in many circles. A young seminarian may have heard this accusation years ago, never done the research, and twenty years later as a bishop still holds this erroneous view.

The situation of the SSPX remains a matter of ecclesial governance, and therefore it may be that any individual, even a holy priest, may have his own opinion, but that opinion is not binding upon another. Is it appropriate for any priest to tell a parishioner that they cannot attend a Mass that Rome has said they may?

Some have argued that while the SSPX might not be in schism, they are not in “full communion” with Rome and therefore one ought to avoid their Masses. We will deal with this objection in the next article of this series.

[1] In Traditional Catholic theology, heresy is defined as “an error of judgment in consequence of which a baptized person obstinately denies or doubts a truth revealed by God and proposed by the Church for belief (C. 1325). He obstinately denies a truth who does so deliberately despite his knowing that the Church proposes it as divinely revealed. He sins against faith … but is not a formal heretic who through sinful ignorance does not know that the Church proposes a given truth as divinely revealed.” (Rev. Heribert Jone, O.F.M., CAP., J.C.D. and Rev. Urban Adelman, O.F.M., CAP., J.C.D., Moral Theology, First Edition [Westminster, Maryland: The Newman Bookshop, 1945], pp. 71-73.)