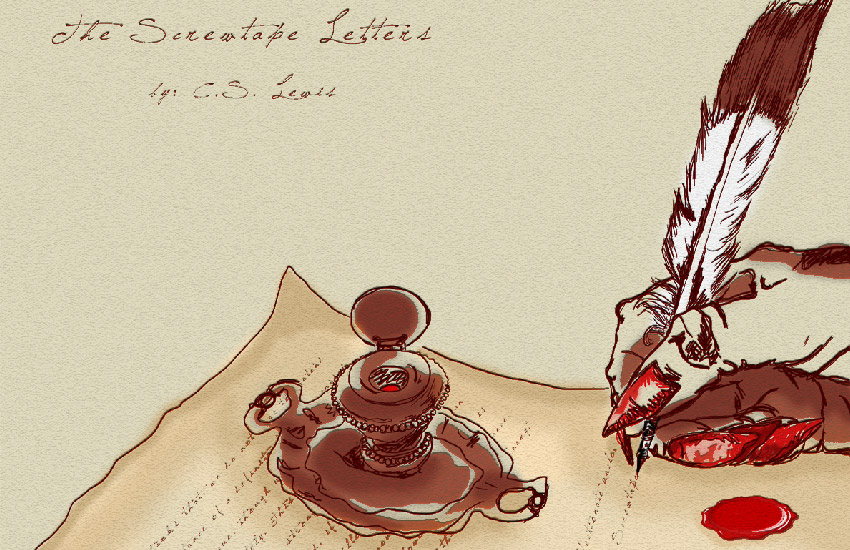 “Indeed the safest road to hell is the gradual one – the gentle slope, soft underfoot, without sudden turnings, without milestones, without signposts.” – Screwtape

Mark Twain famously said, “History never repeats itself but it rhymes.” I am struck by this observation daily as I think about the comparisons between our time and those of the very recent past. Now, I do not mean to make overzealous comparisons between our day and those of say, the Nazi era. This is one of the more annoying tactics of the Left: comparing anyone with whom they disagree, especially Donald Trump, as a veritable reincarnation of Adolf Hitler.

Nonetheless, the methods of misinformation and influence over the mind of the populous do follow an old pattern. In the past it was necessary to have an explicitly state-controlled media conglomerate in order to control the type of information consumed by the masses. Today, whether the broadcasters are governmental or not, all that is necessary is an oligarchical oversight of an outpouring of information that fits whatever globalist and technocratic narrative is desired.

There is something overtly diabolical about these and other realities, as we live through a time defined by continual lies about nearly everything. Contradictions abound, decrees are reversed or arbitrarily changed, science opposes science, and voices running counter to the dominant narrative are censored. Contemplating today’s Orwellian situation can be disconcerting. This is understandable.

There seems to be a cultural momentum that goes whichever way the devilish winds blow, and any resistance is admittedly a daunting task. But, we must remember there is a true “silent majority” that does stand for something good and true in our society. Fortunately, it is becoming less and less silent. In addition, no matter how daunting a culture war may seem, each unique person is still able to fight their own personal battles against the wickedness and snares of the devil.

Ah, if only there was a resource, a sort of manual, that we could look to for inspiration on how to guard our faith and our minds against this onslaught… Insert The Screwtape Letters by C.S. Lewis.

Now C.S. Lewis was not a Catholic writer. Errors can be found in his writings. At times, his theological works contain propositions that I find a tad too Protestant. However, he was a veritable genius and captivating author. He possessed a great philosophical mind and a cogent grasp of the human mind’s inner workings. Whatever issues one may take with his theology, he was a commensurately moral man, and understood much of what worked for – and against – the general life of a Christian.

In The Screwtape Letters, Lewis presents to the reader a refreshingly new genre of literature as a way of explaining how the diabolical influences tamper with the minds of Christians through the seemingly mundane realities of life. If you have not read this book, I highly recommend you do. In fact, I recommend even more enthusiastically the audio version narrated by Joss Ackland. In my opinion, this is a story ever more powerful when read aloud.

In any case, in the book we follow the workings of the devils on a young man who recently converted to Christianity. The setting is England during the Second World War. What Lewis does so well is to point out the psychological aspect of demonic temptation and influence on what the devils in his work call “patients.” Lewis was a critic of the burgeoning popular psychology of his day, and therefore offers his story through a distinctly Christian anthropology.

I have listened to the book a half-dozen times, and am currently listening to it again. I am constantly struck by how applicable Lewis’ words are to our own time. He successfully dissects the modernizing culture in which the patient lives and exposes the traps that await the masses if they are not vigilant.

We may not be living through a world war, but we are engulfed in an ultimately preternatural struggle for world domination by groups, which Archbishop Viganò refers to as a battle between the “children of light” and the “children of darkness.”

In Lewis’ day it may have been periodicals, magazines and radio broadcasts, whereas in ours we are inundated with blogs, videos and tweets. No matter, the tactics of the demons remain the same in their attempt to manipulate the vast majority of men. Human nature remains constant throughout time, and the objects of temptation have never really changed. Hence, the formulations Lewis lays out his in masterwork are still applicable today. Even though he refers largely to the circumstances within the context of a rapidly liberalizing Church of England, we unfortunately have parallel issues that permeate the rot of the anemic institutional element of our Catholic Church.

As one reads The Screwtape Letters, one comes across descriptions of familiar temptations. Perhaps your sibling succumbed to that lie, your child fell for this pleasure, or your friend got taken in by a crafty trick. But then the reader inevitably encounters descriptions of temptations which one has personally faced. These sting a little more. But proper remedies often hurt. Yet, the one who reads this book with a good dose of humble self-awareness will be better equipped to resist subsequent temptations.

Plus, I’m sure everyone gets a few good chuckles out of this read.

Rather than a steady diet of what the world offers for consumption during these difficult times in which we live, perhaps consider taking a break from the negativity of the news media and instead listen to, or read, an enjoyable and timely work of Christian fiction.