Watch a 5 minute video on Our Lord’s Warning at Rianjo with Father Gruner and John Vennari.

Our Lord’s Terrible Warning to His Ministers

In the months following the Church’s official recognition and approval given to the Fatima Apparitions by Bishop José da Silva on October 13, 1930, Sister Lucia was overwhelmed with inquiries and attention, to the extent that her health was threatened. In order to give her some needed rest, she was sent to stay for a short time in the home of her Mother Superior’s blood-sister in Rianjo, a small coastal city in Spain. No one in the town or even in that home, with the exception of Mother Superior’s sister, knew of Sister Lucia’s identity as the Fatima visionary.

Thus it happened that on an unspecified day in August 1931, Sister Lucia was in the town’s chapel dedicated to Our Lady of Guadalupe, praying fervently for the conversion of Russia. Two years and two months had already passed since Heaven’s formal and dramatic request was given for the Pope and all of the Catholic bishops of the world to consecrate Russia to the Immaculate Heart of Mary. This occurred on June 13, 1929 in the Trinitarian vision at Tuy. It had received virtually no response from the Church’s hierarchy.

Our Lord complained to Sister Lucia of His ministers’ delay in executing His command, warning them at the same time of the terrible fate awaiting them on account of their disobedience. Sister Lucia reported this important revelation to her bishop:

“My confessor ordered me to inform Your Excellency about what happened a little while ago, between our Good God and myself: As I was asking God for the conversion of Russia, Spain and Portugal, it seemed that His Divine Majesty said to me:

“‘You console Me a great deal in asking Me for the conversion of those poor nations: Request it also of My Mother, while saying to Her often: Sweet Heart of Mary, be the salvation of Russia, Spain, Portugal, Europe and the whole world.

“‘At other times say: By Thy Pure and Immaculate Conception, O Mary, obtain for me the conversion of Russia, Spain, Portugal, Europe and the whole world.

“‘Make it known to My ministers, given that they follow the example of the King of France in delaying the execution of My command, they will likewise follow him into misfortune. It is never too late to have recourse to Jesus and Mary.’”

In another text she wrote,

“Later, through an intimate communication, Our Lord complained to me: ‘They did not wish to heed My request! … Like the King of France they will repent of it, and they will do it, but it will be late. Russia will have already spread its errors in the world, provoking wars and persecutions against the Church. The Holy Father will have much to suffer.’”

Our Lord was here making an explicit reference to the request of the Sacred Heart given to the King of France through Saint Margaret Mary Alacoque on June 17, 1689. Our Lord asked Louis XIV, the famed “sun king,” to consecrate France to His Sacred Heart, promising in return to save France from its enemies. Louis XIV, Louis XV, and Louis XVI, following the unfortunate and unworthy advice of their Jesuit confessors, did not perform this consecration. As a result of this century-long refusal, the French monarchy and the whole of France’s Catholic society were overthrown by the Protestant and Masonic Counter-Church’s plots in the course of the bloody terror of the French Revolution.

On the Feast of the Sacred Heart (June 17, 1789), exactly one hundred years to the day from when Saint Margaret Mary had been given that revelation of the great designs of Heaven for France, the Third Estate rose up and proclaimed itself the National Assembly, stripping King Louis XVI of his legislative authority. A mere four years later, on January 21, 1793, the revolutionaries sent the King to his death on the guillotine as if he were a common criminal.

At Rianjo, Jesus warns us that this dark chapter of history will repeat itself, and this time the ministers of His Church will be prominent among its hapless victims. It would appear that this mass organized execution of the Pope, together with other bishops, priests, religious and laity – as if they were common criminals – is what is foretold in the vision of Fatima released on June 26, 2000.

Note: Much of this article is adapted from https://fatima.org/about/fatima-the-facts/the-apparition-at-rianjo-1931/ 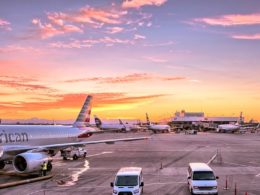 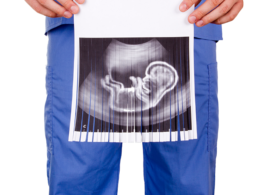 “He that is without sin among you, let him first cast a stone at her,” said Our Lord to the sinful woman’s accusers. And they all departed.
byJames Hanisch
One comment 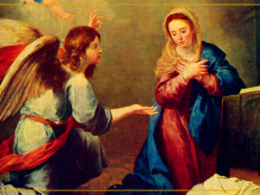 Creation and the Joyful Mysteries 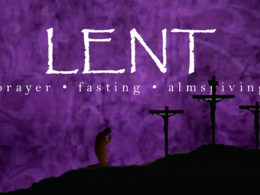