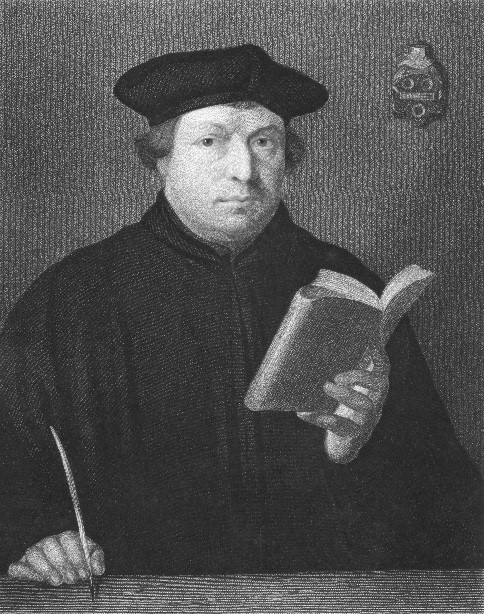 In our initial post on this 4-part series on Luther and the Reformation, we discussed the Second Vatican Council’s errant teaching that “separated churches and communities … have been by no means deprived of significance and importance in the mystery of salvation.” (Unitatis Redintegratio 3)

Consider now the Council’s take on the rupture created by the Reformation.

“There arose certain rifts … but in subsequent centuries much more serious dissensions appeared and large communities became separated from full communion with the Catholic Church for which, often enough, men of both sides were to blame.” (Unitatis Redintegratio 3)

Note the audacity in how the document partly blames the Catholic Church for the dissensions created by Luther, when in fact the Church acted impeccably in its response to the Reformation.

This is not to mention that sympathy for the Reformation is illicit. The Church judged that Luther and his followers were entirely at fault for the rupture created in the 16th century, which means it is not permitted for Catholics or even the pope to say that members of the Catholic Church were partly to blame.

And too, the document insidiously conveys the fallacy that separated brethren simply lack “full communion” with the Church, when in fact Protestant communities have absolutely no communion with the Church, no more than do Mormons. Pope Benedict himself said that Protestant churches “cannot be called ‘churches’” and therefore do not have “means of salvation.” (NBC News, July 10, 2007)

It appears that Pope Francis was drawing from the above conciliar text in making the following statement to the Lutheran-Roman Catholic Commission for Unity in January 2016: “Catholics and Lutherans can ask forgiveness for the harm they have caused one another and for their offenses committed in the sight of God.”

Nay, the harm was done solely by the Lutheran “reformers,” while the Catholic Church was blameless in the way it put down Luther’s revolt for the greater liberty of God’s people. Is the pope daring to infer that Luther was justified in his protest?

What Francis and his Vatican confederacy need to keep in mind is that Luther, the main force of the Protestant Revolution, was an antichrist figure who spent his life blaspheming the Church of our Divine Savior. Consider his own words.

“We too were formerly stuck in the behind of this hellish whore, the new church of the pope… so that we regret having spent so much time and energy in that vile h***. But God be praised and thanked that he rescued us from the scarlet whore.” (Luther’s Works, Vol. 41, p. 206)

“I can with good conscience consider the pope an ass and an enemy of God. He cannot consider me an ass, for he knows that I am more learned in the Scriptures than he and all his asses are.” (p. 344)

Let us not forget that Luther rejected six books of the Bible, which is stark proof of his contempt for Christ. Though he feigned allegiance to the Scriptures, this was only done to conceal his contempt for Holy Scripture, which shows just how dangerous this man was!

Accordingly, Luther contributed mightily to the mass murder of 70,000-100,000 peasants during the German Peasant War (1524-1525), which his Reformation helped to spark. Consider the following from Luther:

“To kill a peasant is not murder; it is helping to extinguish the conflagration. Therefore, let whoever can, smite, slay, and stab them secretly or openly, remembering that nothing can be more poisonous, hurtful or devilish than a rebel…. On the obstinate, hardened, blinded peasants let no one have mercy, but let whoever is able, hew, stab, and slay them like mad dogs.” (Erlangen Edition of Luther’s Works, Vol. 24.)

In 1526, Luther justified his role in the killing of peasants, saying, “I, Martin Luther, have during the rebellion slain all the peasants, for it was I who ordered them to be struck dead. But I refer all to our Lord God: for he commanded me to speak thus.” (Erlangen LW, Vol. 59, p. 284)

Luther also blasphemed Christ by alleging that He was an adulterer.  Proof of this is found in Luther’s Works, American Edition, Volume 54, p. 154, Concordia Publishing House.