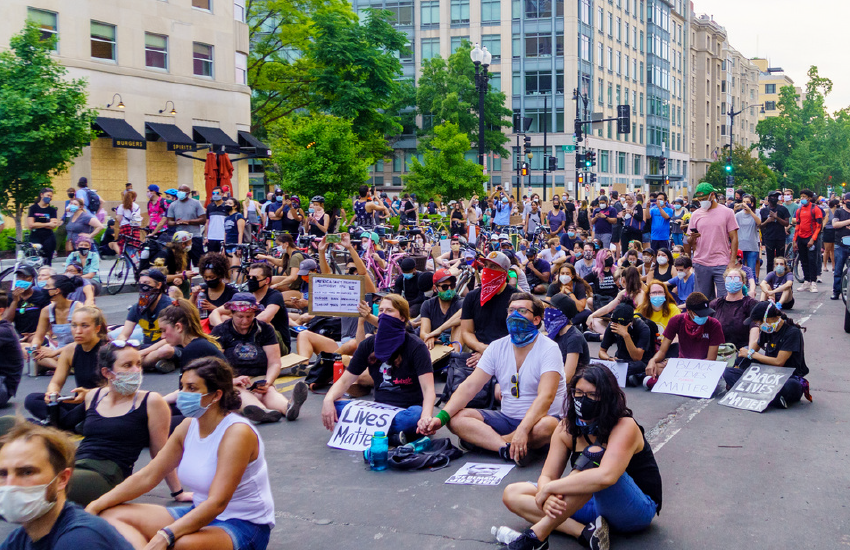 The Pagan Ritualism of the Coronavirus

With this article we begin a short series on the pagan ritualism surrounding the coronavirus hysteria.

The coronavirus really is the demonic gift that keeps on giving. Every day it seems there is another ridiculous headline to read alluding to some insane regulation or nonsensical extension of arbitrary restrictions. Of course, no matter how illogical these continued measures are, and how little if any basis they have in empirical medical practice, they continue nonetheless. The virus has become a veritable identity for many; it is something that people have aligned themselves with as a sort of persona to be lived out. Social media is full of profile pictures of people expressing themselves with a “selfie” of their face covered in some sort of supposedly fashionable mask.

This morning I stumbled across two things on Twitter that illuminated something to me that I had been mulling over for a while. The first was a post from a woman who works as a nurse in various clinics and hospitals. She apparently has seen a strong increase in people being treated for staph infection of the skin and other pulmonary infections of the lungs. The cause of these infections? Wearing masks. She posted dozens of screen-shots of messages she had received from people who were now on a severe dosage of antibiotics in order to treat their infection. One person even relayed that they were at risk of losing their nose.

The other item trending on Twitter that caught my attention was an MTV awards event that took place the night before. Now, I never waste my time with the imbecility of popular music/celebrity culture, but there was something about this event that seemed relevant to me. The reason it piqued my interest is that the headline said something about the pop-stars in question performing a song-and-dance routine with masks on… even though it was an event only attended virtually.

No one was at the event except the small number of dancers who accompanied the performers, yet they were wearing masks nonetheless.

Against my better judgement I looked further into the link and saw a snapshot of the event. The costumes were diabolically ugly and the masks made their faces look monstrous. The set was like something out of a horror movie, with organs and human body parts used as decor. However, there was still an attempt to sexualize the performers. It was one of the more disturbing things I think I have ever seen in my life. That being said, there were also numerous images of people sitting in their own homes, watching the event and cheering along from their webcams.

Let’s break this down for a moment. The most popular music channel on earth, MTV, put together a show for millions of people to watch from their homes that consisted of a diabolically inspired presentation of a sexualized death ritual of coronavirus allegiance.

While I was writing my recent book, Terror of Demons: Reclaiming Traditional Catholic Masculinity, I did a considerable amount of research into the pagan and New Age trappings that bring the demonic into the home. One such avenue of demonic entrance is through popular culture images and rituals that are transmitted through music and videos. I immediately recognized the diabolical nature of this MTV event. You see, as King David tells us, “the gods of the Gentiles are devils” (Ps. 95:5), which means the pagan deities are devils and not the One True God. Therefore, pagan rituals, whether new or old, are directed ultimately towards fallen angels.

The hallmarks of paganism always include some sort of sex-worship, whether explicit or not, and a worship of created things by way of idols. It is sort of ironic that we call pop-stars “idols,” isn’t it? Ultimately, pagan rituals seek to debase the human person to a place where they will willfully destroy their souls, and even their bodies, in allegiance to some sort of bodily or sacrificial ritual that must take place, in order to appease the gods.

The coronavirus is no longer, and was never, just a flu. It is an idol, a god that must be worshipped, and the pseudo-high priests of the big pharma complex demand obeisance to their every demand in order to save us from premature death. There is no word of mask-mandates being called back, even as people become seriously ill in ways that may require nose-amputations; instead, we must accept the demonic religious garment of the COVID mask.

Furthermore, these devils understand that our youth must be distracted from the insane reality of what is truly going on, and therefore they must manipulate the most influential vehicles of popular media to titillate the animalistic passions of those under the sway of a porn-addicted death-cult.

The singers who performed this pagan ritual were none other than Lady Gaga and Ariana Grande, two fallen away Catholics. The former has been propagating occult and demonically inspired videos for years, and the latter captured the demon infested consciousness of our culture with a song saying that God is a woman; I shudder at the feeling of even writing such words. Pray without ceasing for their conversion.

This pagan sex-ritualism is one of the errors of Russia that Our Lady warned about. She warned of immodest fashions, and implicit in the communist errors has always been sexual perversion as a means of social control. The worship of the state inherent to communism was difficult to maintain. The virus mania gives untold power to governments to act as the saviours of mankind, and COVID provides the tools necessary to fill the void of state-worship. Is it any wonder that all of the nonsense began in Communist China?

In our next article we will explore how the ritualist hygiene practices that are forced on us today are substantially similar to the ideology that led to Hitler’s Final Solution.