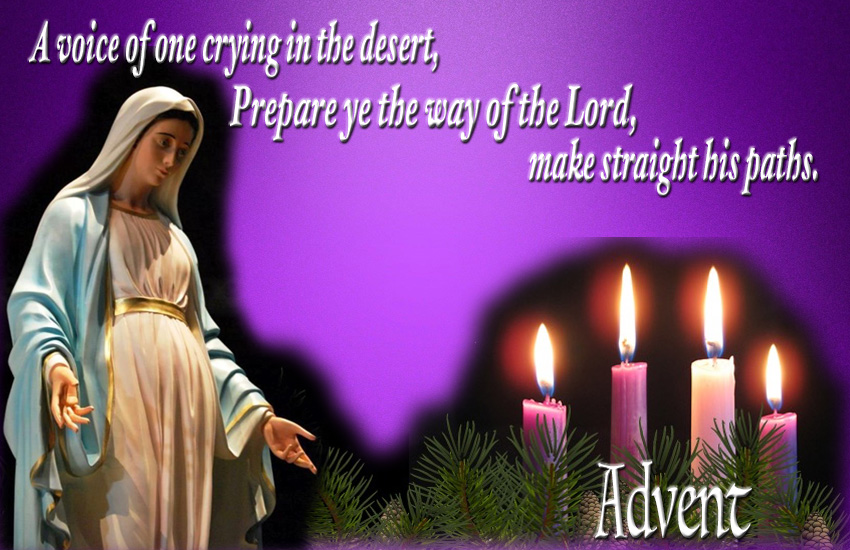 We find that this mystery of the Coming, or Advent, of Jesus is at once simple and threefold. It is simple, for it is the one same Son of God that is coming; it is threefold, because He comes at three different times and in three different ways.

This, then, is the mystery of Advent. Let us now listen to the explanation of this threefold visit of Christ, given to us by Peter of Blois:

“There are three Comings of Our Lord; the first in the flesh, the second in the soul, the third at the judgment. The first was at midnight, according to those words of the Gospel: At midnight there was a cry made, Lo the Bridegroom cometh!

“But this first Coming is long since passed, for Christ has been seen on the earth and has conversed among men. We are now in the second Coming, provided only we are such as that He may thus come to us; for He has said that if we love Him, He will come unto us and will take up His abode with us. So that this second Coming is full of uncertainty to us; for who, save the Spirit of God, knows them that are of God? They that are raised out of themselves by the desire of heavenly things, know indeed when He comes; but whence He cometh, or whither He goeth, they know not.

“As for the third Coming, it is most certain THAT it will be, but most uncertain WHEN it will be; for nothing is more sure than death, and nothing less sure than the hour of death. When they shall say, peace and security, says the Apostle, then shall sudden destruction come upon them, as the pains upon her that is with child, and they shall not escape. 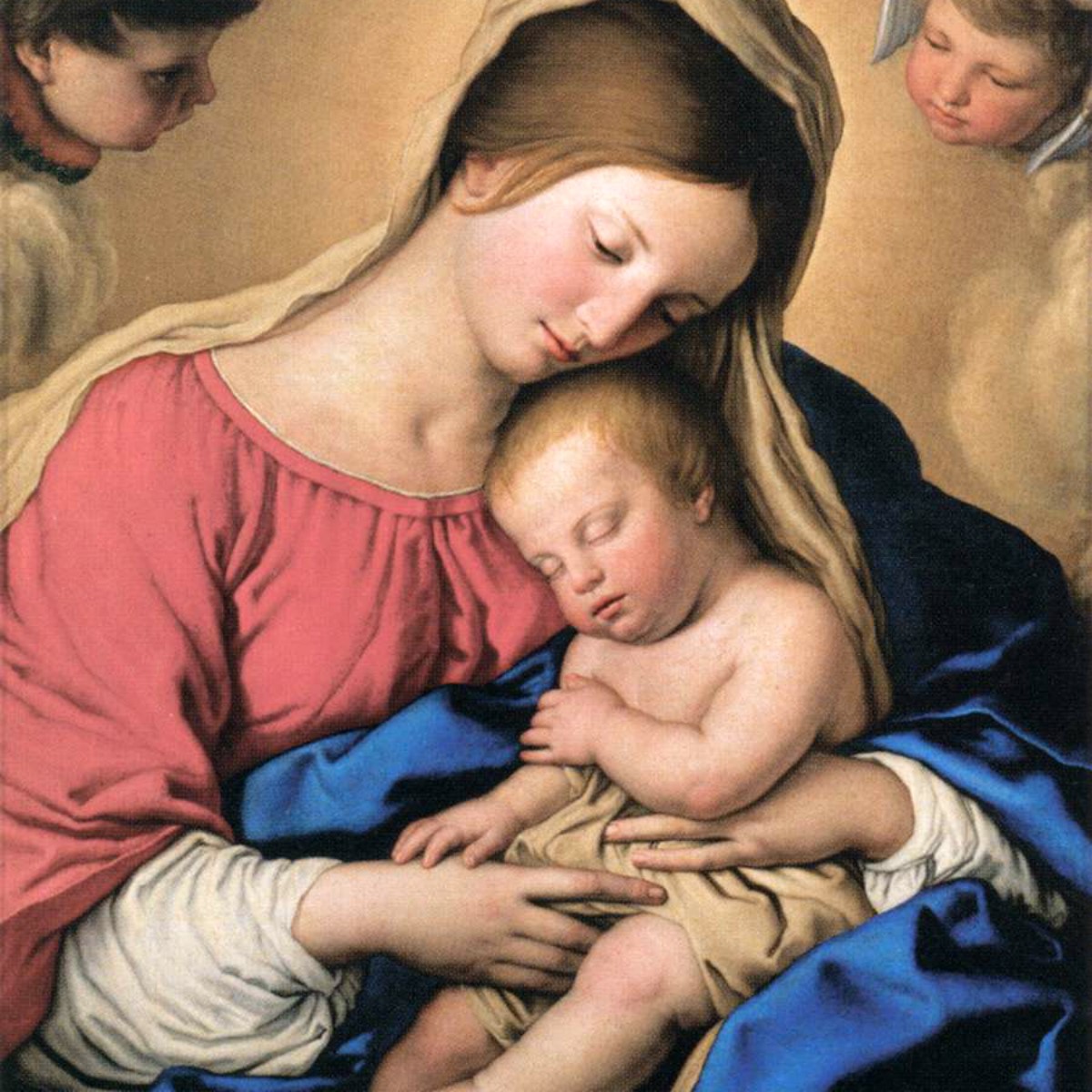 “So that the first Coming was humble and hidden, the second is mysterious and full of love, the third will be majestic and terrible. In His first Coming, Christ was judged by men unjustly; in His second, He renders us just by His grace; in His third, He will judge all things with justice. In His first, a Lamb; in his last, a Lion; in the one between the two, the tenderest of Friends.”

The holy Church, therefore, during Advent, awaits in tears and with ardor the arrival of her Jesus in His first Coming. For this, she borrows the fervid expressions of the Prophets, to which she joins her own supplications.

These longings for the Messias expressed by the Church, are not a mere commemoration of the desires of the ancient Jewish people; they have a reality and efficacy of their own – an influence in the great act of God’s munificence, whereby He gave us His own Son. From all eternity, the prayers of the ancient Jewish people and the prayers of the Christian Church ascended together to the prescient hearing of God; and it was after receiving and granting them, that He sent, in the appointed time, that blessed dew upon the earth, which made it bud forth the Savior.

The Church aspires also to the second Coming, the consequence of the first, which consists, as we have just seen, in the visit of the Bridegroom to the Spouse. This Coming takes place, each year, at the feast of Christmas, when the new birth of the Son of God delivers the faithful from that yoke of bondage, under which the enemy would oppress them (Collect for Christmas Day).

The Church, therefore, during Advent, prays that she may be visited by Him who is her Head and her Spouse; visited in her hierarchy; visited in her members, of whom some are living [the life of grace], and some are dead, but may come to life again; visited, lastly, in those who are not in communion with her, and even in the very infidels, that so they may be converted to the true light, which shines even for them.

The expressions of the Liturgy which the Church makes use of to ask for this loving and invisible Coming, are those which she employs when begging for the coming of Jesus in the flesh; for the two visits are for the same object. In vain would the Son of God have come, eighteen hundred years ago, to visit and save mankind, unless He came again for each one of us and at every moment of our lives, bringing to us and cherishing within us that supernatural life, of which He and His Holy Spirit are the sole principle.

But this annual visit of the Spouse does not content the Church; she aspires after a third Coming, which will complete all things by opening the gates of eternity. She has caught up the last words of her Spouse, Surely, I am coming quickly (Apoc. xxii. 20); and she cries out to Him, Ah! Lord Jesus! come! She is impatient to be loosed from her present temporal state; she longs for the number of the elect to be filled up, and to see appear, in the clouds of Heaven, the sign of her Deliverer and her Spouse.

Her desires, expressed by her Advent Liturgy, go even as far as this: and here we have the explanation of those words of the beloved Disciple in his prophecy: The nuptials of the Lamb are come, and His Spouse hath prepared herself!

But the day of this His last Coming to her, will be a day of terror. The Church frequently trembles at the very thought of that awful judgment, in which all mankind is to be tried. She calls it “a day of wrath,” on which, as David and the Sibyl have foretold, the “world will be reduced to ashes; a day of weeping and fear.”

Not that she fears for herself, since she knows that this day will forever secure to her the crown, as being the Spouse of Jesus; but her maternal heart is troubled at the thought that, on the same day, so many of her children will be on the left hand of the Judge, and, having no share with the elect, will be bound hand and foot, and cast into the darkness, where there shall be everlasting weeping and gnashing of teeth.

This is the reason why the Church, in the Liturgy of Advent, so frequently speaks of the Coming of Christ as a terrible Coming, and selects from the Scriptures those passages, which are most calculated to awaken a salutary fear in the mind of such of her children as may be sleeping the sleep of sin.