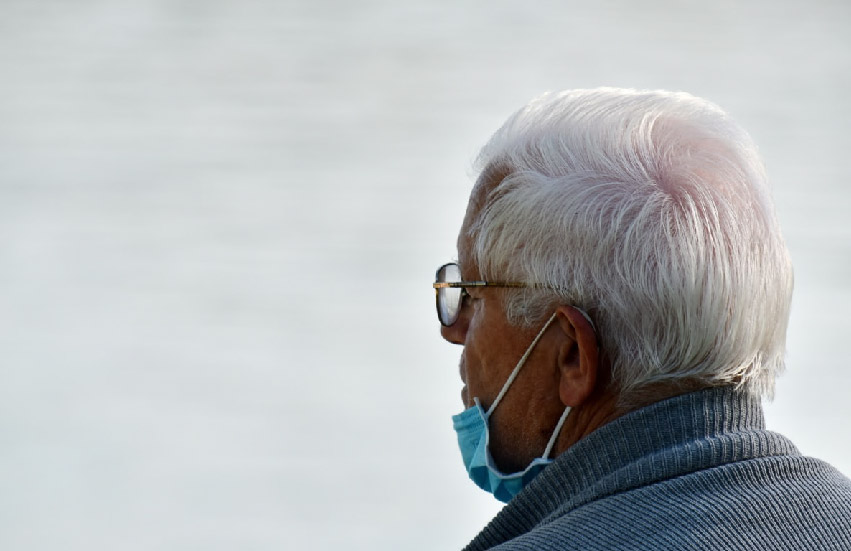 The Mask of the Beast

As the Wuhan Virus “pandemic” wanes all over the world, following the path of all influenza-like illnesses, the globalist Left labors to contrive new justifications for maintaining the pop-up dictatorships that have arisen in every Western nation on the pretext of the virus. The problem is that the dictators in the Kingdom of COVID — virtually all of them on the Left, especially in the United States — are losing their grip on the masses because the people have had quite enough of their nonsensical regimes of arbitrary and inconsistent restrictions on normal life, as we see here for example.

No one has better summarized the nonsense than a Circuit Court Judge in Illinois, who granted a temporary restraining order to one victim of Illinois Governor Pritzker’s dictatorship:

“Since the inception of this insanity, the following rules, regulations or consequences have occurred:

“I won’t get COVID if I get an abortion, but I will get COVID if I get a colonoscopy. Selling pot is essential but selling goods and services at a family-owned business is not. Pot wasn’t even legal and pot dispensaries didn’t even exist in this state until five months ago and, in that five months, they have become essential but a family-owned business in existence for five generations is not.

“A family of six can pile in their car and drive to Carlyle Lake without contracting COVID but, if they all get in the same boat, they will. We are told that kids rarely contract the virus and sunlight kills it, but summer youth programs, sports programs are canceled. Four people can drive to the golf course and not get COVID but, if they play in a foursome, they will. If I go to Walmart, I won’t get COVID but, if I go to church, I will. Murderers are released from custody while small business owners are threatened with arrest if they have the audacity to attempt to feed their families.”

But it seems the COVID-19 dictators have hit upon a gimmick that, so they hope, will allow them to control entire populations long after the virus has passed from the scene: mandated “face coverings.” Not necessarily masks, mind you, but something — anything — that will symbolize submission to the “new normal” by a simple dehumanizing covering of the face that reduces everyone to a faceless inhabitant of the realm of “the new normal.”

Take Virginia, for example, where there have been 3,210 pneumonia and influenza-associated deaths since January but only 1175 confirmed deaths attributed, however loosely, to COVID-19. Governor Northam, who defends abortion even at the moment of birth, has just nonsensically decreed — at the tail end of the outbreak, no less — that everyone in Virginia must begin wearing a “face covering” in all business establishments, not immediately to “save lives,” but starting this coming Friday, May 29. Until then, everyone is free to die for lack of a “face covering”!

Exceptions to this absurd decree, which only illustrate its utter pointlessness, include: “People who are eating or drinking at a restaurant. People who are exercising. People who have a health condition that prohibits a face covering.” And, of course, politicians who are speaking, including Northam, who removes his useless surgical mask whenever he drones on endlessly during his COVID-19 press briefings, with a massive outgassing of hot air that poses only a mental but not a physical threat to public health.

The “face covering” mandate is clearly nothing but a token of submission to arbitrary power that can be compared — facilely, I admit, but nonetheless instructively — to the “mark of the beast” we encounter in the Book of the Apocalypse (13:16-18): “And he shall make all, both little and great, rich and poor, freemen and bondmen, to have a character in their right hand, or on their foreheads. And that no man might buy or sell, but he that hath the character, or the name of the beast, or the number of his name.”

Now the “mark of the beast” is a sign of submission to the Antichrist, who has not yet made his appearance on the world scene. The state-mandated imposition of a “face covering,” on the other hand, is easily seen as the sign of subjection to another beast: the modern state system, unbound by any authority higher than itself, which closes the churches but opens the liquor stores, and professes that “every life is precious,” for purposes of the COVID-19 lockdowns, while slaughtering countless millions of innocent children in the womb.

This all-powerful state is the “mortal God” of Hobbes’ Leviathan, the “secular state whose sole end is the protection of physical life” — the unborn child excepted, of course. But, as the linked scholarly paper observes, this secular state involves precisely a theological outcome: “the transformation of politics into a secularized theology.”

And so the “face covering” — mandated at the end of an epidemic in an attempt to prolong a state of submission in the hapless masses — is rightly seen as the mark of a beast: the “mortal god” who has taken the place of the real God in political modernity and will, so its proponents hope, reign supreme in the “post-COVID world.” And it is that very world which is the stage for what will undoubtedly be the dramatic events for Church and State of which Our Lady prophesied at Fatima.