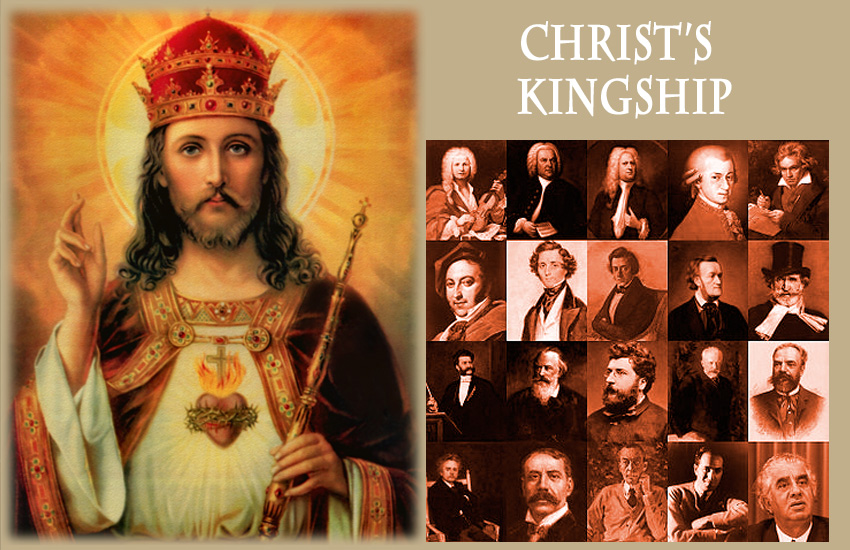 The Natural Order and Liberalism

(Read the previous post in this series: The Roots of Liberalism)

“The Liberal is a fanatic for independence; he extols it to the point of absurdity, in every domain.”
– Father Roussel, Liberalism and Catholicism

What Is the Natural Order?

It is a telling sign of our age that the world has confused itself even about the order of nature. First principles, causality, simple logic, and the priority of a thing’s purpose (final end) are given little importance. Consequently, basic truths concerning the fundamental nature of things are lost in a sea of misinformation and error. Simple and obvious things, like the binary nature of human gender, are now doubted by “educated” people, who claim that we can shape reality by our own perceptions.

I could go on with innumerable examples of the contagion of mass confusion that plagues our society, but I am sure the reader is well aware of more than a few examples.

The natural order is a very simple concept: it is the truth of the nature of things. Human beings have a nature; we are body and soul, a composite of the physical and the spiritual. Our soul is the form of our body, created for each unique person upon their conception by God.[1] We live in a world governed by the Natural Law, which does not only pertain to what are considered the Laws of Nature – this pertains to things like gravitation – but we are also beholden to metaphysical laws which govern the nature of the moral realm.

The Laws of Nature are in a sense “blind laws,” as they apply uniformly to each created thing. You might even say that the Laws of Nature happen to things, rather than the things themselves responding to the laws. Think of a leaf falling from a tree, for example; it simply follows fixed natural restraints and has no agency in its direction or velocity. On the other hand, the Natural Law presents human beings, who have an intellect and free-will, with eternally binding precepts that govern right conduct. It is easy to see this in the history of all civilizations, as things like running away in battle, cheating your neighbor in a transaction, or abandoning your family have never been laudable by any moral code. It is true that moralities have differed, but they have differed slightly. Some cultures may permit more than one wife, but they have never permitted an unfettered access to marry the spouse of another.

Liberalism Is Against the Natural Order

Subjectivism is perhaps the primary weapon that Liberalism uses against the Natural Order. Subjectivism means introducing freedom into the intelligence, a freedom to define the nature of things by one’s own perception.

There have been various forms of subjectivist thought throughout history, not least of which was the error of Nominalism.[2]  Whatever form subjectivist thinking manifests itself under, it attempts to conform truth to itself, rather than conform itself to truth. Subjectivist philosophy is a foundational precept of Liberalism, because it confuses the Liberal into thinking that he can define the reality of things for himself.

In a way, this is a primary step in turning away from God. The reality of God will not be defined by any man, but rather man is defined relative to his Creator. The act of defining truth is reserved for God alone; thus, when we define truth in a way contrary to what is real, we partake in the Original Sin by seeking to “be as Gods” (Gen 3:5). Descartes gives us the example par excellence when he says “I think therefore I am.”  What hubris for a man, any man, to think that his own existence is predicated upon, and subject to, his own thinking.

Evolution is another common mark of liberal thinking. The ideology of evolutionary thinking surely applies to the biological and philosophical errors of Darwinism, but it also applies to the realm of truth. In fact, evolutionary thinking in biology requires first a subjectivist mindset that immutable truths are not fixed, but instead “progress” towards some sort of ideal state or end.

The Liberal rejects immutable essences of things, because he believes there is no nature of things. He believes in the perpetual progressive evolution of man; the idea that the man of yesterday is not the same as the ‘modern’ man of today. Think how absurd it would be to suggest that an immutable truth has changed from one thing to another, simply because the day has changed from Monday to Tuesday. Yet this is the logic of evolution as it applies to truth, and it is integral to the liberal mindset.

The pinnacle of this collective insanity is fully on display in Teilhard de Chardin’s writings, who argued the ‘theological novelty’ that matter evolves into spirit. This is a diabolical error which plummets one into heresy and ruin. Such demonic madness allows the Liberal to say things like, “well, that’s just what the Church used to teach, but that no longer applies for we now know better” or “the Church has changed her mind on that teaching,” as if the Mystical Body of Christ could do such a thing.

A False Notion of Freedom

Independence is the final liberal affront against the Natural Order that we will consider. For the Liberal, conscience and the intellect are under the sovereign domain of the unique human person. There is a truth in this, as we do have a volitional[3] sovereignty over our thoughts and actions, but this does not mean that our freedom to act permits us to think or believe anything we want.

In the most basic sense we can superficially assent to any philosophical or religious whim; however, if we do not conform ourselves to truth, we will conform to error. Jesus Christ is not found in error, there is no Eternal Life without Christ; thus, the unfettered intellectual independence of the Liberal is an invitation to cut ourselves off from the Divine Life.

Ultimately, the Liberal follows the idol of independence in a rejection of lawful authority, the primacy of the Church, and even an independence from reason itself. Liberal independence synthesizes the errors of subjectivism and evolution, paving the way for the delirium that now characterizes our moral landscape. No modern reality could more effectively demonstrate these errors than the legalization of abortion: the individual, independent of God, defines the value of human life for himself, as he believes that human society has evolved to a point of progress that allows for the destruction of unborn children.

Perhaps we could end by saying, Liberalism is insane.

[1] We are aware that among Catholic theologians and philosophers there is a reasonable debate over the exact moment when a unique and individual soul is created by God. For example, some have held at conception, others at quickening, and there are various other opinions. To date, the Catholic Church has not issued an infallible decree laying this question to rest. Metaphysical exactitude regarding that specific question is not necessary for the purposes of this article, nor do we mean to enter into that discussion in this particular essay.

[2] Nominalism consequently denies the existence of abstract and universal concepts, and refuses to admit that the intellect has the power of engendering them.

[3] Human volition is the faculty or power of using one’s own free will.