The West has witnessed, with general complacency, a long erosion of decency in manners and language. The masters of media have played a leading role in this degradation of culture, but their success could not have come about so easily and near totally had there been a core of deep-rooted resistance among the majority of those who regularly consume films and the offerings of television and radio. The media have perhaps more exposed than caused the depravity that appears ubiquitous.

There is little point lamenting what has come to pass, but for those of us still possessed of a sense of human dignity and moral rectitude there may be hope that something good will rise from the ruins. With the election of Donald Trump, the media in the United States and much of the West have cast off whatever remaining fig leaf of civility and courtesy they had maintained and now appear in all their naked vulgarity and hatred. The most abusive and obscene language is now countenanced as justifiable so long as its target is the president or his supporters. It is as though a dam, long cracked and dangerously leaking, has finally burst and the soft banks of civility have been washed away in the onrushing flood.

Why this should be the case is arguable. Trump is an intruder, someone who blundered into a rigged game and exposed the cards everyone was holding up their sleeves. And, what is truly intolerable to the media and their political allies, is that he beat them all.

Their hatred of him, however, cannot be accounted for by anything short of the demonic. Trump is a thrice-married builder of golf resorts and casinos; he is given to boasting and crude language; he does not fear the news media nor the party bosses. He talks directly to people in plain language. None of this, however much it departs from establishment procedures, has earned him the visceral hatred that is directed at him around the clock from every conceivable quarter. It is not Trump’s bluster, his moral failings, his rough manners that arouse this deepest enmity. It is his goodness.

Whatever his sins, Trump gives what appears to be a sincere nod of approbation toward a vague form of Christianity. He is pro-life, if not perfectly so, at least sufficiently so to alarm the Left, for whom support for abortion is the shibboleth. He seems to care genuinely about the welfare of ordinary working people and is actually doing something to help them. His love for America is not campaign window-dressing or a cosmetic cover for globalism. He is a patriot.

For these few virtues, he is being attacked. His moral failings mean nothing to his critics, despite claims to the contrary. The Left supports moral monsters as a matter of course, so long as their political orientation is correct. In fact, the more monstrous, the better. The Clintons – greedy, rapacious, corrupt, depraved – are the model of New World Order leaders. Hillary Clinton’s loss to Trump represents a threat to that order that cannot be allowed to stand.

Trump’s victory is like a disinfectant poured on a dirty wound: all the puss is bubbling up, rising to the surface and becoming visible in all its putrid color. So long as the corrupt forces were winning and securely in control, a veneer of civility was possible. The undermining of all decency continued undisturbed, but the protectors and propagators of depravity could appear as reasonable and respectable. But with their unexpected defeat, a rage has ensued which they do not appear able to control. The last vestiges of decency and decorum have been cast off. Goodness, however enfeebled and confused in its expression, cannot be allowed a hearing and a high profile.

But in their rage, the Left have exposed themselves as never before. Whatever superficial fairness and respect for opposing viewpoints they feigned in the past are now gone. Whoever, whatever stands against them must be destroyed – utterly. The entire apparatus of government, of the political parties, of Hollywood and entertainment media, of broadcast news, of print journalism, of community organizing with paid and often violent agitators, of condoned acts of vandalism, of legal intimidation, of incendiary rhetoric – all is ranged against Trump as the remaining representative of traditional moral conscience in the West.

This unlikely candidate, this erstwhile poster child of ambition and vainglory, Donald Trump, for his vestigial loyalty to the remnants of Western civilization has called down upon his head the curses of the mighty who thought they had won. Trump, as bizarre as it sounds, stands as a reminder that decency has not been entirely vanquished.

The profanity and obscenity that assaults us every day from those who appear to hate Donald Trump is but the unmasking of the grand plan to destroy the few crumbling structures of Christendom and bury it once and for all. That we have descended into a morass of the vilest language and ugliest emotions we have ever witnessed in the public square may be so, but this may also be a good thing, not in itself but in what it portends.

Sometimes, we have to reach the bottom before we can begin our ascent. This is a principle recognized in the history and treatment of addicts. It may also hold true for a society that has become addicted to its own self-indulgence and fecklessness. For too long, decent people have been complacent in the face of the ongoing assault on all that is good and wholesome, on all that leads us to a greater love of God and each other. We have been like frogs cast into a pot of water that is slowly being raised to the boiling point, when it will be too late to escape. This may be our chance to jump out of the pot.

Many people are turning away from the media, whose corruption and manipulation is becoming ever more obvious. Many are becoming disgusted with Hollywood, with film stars turned political commentators who mouth the foulest of denunciations and threats. Many are starting to recognize the hypocrisy of the movie industry, virtue signaling to the rest of the nation while covering up its own sexual exploitation and unprincipled opportunism. In short, many appear to have had enough – and their number is growing. This is why Trump is hated. Wittingly or not, he has become the instigator of a moral awakening. This is why he must be destroyed.

Whatever the fate of Donald Trump, we have now in our power a chance to keep from sinking into the abyss of depravity. We can see now that we have been manipulated, deceived, programmed to accept whatever is given to us as news, as entertainment, as political correctness. We can stand up, stand apart, declare our independence from the media masters and their globalist allies. We can stand against the demonic and rescue, for ourselves and our children, the seeds of decency. When the fields are cleared of the deformed growths that have choked all that is good and beautiful and wholesome, we may plant these seeds again and watch them blossom and bear fruit for posterity. So, let’s take heart. All is not lost and what seems the end may be a beginning. With God, all things are possible. 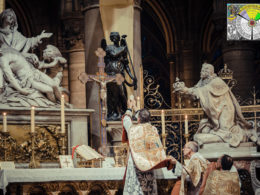 At What Times May Mass Be Celebrated? The time of day in which the Holy Sacrifice of the…
byMatthew Plese
14 shares
14
0
0
0
No comments 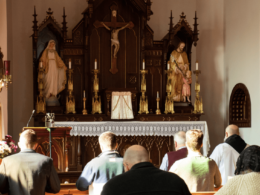 Catholic Apologetics #73 (Read What Are Sacramentals and Why Have Them Blessed?) What Is the Sabbath Day? Sunday…
byMatthew Plese
50 shares
50
0
0
0
No comments 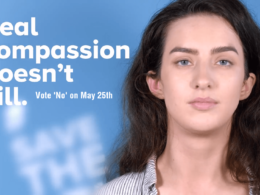 Abortion in Ireland and the Consecration of Russia

(Photo credit:”Real Compassion doesn’t kill. Vote No on the 25th May [CC]” by Save the 8th) The recent…
byJoanna Swords