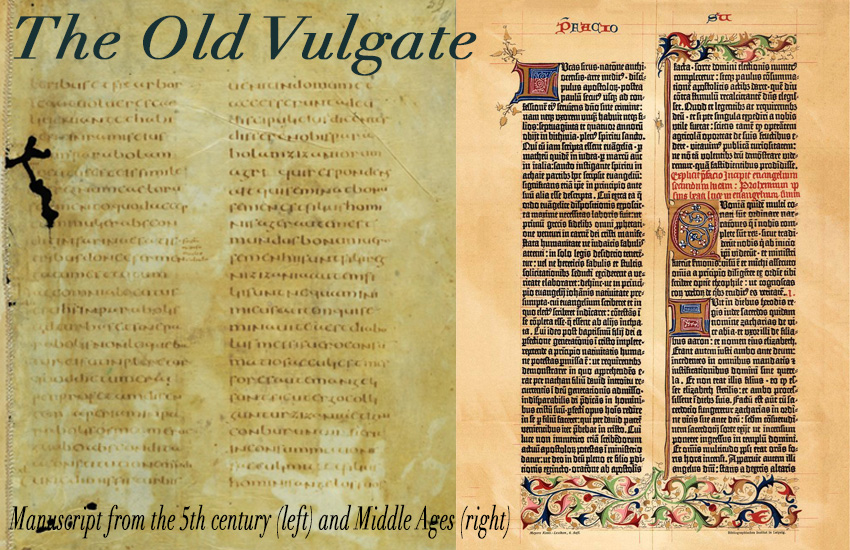 (Read Part 1 – An Introduction – How Did We Get the Bible?)
(Read Part 3 – The Inerrancy of Sacred Scripture)

Part 2 – Basic Catechism on the Bible

“If anyone does not accept as sacred and canonical the aforesaid books in their entirety and with all their parts, as they have been accustomed to be read in the Catholic Church and as they are contained in the old Latin Vulgate Edition, and knowingly and deliberately rejects the aforesaid traditions, let him be anathema.” 4th session, Council of Trent [1]

Translating the Holy Scriptures requires a much more sophisticated approach than strict word-for-word translation. This approach can suffice for certain phrases, but it cannot do so for transmission of the intent and perception of the inspired author. Translating something requires an intimate knowledge of the languages and the subject matter. For example, Chris Ferrara, fluent in Italian, was a perfect choice for the English translation of Antonio Socci’s book The Fourth Secret of Fatima. Ferrara’s expertise on the subject of Fatima ensured that the proper intent of the author would not be lost, and that the translation would be faithful.

The Church has always endorsed the Latin Vulgate, edited, compiled, and translated by St. Jerome. St. Jerome (347-420 AD) was born in the Roman province of Dalmatia, in the area we know today as Bosnia. He spent much of his formation as a Christian in Rome, Gaul, Constantinople, and Antioch. Finally, he spent the rest of his days as an ascetic living in a monastery he founded near Bethlehem. Christian traditions relate how he often prayed and studied in the very cave where Our Lord was born. Because of his continual education and immersion in all the major language centers of biblical literature and the Early Church, St. Jerome was uniquely qualified in his abilities to accurately translate the Scriptures. More importantly, he was a master theologian, lived a life steeped in the mind of the Church, and attained great holiness. [2]

From the Hebrew tradition, the early Church accessed the Tanakh, which is roughly equivalent to what we know as the Old Testament. We also have what is called the Septuagint (often abbreviated LXX), which stands for “the seventy interpreters.” During the 3rd century BC, Ptolemy II, King of Egypt, commissioned seventy of the finest Hebrew scholars to compile a faithful translation of the Old Testament into Greek. [3]

That for a thousand years the Vulgate was used as the standard translation seems generally unquestioned. Surely, the Eastern Rites of the Church would consult versions in the languages of their liturgies; however, there was a continuity with Rome, and the mind of the Church governed interpretation. It should be noted, as important as the language is, equally important is the interpretation. Many conflicting Jewish sects existed at the time of Christ, and they all had access to the same ancient versions of the texts. Throughout the years preceding the Protestant Revolt, we see the advent of various heretical works, such as the Wycliffe Bible. Since Martin Luther, there has been an explosion of erroneous translations in many languages ever since.

The Council of Trent dealt with these erroneous translations, declared the Vulgate to have primacy, and required that all translation efforts must be in keeping with the sense of the Vulgate. In fact, Pope Pius XII declared in Divino Afflante Spiritu, his 1943 encyclical on the Scriptures, that the continuous use of the Vulgate Bible in the Church for many centuries showed that it was “free from any error whatsoever in matters of faith and morals.”

In English, there is one official version that most faithfully translated the infallible Vulgate: the Douay-Rheims. The Rheims New Testament was completed in 1582, and the Douay Old Testament was completed in 1610, predating the completion of the King James Version. Bishop Challoner revised the language of the original Douay-Rheims version in order to provide a more palatable “englishing” of the original versions while staying completely faithful to the Vulgate.

Various English-speaking Bishop’s Conferences have given tacit approval to “new” versions of the Bible for liturgical purposes. Unfortunately, these versions offer in many cases a sterile and mundane language, and also tend to come from panels of “scholarly experts,” often full of non-Catholics, who only appeal to the Latin translation as a secondary source.

These “new” and “revised” versions that do not rely on the Vulgate should be avoided. Of course, those with special training can appeal to ancient languages to better understand certain things, but any sense of Scripture must match the sense of the Vulgate. As faithful Catholics, we should keep in mind that only the Vulgate version of the Scriptures has been acknowledged as inerrant by the infallible authority of the Church. The ancient versions found in Greek, Hebrew or Aramaic and the new versions found in a multiplicity of languages do not have this guarantee of inerrancy. If we are unable to read Latin proficiently, the closest we English speakers can get to the Vulgate is the Douay-Rhiems. It is true that the Douay-Rheims can be difficult to read in some places for modern readers; however, it is not the Bible’s job to conform to our ears, but instead the reverse.

Finally, Archbishop Fulton Sheen personally recommended the Knox Translation, likewise endorsed [5] by Pope Pius XII, which explicitly uses the Vulgate as its main source, and is usually presented side-by-side with the Vulgate out of obedience to Tradition. It offers a very readable translation, but without compromising the glory of classical English.

For further study, I recommend the sermon “Take Up and Read” from this link.

Editor’s Note: Another excellent resource is Pope St. Pius X’s encyclical Lamentabili Sane (1907). He wrote this document specifically to oppose and eliminate many errors, influenced by Protestantism and Modernism, which had seeped into Catholic studies on Sacred Scripture. Many traditional Catholics are familiar with Pius X’s monumental encyclical against Modernism (Pascendi Dominici gregis), but this document served as a kind of precursor to it. Here is the opening passage:

“With truly lamentable results, our age, casting aside all restraint in its search for the ultimate causes of things, frequently pursues novelties so ardently that it rejects the legacy of the human race. Thus it falls into very serious errors, which are even more serious when they concern sacred authority, the interpretation of Sacred Scripture, and the principal mysteries of Faith. The fact that many Catholic writers also go beyond the limits determined by the Fathers and the Church herself is extremely regrettable. In the name of higher knowledge and historical research (they say), they are looking for that progress of dogmas which is, in reality, nothing but the corruption of dogmas.”

In the remainder of this encyclical, St. Pius X delineates specific errors which he categorically condemns! They are well worth a read. It is an indicative sign of the grave crisis in our Church today that many of these errors have become acceptable, even standard, in contemporary Catholic Scripture scholarship.

[1] When a General Ecumenical Council uses the phrase “let him be anathema” it is using its extraordinary power of infallibility.

[2] Although intelligence and research are important factors in translating the Bible, holiness is by far the most important criteria. The Church teaches that the Scriptures must be interpreted as they were inspired; namely, under the guidance of the Holy Ghost. This is a reason why the Catholic Church, the holy and immaculate Bride of Christ, is the only official and true interpreter of the Sacred Scriptures. A scholar could be a linguistic, historical and philosophical “genius,” but if he does not have the True Faith, he will NOT be able to interpret the Scriptures correctly. Supernatural grace is needed! The more one is united to the Holy Ghost (i.e. the greater their sanctity), the more correctly one will interpret and translate the Bible.

[4] Pope St. Damasus (+384 AD) oversaw the final doctrinal defeat of the Arian heresy at the First Council of Constantinople (381 AD). He also supported Emperor Theodosius the Great in establishing Christianity as the official religion of the Roman Empire through the Edict of Thessalonica (380 AD).

[5] While an endorsement or recommendation by an ecclesiastic is noteworthy, it does not carry the same authority as an infallible “anathema” declaration of a General Ecumenical Council.