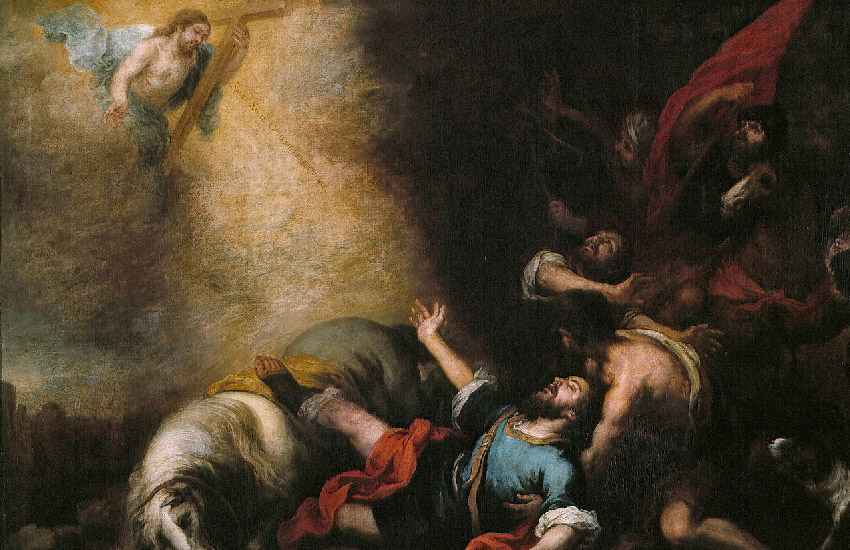 In his sermon on the Feast of Saints Peter and Paul, Francis issued his umpteenth broadside against Tradition.  Describing Saint Paul before his conversion as a “fundamentalist” who was engaged in “the intransigent defence of tradition, rather than making him open to the love of God and of his brothers and sisters,” Francis declared that “God set him free from this…” The implication being that Catholics who “intransigently” defend the traditions of the Church are likewise in need of being set free from their “fundamentalism.”  Like Saint Paul, says Francis, we must be “free from a religiosity that makes us rigid and inflexible…”

What Francis fails to mention (of course) is that, once converted to the religion Christ founded, Saint Paul became precisely an “intransigent” defender of the Church’s traditional teaching. As he famously admonished the Thessalonians: “But stand fast; and hold the traditions which you have learned, whether by word, or by our epistle.” (2 Thess. 2:14-16) And, even more “intransigently,” he warned the faithful of Galatia that “though we, or an angel from heaven, preach a gospel to you besides that which we have preached to you, let him be anathema.” (Gal. 1:8) In short, no one was more “rigid” than Saint Paul.

In his endless polemic against the “rigid” — meaning the faithful — of today, Francis never explains what happens after one is set free from traditional Catholicism. What replaces the abandoned traditions — above all, the traditional Latin liturgy Francis so obviously loathes, especially as it is so attractive to the young, whom he considers “rigid” and probably psychologically disordered?

There is never any answer to this question, but only Modernist cant like that in the aforementioned sermon: “We too have been touched by the Lord; we too have been set free. Yet we need to be set free time and time again, for only a free Church is a credible Church. Like Peter, we are called to be set free from a sense of failure before our occasionally disastrous fishing. To be set free from the fear that paralyzes us, makes us seek refuge in our own securities, and robs us of the courage of prophecy.”

What is that supposed to mean?  Nothing, really, beyond this:  In order to be “free,” the Church must be in a constant state of flux — “set free time and time again.” Change for the sake of change is the order of this pontificate.  Much as it was during the disastrous pontificate of Paul VI, who made this stupefying pronouncement, then unparalleled in Church history, just before he unleashed a rampage of ecclesial self-destruction that would leave him weeping in the Vatican corridors:  “The important words of the council are newness and updating…the word newness has been given to us as an order, as a program.”  Newness for the sake of newness.  Newness just because it is new.  A sentiment that could not be more alien to the role of the papacy as conservator of what has been handed down as a work of the Holy Ghost — both Apostolic and ecclesiastical tradition, for the two form an integral whole.

In their epochally embarrassing defense of the ruinous changes in the Church since Vatican II, Messrs. Likoudis and Whitehead blithely observe that after the Council “the Catholic Church embarked on a series of reforms and changes which have scarcely left a single Catholic unaffected; and which, in many respects, have changed the external image of the Church.”  (The Pope, the Council and the Mass, p. 11)  What they are defending is a mass abandonment of ecclesiastical traditions, first and foremost the traditional liturgy, which abandonment has inevitably resulted in loss of adherence to the Apostolic traditions, including the dogmas of the Faith.  (Which is not to mention that the Canon of the Latin Mass is itself of Apostolic origin.) Lex orandi, lex credendi. One worships as one believes.

What Likoudis and Whitehead, like Francis, refuse to see is that ecclesiastical traditions are like the bark on a great oak that grows along with the tree — surrounding, nourishing and protecting its living core.  Strip away the bark and the tree dies.  In just this way have large swaths of the Church died off in those areas where the bark has been stripped, surviving in a healthy condition only where patches remain — in precisely those places where traditional Catholicism in all its integrity is still practiced, despite the best efforts of a wayward Pope to replace what has been handed down for centuries with windy rhetoric about “the courage of prophecy.”  It doesn’t take courage to change everything in the Church for the sake of change. What it takes is a reckless and obstinate arrogance whose outcome can only be tragic.  Francis, his gaze casting about endlessly for signs of “rigidity,” might benefit from turning his gaze to the nearest mirror.