As sings the Introit for today’s Mass Propers: “Let us all rejoice in the Lord, celebrating a festal day in honor of blessed Thomas the Martyr: at whose martyrdom the Angels rejoice, and praise the Son of God. Rejoice in the Lord, O ye just: praise becometh the upright.”

The Life and Martyrdom of St. Thomas Becket

St. Thomas Becket, also known as St. Thomas of Canterbury, was the Archbishop of Canterbury from 1162 until December 29, 1170, the date of his assassination. While he originally was appointed the Archbishop from a secular role – and having received all Holy Orders immediately before his episcopal consecration – St. Thomas soon after was touched by God’s grace and, to the dismay of the king, advanced the rights of the Church over those of the king’s own personal interests. Richard Burton’s 1964 film, Becket, tells the story of his conversion of heart.

St. Thomas Becket entered into a lengthy dispute with King Henry II of England when Henry wished for St. Thomas Becket to make the Church subservient to the secular rule of the King. As a result, St. Thomas Becket – ever faithful to the Lord – was slain in the Cathedral in Canterbury on December 29, 1170, while at the altar praying Vespers. The account of the assassination as provided by Edward Grim details the cold-blooded attack against him:

“The wicked knight leapt suddenly upon him, cutting off the top of the crown which the unction of sacred chrism had dedicated to God. Next he received a second blow on the head, but still he stood firm and immovable. At the third blow he fell on his knees and elbows, offering himself a living sacrifice, and saying in a low voice, ‘For the name of Jesus and the protection of the Church, I am ready to embrace death.’ But the third knight inflicted a terrible wound as he lay prostrate. By this stroke, the crown of his head was separated from the head in such a way that the blood, white with the brain, and the brain no less red from the blood, dyed the floor of the cathedral. The same clerk who had entered with the knights placed his foot on the neck of the holy priest and precious martyr, and, horrible to relate, scattered the brains and blood about the pavement, crying to the others, ‘Let us away, knights; this fellow will arise no more.’”[1]

In 1173 – barely three years after his death – St. Thomas was canonized by Pope Alexander III.[2] On July 12, 1174, Henry II visited the tomb of St. Thomas Becket in a display of public penance. (Imagine, those were the days when a populace was sufficiently Catholic that a major head of state would publicly render penance in order to maintain his credibility and legitimacy to rule.)

In the 50th jubilee year of his death, on July 7, 1220, St. Thomas Becket’s remains were moved to Trinity Chapel in one of the most important ceremonies in Medieval Christianity. This triumphant translation of relics was attended by King Henry III, the papal legate, the Archbishop of Canterbury Stephen Langton, and many others. A “major new feast day was instituted, commemorating the translation, that was celebrated each July almost everywhere in England and also in many French churches,”[3] which remained until it was suppressed in 1536 by the English Reformation.

Anglicanism Sought to Wipe Out the Memory of St. Thomas Becket

Providentially, the Feast of St. Thomas Becket occurs within the Octave of our Blessed Lord’s Nativity. On this connection between St. Thomas Becket, Christmas, and St. Stephen the First Martyr, Dom Guéranger astutely demonstrates:

“Now, all this Fortitude, and the whole of this Victory, come from the Crib of the Infant Jesus: therefore it is that we find St. Thomas standing near it, in company with the Protomartyr Stephen. Any example of humility, and of what the world calls poverty and weakness, which had been less eloquent than this of the mystery of God made a Little Child, would have been insufficient to teach man what real Power is. Up to that time, man had no other idea of power than that which the sword can give, or of greatness than that which comes of riches, or of joy than such as triumph brings: but when God came into this world and showed Himself weak and poor and persecuted – everything was changed. Men were found who loved the lowly Crib of Jesus, with all its humiliations, better than the whole world besides: and from this mystery of the weakness of an Infant God they imbibed a greatness of soul which even the world could not help admiring.

“It is most just, therefore, that the two laurel-wreaths of St. Thomas and St. Stephen should intertwine round the Crib of the Babe of Bethlehem, for they are the two trophies of His two dear Martyrs. As regards St. Thomas, divine Providence marked out most clearly the place he was to occupy in the Cycle of the Christian Year by permitting his martyrdom to happen on the day following the Feast of the Holy Innocents; so that the Church could have no hesitation in assigning the 29th of December as the day for celebrating the memory of the saintly Archbishop of Canterbury. As long as the world lasts, this day will be a Feast of dearest interest to the whole Church of God; and the name of Thomas of Canterbury will be, to the day of judgment, terrible to the enemies of the Liberty of the Church, and music breathing hope and consolation to hearts that love that Liberty, which Jesus bought at the price of His Precious Blood.”[4]

In an era where the Catholic Faith is under assault from both within and without the Church, we should have recourse to the intercession of St. Thomas Becket. This saint was murdered not by a pagan Roman emperor but by a baptized Christian king. He was slain by his own countrymen for standing firm for the Church’s supreme authority. And while Henry VIII and his Anglican usurpers have attempted to blot out his name, it will forever be remembered in the Church’s liturgical year. As year by year we honor the birth of the Son of God in Bethlehem, so too we will always honor St. Thomas Becket and invoke his aid to strengthen our priests and bishops to hold fast to the Catholic Faith and maintain uncompromising fidelity to the Truth.

[2] Pope Alexander III (1159-1181) was locked in a titanic conflict with the Holy Roman Emperor, Frederick Barbarosa, which mirrored the conflict between St. Thomas Becket and Henry II. Alexander had to spend much of his papacy away from Rome while Barbarosa-appointed antipopes ruled by imperial military force.

The Final Stage of the Conciliar “Opening to the World”: The World Moves in for the Kill

Fatima Perspectives #1226 Deluded “visionary” that he was, Jacques Maritain, mentor of none other than Pope Paul VI,…
byChris Ferrara 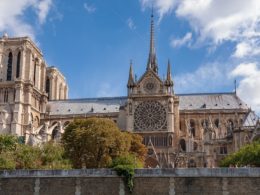 On the Rebuilding of Notre Dame: A Dissenting Opinion

The estimate now stands at a billion Euros. That’s how much money has been pledged so far for…
byEd Faust
68 shares
68
0
0
0 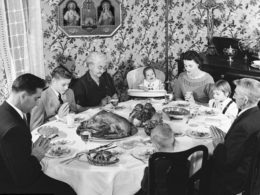 Read the previous article: Fasting in the Early Modern Era (Part 6) Fasting Changes at the Turn of…
byMatthew Plese
77 shares
49
0
28
0
No comments 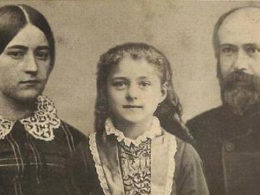 St. Thérèse of Lisieux’s parents, Saints Louis and Zelie Martin, were both devout Catholics and loving parents to…
byMatthew Plese
46 shares
46
0
0
0
No comments