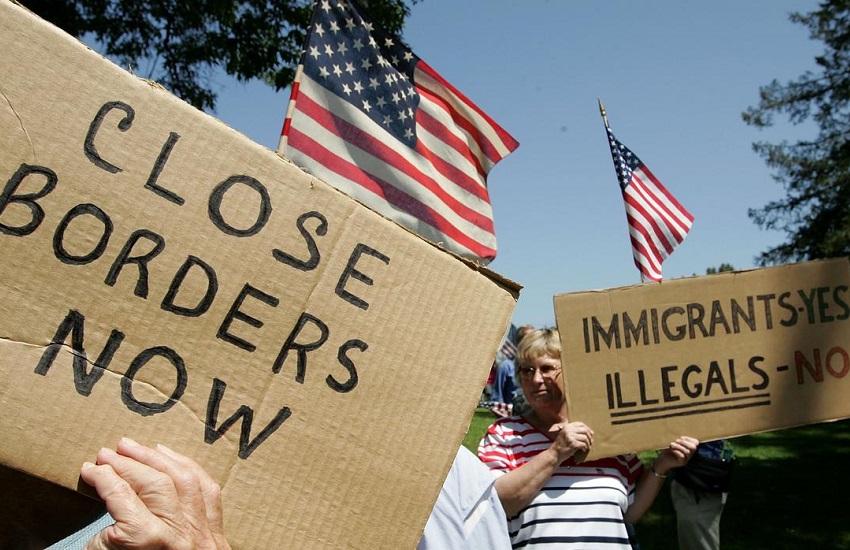 Contrary to what the controlled media tell you, the immigration crisis is a top-of-the-mind issue throughout North America and Europe. Asylum-seekers, “refugees” and (mainly) economic migrants are flooding across the porous borders of the so-called “rich countries” at the rate of tens of thousands every day. 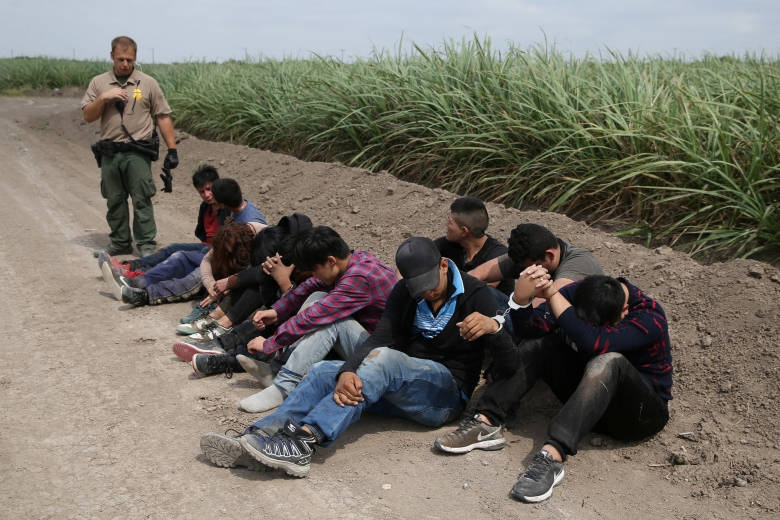 For every illegal immigrant that gets caught, 100 other “undocumented aliens” find sanctuary in states and cities ruled by liberal elites. We reward them for breaking the law by giving them food, accommodation and all the benefits of the welfare state to which they are supposedly “entitled”.

Pope Francis has a front-row seat on the pro-immigration bandwagon. Welcome all “refugees”, he tells us, especially the Muslims. Never mind that the fabric of Western society is gravely threatened by the presence amongst us of millions who not only do not share but are actually antagonistic to the Christian values which have made ours the greatest civilization in history.

In his latest screed, Gaudete et Exsultate, the Holy Father tells us that we should “rejoice and be glad” that the Islamization of the West is proceeding faster than the Prophet could have dreamed, with hardly a voice being raised in protest.

“Some Catholics consider [immigration] a secondary issue compared to the ‘grave’ bioethical questions,” Francis wrote. For a Christian, “the only proper attitude is to stand in the shoes of those brothers and sisters of ours who risk their lives to offer a future to their children.” Referring to Matthew 25:35, he asks, “Can we not realize that this is exactly what Jesus demands of us, when he tells us that in welcoming the stranger we welcome Him?”

Pope Francis defends his incessant insistence on being nice to “refugees” by saying “This is not a notion invented by some pope, or a momentary fad. In today’s world too, we are called to follow the path of spiritual wisdom proposed by the prophet Isaiah to show what is pleasing to God.”

To prove the sincerity of his devotion to the cause of “refugees” (not to mention his humility), Francis has since 2015 instructed the Papal Almoner to accommodate a refugee family or two within the Vatican itself. But only temporarily, to be sure, after which they are given over to the care of the city of Rome.

The difference is notable. The “refugees” welcomed by the Pope quickly become someone else’s problem. Those who accept Justin Trudeau’s invitation to come to Canada (to flee the evils of Amerikkka!) stay in the Great Once-white North forever!

Welcoming the stranger is not “a problem for politicians to sort out”, says Francis, but the task of every Christian in day-to-day life. How can we not follow the Pope’s noble example? 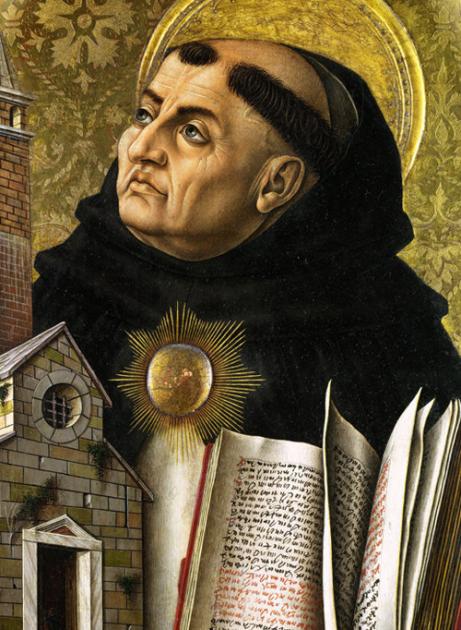 Well, hold on there, your Holiness! The great medieval scholar, Saint Thomas Aquinas, takes quite a different view of the topic. In the Treatise on Law of his Summa Theologiae, Question 105, Article 3, the Doctor of the Church argues that every nation has the right to determine who can be allowed to migrate to it and to establish immigration policies accordingly.

Discussing “Whether the judicial precepts regarding foreigners were framed in a suitable manner”, Saint Thomas analyzed how the ancient Israelites actually applied God’s commandment to welcome the stranger. The Jews did not admit visitors from all nations equally, he wrote, since peoples closer to them were more quickly integrated into the population than those who were not as close. Moreover, people coming from certain nations were not admitted into Israel at all, due to their hostility toward the Jewish people and culture.

Saint Thomas identified three types of “strangers”. First were “the foreigners who passed through their land as travellers,” much like modern day visitors with a travel visa. Second were those who “came to dwell in their land as newcomers”, living in the land but without the full benefits of citizenship, like today’s resident aliens.

The third group was those foreigners who wished to be admitted entirely to the fellowship and mode of worship of the Jews. Even in this case, Saint Thomas counselled a delay of two or three generations before foreigners could be naturalized — deemed to be citizens.

“The reason for this was that if foreigners were allowed to meddle with the affairs of a nation as soon as they settled down in its midst, many dangers might occur, since the foreigners not yet having the common good firmly at heart might attempt something hurtful to the people.”

Does that passage make you think of any foreigners who now seek to settle in our countries? The ones Pope Francis says we should welcome immediately, without reservation? Saint Thomas Aquinas taught that total integration of immigrants into the life, language, customs and culture (including worship, in certain cases) is necessary for full citizenship.

In his analysis, the saint carefully avoided the error into which Pope Francis has fallen — focusing solely on the rights of immigrants without taking into account the common good and safety of the host nation, in this case Israel, and its citizens. To Saint Thomas, it was absolutely clear that the host nation itself had the right and the duty to legislate immigration in such a way that it was of benefit not only to the strangers seeking admittance, but to the receiving nation as well.

Compare the wise words of Saint Thomas Aquinas, written over 800 years ago, with the, errr, words of Pope Francis, written earlier this year. Which words does the gift of right judgment — one of the Gifts of the Holy Spirit — tell you make more sense? Our Lady of Good Counsel, pray for our political and religious leaders, that they may come to their senses and act immediately to reverse the disintegration of our society caused by their naïve and ill-informed immigration policies.

Further reading: The Summa Theologiae (aka Summa Theologica or simply Summa) is available online, in its entirety, in a good translation by the Fathers of the English Dominican Province. Click here to access the Index, which you can bookmark for ease of reference. A number of print versions are available from Amazon and other sources.