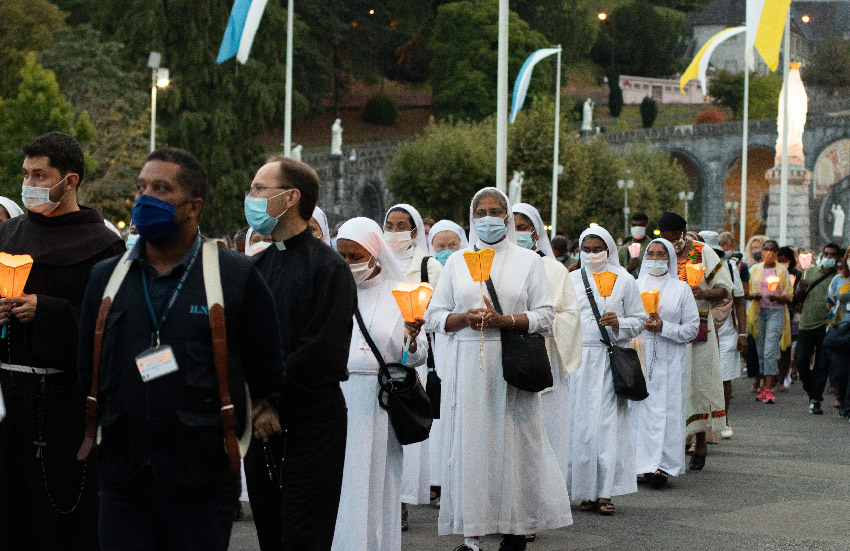 The mania surrounding the virus of mask destruction continues to persist, in spite of the fact that death rates and the supposed carnage foretold by all the “experts” never materialized as predicted. Of course, the powers that be will claim that all the draconian and unscientific measures — including things like quarantining healthy people, a novelty to say the least — were the salvific actions that spared mankind from a viral armageddon.

Of course we know this is nonsense, as countries like Sweden and states like South Dakota fared well while adopting much more sane approaches. Furthermore, it was the places with the strictest lockdowns — i.e., nursing homes and leftist-run states — that fared the worst. The virus-loving leftists will clamor on about the number of cases rising in various regions, but of course a case is not the same as a sick person, and the inconsistencies in testing have been well documented.

Now, many people are struggling with nonsensical mask-mandates in certain regions, even though the pandemic is effectively over; mandates that many dioceses are enforcing as well. Chris Ferrara outlines the problems with masks as they apply in most cases in this YouTube video, which is well worth the watch.

In the province of Ontario, where I live, virtually all municipalities have adopted some sort of mandate, although in the more rural locations they are nothing more than recommendations. However, even in the urban centers like Toronto, the mask legislation does contain various exceptions. The expected exemptions like physical and mental disabilities are present, as are exemptions for people with certain illnesses; however, exemptions for matters covered by the Ontario Human Rights Council are also included.

For the uninitiated, the Ontario Human Rights Council is a pseudo-legal body that handles issues pertaining to everything from religion, gender, ethnicity, race, and so on. Due to the politically correct contagion that is the veritable creed of my province, the list of identities and beliefs that fall under the Human Rights Council is in continual expansion. Inherent in the Council ethos is the idea that it is not up to the state to decide what constitutes a man’s religious beliefs. Furthermore, in addition to religion, the code also contains provisions for “creed” as a thing separate from religion.

To this point, I have not worn a mask as the enforcement in my region is scant, and our county did not make it a binding legal reality. However, our county recommendations explicitly state the religious exemption clause as a justification for someone to express their smile au naturel. In most stores I am the only person without a mask, save perhaps an employee behind the NHL motif plexiglass barriers, but as of yet no one has asked me why I persist in a maskless existence.

I have pondered as to what I might say to someone if they ask, and I have decided that the religious exemption applies in my case. In jest, I have thought about saying to someone, “I do not belong to the Corona church; therefore, I will not wear its vestments.” In all seriousness, I do believe there is an argument to be made for Catholics to object to these measures in good conscience.

There is no evidence that masks worn in the fashion they are now recommended will offer any protection. In fact, it is reasonably simple to see how wearing a moist and dirty cloth over your mouth is probably less than hygienic. In fact, many hospitals are reporting a huge uptick in bronchial diseases and various other illnesses that bear a direct correlation to people wearing masks for extended periods of time.

Furthermore, the muffled sound that comes out of one’s mouth while wearing a mask makes it near impossible in certain contexts to have a pleasant verbal interaction. How are we supposed to spread the Gospel or share the Good News if we cannot speak clearly with our fellow citizens?

The Christian life requires friendship and interaction with our fellow man, and wearing a type of muzzle stifles any natural human communication. Also, what sort of message are we sending to our children with these masks?

Acquiescing to the pseudoscientific tyranny of our godless states is bad enough, but by wearing these masks in all locations, I believe we run the risk of instilling in our children a fear of death and the unknown. I do not mean to suggest that children will be necessarily damaged in the long term if they see a parent adorn a mask in the grocery store, but the inculcation of fear into the young mind is a reality worth considering.

So, why would a Catholic submit to such an order? At best, masks are nothing more than a superstitious garment that gives the wearer a level of personal protection that rivals the protection given to children by their security blankets after a bad dream. Superstition is not compatible with Catholicism, and should be avoided. At worst, they could be causing physical and psychological harm.

I do not pretend to offer a solution, and I do not pass any judgment on an individual who out of necessity tries to navigate this masked world in whatever capacity he can. However, I know one thing: a society that covers its face with moist handkerchiefs for hours on end, out of fear for a flu-like illness, is not a Catholic society.

Any religious exemption against mask wearing should be pursued wherever possible.

Let us pray that the Consecration of Russia finally gets properly done, and that the Errors of Russia — which include these contemporary instantiations of communistic tyranny — will be gone once and for all.