For those who are new to Catholicism – and even those of us who have been Catholic for a long time – they (or we) may be unfamiliar with what is a public versus a private litany. A good summary of litanies and the distinction of public versus private litany is given by the Catholic Encyclopedia:

“A litany is a well-known and much appreciated form of responsive petition, used in public liturgical services, and in private devotions, for common necessities of the Church, or in calamities — to implore God’s aid or to appease His just wrath. This form of prayer finds its model in Psalm cxxxv: ‘Praise the Lord, for he is good: for his mercy endureth for ever. Praise ye the God of gods … the Lord of lords … Who alone doth great wonders … Who made the heavens’, etc., with the concluding words in each verse, ‘for his mercy endureth for ever.’…

“…Litanies appeared in honour of God the Father, of God the Son, of God the Holy Ghost, of the Precious Blood, of the Blessed Virgin, of the Immaculate Conception, of each of the saints honoured in different countries, for the souls in Purgatory, etc.

“In 1601 Baronius wrote that about eighty forms were in circulation. To prevent abuse, Pope Clement VIII, by decree of the Inquisition of September 6, 1601, forbade the publication of any litany, except that of the saints as found in the liturgical books and that of Loreto. To-day the litanies approved for public recitation are: of All Saints, of Loreto, of the Holy Name, of the Sacred Heart, of St. Joseph [Ed. and, approved in 1960, of the Most Precious Blood of Our Lord Jesus Christ].”

Many more litanies exist but since they have not been approved by Holy Mother Church for public use they should be kept within the sphere of private devotions. It is important to understand how the terms “private” and “public” are being used in this ecclesial context, because it differs from our common usage. Private usually means in our own homes whereas public refers to outside the home where many people might gather. By such an understanding, all our church buildings are “public.” However, in the ecclesial context “public” refers to the Church’s liturgy, her official formal prayer. It is usually led by a priest appropriately vested and follows the rubrics mandated by the Church. The liturgy includes all the Sacraments, the Divine Office and various other rites.

Private then refers to all our other prayers and devotions that are not part of the liturgy. So people praying after holy Mass has ended fits into the “private devotion” category, even if they are in the church building and even if it be the priest who is leading the private devotion, such as the Rosary, a novena, a meditation, or a chaplet. Many processions, such as those very common in Latin American countries, actually fit into the “private devotion” category because they are not part of the Church’s liturgy or governed by her formal rubrics, even though they are quite demonstrative and intentionally public, in the secular context. On the other hand, the procession we participate in on Palm Sunday is governed by the Church’s liturgical norms and hence considered “public” in the ecclesial context. The determining criterion for public in this ecclesial context is therefore if the Church has liturgical norms which direct and govern it.

Holy Mother Church provides us with six “official” litanies which may be prayed in the public setting – that is, within the Church’s liturgy.[1] As with the entirety of the Church’s sacred liturgy, no one should attempt to adjust or alter these prayers, but rather follow the text and norms given by Holy Mother Church.[2] Further note, the faithful who pray any of these public Litanies receive a partial indulgence if the usual conditions are satisfied.

The Church’s six official litanies are:

– The oldest of the litanies, it serves as a model for all the others. Its first recorded use was in 590 A.D. when Pope St. Gregory prescribed its usage for a public procession of thanksgiving (a terrible chastisement, in the form of a plague, had ended). The exact list of saints has varied over time and geographic area, but is now considered fixed under its ‘Roman form.’ A partial indulgence is attached to praying the Litany of the Saints. It is frequently used in processions, such as the Major Rogation of St. Mark’s feast (April 25th).

– This litany was most likely composed in or around Paris between the years 1150 and 1200. In 1558, it was formally adopted for public use at the famous Marian shrine at Loreto. This Italian city on the Adriatic coast is where the Holy House of Nazareth was miraculously transported by angels after infidels overran the Holy Land. Pope Sixtus V approved its use for public worship in 1587. This litany carries a partial indulgence.

– This litany was most likely composed in the 15th century by St. Bernadine of Siena (1380-1444) and by St. John Capistrano (1386-1456). These two Franciscans preached extensively on the power of the Holy Name, worked many miracles through its use, and popularized its devotion throughout Europe. Under the banner of the Holy Name, St. John Capistrano famously led an auxiliary band of simple farmers and country folk to save the besieged fortress of Belgrade in 1456. The Ottoman Sultan Mehmed the Conqueror had already destroyed Constantinople (1453). He had even vowed to conquer Rome itself, stable his horses in St. Peter’s Basilica, and subjugate the Pope. Although the Christians were vastly outnumbered, they prevailed through the intercession of the Holy Name.

– Pope Sixtus V approved this litany for private usage in 1585. The present form was approved for local use by Pope Pius IX in 1862; and Pope Leo XIII approved it for public use in the Universal Church in 1886, at a time when the Church once again needed to defend itself – this time from Freemasonic and Communist revolutionaries besieging Rome. A partial indulgence is also attached to the praying of this litany.

– In 1899 Pope Leo XIII approved this litany for public use. It is actually a synthesis of several other litanies dating hack to the 17th century, written by two priests and two religious sisters between 1686 and 1718. This litany has also been graced with a partial indulgence.

– This litany was approved for public use by Pope St. Pius X in 1909. Numerous prophecies state that St. Joseph, the Universal Protector of the Church, will receive much greater veneration by the faithful when the Church – and world – are suffering from terrible chastisements. His intercession will most likely be instrumental in helping bring about the triumph and reign of the Immaculate Heart of Mary. Thus, we should do all we can to promote devotion to him. This surely pleases Our Lord and Our Lady greatly. This litany is an excellent means of increasing and spreading the veneration of Our Lady’s most chaste spouse.

– “This Litany … was drawn up by the Sacred Congregation of Rites and promulgated by Pope John XXIII on February 24, 1960. The devotion to Jesus in His Most Precious Blood was first popularized by Saint Gaspar del Buffalo (1786-1837, feast Dec. 28) who founded the Missionaries of the Most Precious Blood. A partial indulgence is granted to the faithful who recite this litany” (catholic.org).

The texts for these six litanies, both in Latin and in English, can be found at the FishEaters.com website. That same site provides historical and liturgical details concerning the two oldest litanies. Here we simply reproduce some of its overview of the Litany of the Saints:

“The Litany of the Saints – the oldest of the litanies – is prayed liturgically at the Easter Vigil, during ordinations, on Rogation days, and also during solemn exorcisms, etc… Privately, it is prayed any time one wishes, as with the other litanies, but is especially prayed after sundown on All Saints’ Day in preparation for All Souls’ Day, and on All Souls’ Day itself.

“This litany first invokes God in all Three Persons, then follows, in this order: Mary; the blessed spirits; St. Joseph and the Patriarchs and Prophets; the Apostles and Evangelists; all the disciples of the Lord; the Holy Innocents and the glorious martyrs; the holy Bishops and Confessors (those who suffered for the faith); the holy priests and Levites; the virgins and widows; and all holy men and women.”

HOLY TRINITY, ONE GOD, HAVE MERCY ON US.
ALL YE HOLY ANGELS AND SAINTS, PRAY FOR US.

[1] In his encyclical on the sacred liturgy, Mediator Dei (1947), Pius XII defined the sacred liturgy as “the public worship which our Redeemer as Head of the Church renders to the Father, as well as the worship which the community of the faithful renders to its Founder, and through Him to the heavenly Father. It is in short, the worship rendered by the Mystical Body of Christ in its entirety of its Head and members” (20).

[2] A reading of Mediator Dei helps one realize why the liturgy is not to be altered, but suffice it to say that the liturgy is an exercise of the Priestly Office of Jesus Christ Himself. Even Sacrosanctum Concilium (1963), the modernist Vatican II document on the liturgy, states “Regulation of the Sacred Liturgy depends solely on the authority of the Church, that is, on the Apostolic See, and, as laws may determine, on the bishop” (22.1) and “Therefore no other person, even if he be a priest, may add, remove or change anything in the Liturgy on his own authority” (22.3). 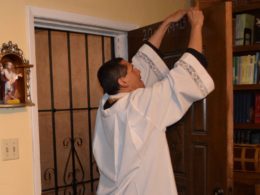 Blessing of The Three Kings for the Home 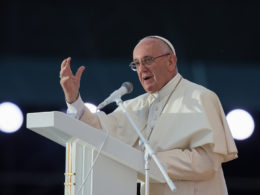 Fatima Perspectives #1257 In writing commentary on Church affairs, one would like to focus on something other than…
byChris Ferrara 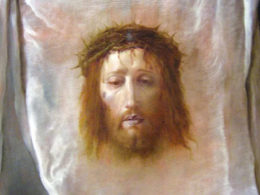 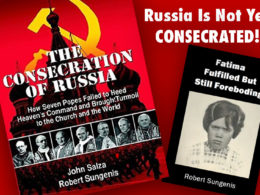 Editor’s Note: This is a lengthy article which has been published in six parts. Links to each part…
byEric Bermingham
No comments