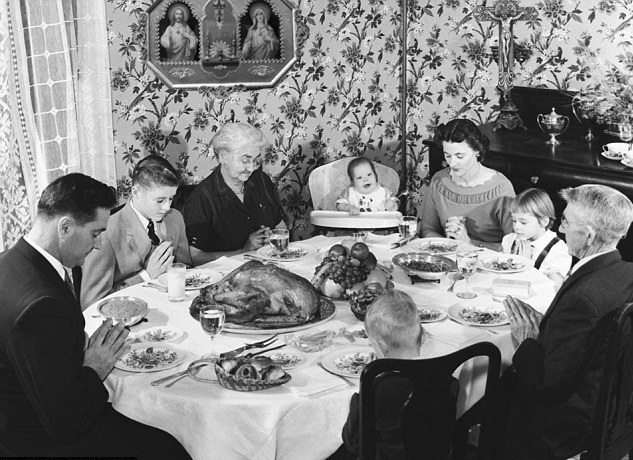 Fasting Changes at the Turn of the Century

The Catholic Encyclopedia from 1909, in describing the law of fasting as it was immediately before the changes that would occur under St. Pius X, enumerates the fast days as follows:

“In the United States of America, all the days of Lent; the Fridays of Advent (generally); the Ember Days; the vigils of Christmas and Pentecost, as well as those (14 Aug.) of the Assumption, (31 Oct.) of All Saints, are now fasting days. In Great Britain, Ireland, Australia, and Canada, the days just indicated, together with the Wednesdays of Advent and (28 June) the vigil of Saints Peter and Paul, are fasting days.”

The days of obligatory fasting, as listed in the 1917 Code of Canon Law, were the forty days of Lent (including Ash Wednesday, Good Friday, and Holy Saturday until noon); the Ember Days; and the vigils of Pentecost, the Assumption of the Blessed Virgin Mary, All Saints, and Christmas. Partial abstinence, the eating of meat only at the principal meal, was obligatory during all weeks of Lent (Monday through Thursday).

And, of course, complete abstinence was required on all Fridays throughout the year, except when a Holy Day of Obligation fell on a Friday outside of Lent. Saturdays in Lent were likewise days of complete abstinence. But fasting and abstinence were not observed when a vigil fell on a Sunday, as stated in the Code: “If a vigil that is a fast day falls on a Sunday the fast is not to be anticipated on Saturday, but is dropped altogether that year.”

Effective per the 1917 Code of Canon law, the Wednesdays and Fridays of Advent were no longer fast days for the Universal Church. Wednesdays of Advent had previously been abrogated as fast days in America in 1837. Now Fridays in Advent likewise ceased being required days of fast, not only in America but universally. The Vigil of St. Peter and Paul also ceased as a fast day on the Universal Calendar, although it had already been abrogated in the United States. And eggs and milk (i.e., lacticinia) became universally permitted.

But additional changes quickly ensued. Mara Morrow, writing on the fasting days around this time, states:

“In 1917 Pope Benedict XV granted the faithful of countries in World War I the privilege of transferring Saturday Lenten abstinence to any other day of the week, excepting Friday and Ash Wednesday. In 1919 Cardinal Gibbons was granted his request of transferring Saturday Lenten abstinence to Wednesday for all bishops’ dioceses in the U.S. This permission, as well as the workingmen’s privilege, were frequently renewed, but, after 1931, this permission was only on the basis of personal requests from individual bishops.”

Further, in 1931 Cardinal Fumasoni Biondi, the Apostolic Delegate to the United States, addressed the following to the American bishops:

“The Sacred Congregation of the Council, in a letter dated 15 Oct 1931, informs me that, in view of the difficulties experienced by the faithful in observing the laws of fast and abstinence on civil holidays, His Holiness, Pius XI, in the audience of 5 Oct 1931, granted to all the Ordinaries of the United States, ad quinquennium, the faculty to dispense their subjects from the laws in question whenever any of the civil holidays now observed occurs on a day of fast and abstinence, or of abstinence.”[1] [‘Ad quinquennium’ refers to a dispensation being granted ‘for a duration of five years.’]

Pope Pius XII accelerated the changes to the laws of fasting and abstinence, as Father Ruff relates:

“In 1941 Pope Pius XII allowed bishops worldwide to dispense entirely from fast and abstinence except on Ash Wednesday and Good Friday, provided that there was abstinence from meat every Friday, and fast and abstinence on these two days and the vigil of the Assumption and Christmas. Eggs and milk products were permitted at breakfast and in the evening.”[2]

On January 28, 1949, the United States bishops issued modified regulations on abstinence in America again, after receiving a ruling from the Sacred Congregation of the Council. Partial abstinence replaced complete abstinence for Ember Wednesdays, Ember Saturdays, and the Vigil of Pentecost.

Before 1951, bishops were able to dispense laborers and their family members from the laws of abstinence, if necessary, under the workingmen’s privilege that was introduced in 1895. This privilege of eating meat, though, did not pertain to Fridays, Ash Wednesday, Holy Week, and the Vigil of Christmas. In 1951, the abstinence laws in America were again revised, as Father Ruff summarizes:

“In 1951 the U.S. bishops standardized regulations calling for complete abstinence from meat on Fridays, Ash Wednesday, the vigils of Assumption and Christmas, and Holy Saturday morning for everyone over age seven. On the vigils of Pentecost and All Saints, meat could be taken at just one meal. Fast days, applying to everyone between 21 and 59, were the weekdays of Lent, Ember days, and the vigils of Pentecost, Assumption, All Saints, and Christmas. On these fast days only one full meal was allowed, with two other meatless meals permitted which together did not make up one full meal. Eating between meals was not permitted, with milk and fruit juice permitted. Health or ability to work exempted one.”

Thus, the Vigil of All Saints was only just reduced to partial abstinence for American Catholics in 1951.

In 1954, Pope Pius XII issued a special decree granting bishops the permission to dispense from Friday abstinence for the Feast of St. Joseph, which that year fell on a Friday. A March 26, 1954 article of The Guardian elaborates:

“Bishops throughout the world have been granted the faculty to dispense their faithful from the law of abstinence on the Feast of St. Joseph, Friday, March 19. The power was granted in a decree issued by the Sacred Congregation of the Council, which said it acted at the special mandate of His Holiness Pope Pius XII. The decree as published in L’Osservatore Romano made no mention of a dispensation from the Lenten fast.”

Thus, uncertainty existed on whether or not fasting was still required on October 31st, the Vigil of All Saints (commonly called Halloween). The U.S. bishops requested an official determination from Rome on whether the custom of fasting and abstinence on the suspended Vigil of All Saints had also been terminated. They received a pre-printed notice, in a response dated March 15, 1957, stating:

“The Decree of the Sacred Congregation of Rites … looks simply to the liturgical part of the day and does not touch the obligation of fast and abstinence that are a penitential preparation for the following feast day.”

The U.S. bishops thereafter dispensed both the fast and partial abstinence law for the Vigil of All Saints.

In 1956, Holy Saturday was commuted from complete to partial abstinence. Furthermore, the fast which previously ended at noon was extended to the midnight between Holy Saturday and Easter Sunday, on account of the Holy Week changes enacted by Pius XII. In some places the previous ending at noon continued where custom or concession prevailed.

On October 9, 1958, Pope Pius XII died. John XXIII was elected and under him, as under his predecessor, changes to Church discipline continued. In 1959, John XXIII permitted the Christmas Eve fast and abstinence to be transferred to the 23rd. So while the United States, Great Britain, and Ireland kept the penance on December 24, other nations including Canada and the Philippines transferred it to December 23.

The Fasting Requirements of 1962

By 1962,[3] the laws of fasting and abstinence were as follows, as described in Moral Theology (copyright 1961) by Rev. Heribert Jone and adapted by Rev. Urban Adelman, for the “laws and customs of the United States of America”:

Also, if a vigil falls on a Sunday, the law of abstinence and fasting is dispensed that year and is not transferred to the preceding day.

Father Jone adds additional guidance for the Vigil of the Nativity fast: “General custom allows one who is fasting to take a double portion of food at the collation on Christmas Eve (jejunium gaudiosum).”

Thus, even before the Second Vatican Council opened, the fasting customs were drastically reduced within only a few hundred years. In the next and final installment, we will look at the changes in fasting since Vatican II, up until the present.

[2] Quoted from “Fasting and Abstinence: The Story,” available at https://www.praytellblog.com/index.php/2018/02/21/fasting-and-abstinence-the-story/

[3] A question which often comes up is whether or not Pope Pius XII granted permission for American Catholics to eat meat on the Friday after Thanksgiving. The answer is a little complicated but if anyone is interested in learning more about this, Romanitas Press has summarized the “turkey indult” at https://www.romanitaspress.com/when-is-friday-abstinence-dispensed