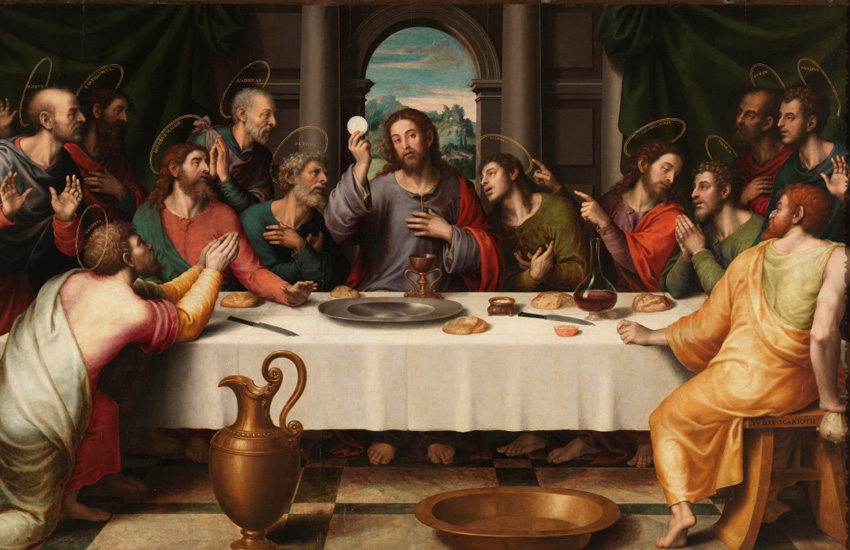 No One Can Tell Us What To Do

Can I say to another person, “Love me or else! It is the law!” Such a command would be absurd because of its blatant impossibility of fulfillment, for we know that love must be given freely and cannot be compelled. The appearance of love can be counterfeited and rituals can be devised that ostensibly express it, but genuine love is personal and interior, even though it manifests outwardly and in communal forms.

Yet, there is no barrier between the law and love. And as we discover from experience, obeying the law can give rise to love. Whenever we deny our self for the sake of another, we find that something touches us, a movement of grace, if you will, and what began in a sense of duty comes to be realized as an expression of our true and higher nature. Good begets more good. Love begets more love.

There have been misguided people in the history of Christianity who thought that the law was replaced by love with the advent of Christ. They interpreted St. Augustine’s famous saying, “Love and do what you will,” as a license that freed them from the law. But without the law, there can be no love, for the law is a bar against injustice, against seeking self at the expense of others. Without the law, personal desire becomes the motive force of action and each man will seek what he considers his own good despite the harm it may do his neighbor.

During the Last Supper discourses in St. John’s Gospel, which are the high point of the Bible and the key to its meaning, Our Lord says, “Just Father, the world has not known Thee, but I have known Thee…” (17:25) At a time when Our Lord is enveloped in love, He chooses to address the Father as “Just.” Why doesn’t the world know the “Just Father”? Because worldly people do not love justice, but themselves. They seek their own advantage, such as they see it, and cannot then know the love of the Father, from which justice emanates.

Until we understand love and justice to be inseparable, we will understand neither love nor justice. To love God with all of our being is to love justice. We can, in love, obey the prohibitions of the law. We can refrain from stealing, not because we fear punishment or disgrace, but because we cherish the beauty of the law, which is rooted in love. “I have loved the beauty of Thy house, and the place where Thy glory dwelleth.” (Psalm 25:8)

But we are called on to do more than love the law and fulfill it. We are called on to love God with our whole being. Such love must express itself, for all love is outgoing. It wants to declare itself and assume some shape in the world. The danger is that the world will co-opt our love to its own purposes. This is what we are seeing now from the leadership of the Church.

As was said above, the law is prohibitive. There is no law for love, which is free and must find its own expression. And as each soul is created as an individual, it must find its unique way of loving God and neighbor. If we all loved in the same way, acted in the same way, there would be no point to the Creation, which burst forth in endless variety of being, not in sameness.

The Church, when it was most vibrant, saw the growth of many religious orders, each with its own charism. And within those orders, there were individuals who lived that particular charism in their own inimitable ways. Uniformity is the mark of death. All corpses are the same.

Totalitarian societies are dead societies. They are also the most unstable and violent, for they try to accomplish the impossible: to enforce the law in the absence of love. Indeed, they try to command love, as can be witnessed in the choreographed and exhaustively rehearsed massive demonstrations that celebrate the nation’s supposed devotion to the “Dear Leader” in North Korea. Solzhenitsyn recounts Communist party meetings in the Soviet Union at which people fainted rather than be the first to stop applauding Stalin, which was a ticket to the gulag.

We can sense this totalitarian compulsion closing in on us in the West now. Public life has been largely reduced to condemning one’s enemies for politically incorrect speech: “hate speech” as it is called. One must express love and support for whoever the Leftist media consecrates as the current cause celebre if one hopes to survive in public life. The totalitarian Left has succeeded so well that not even the most “conservative” politician, commentator, writer, actor or talking head would now dare to say a disapproving word about homosexuality or “transgenderism.”

The Church leadership has also largely succumbed to the media dictatorship, and it has done so willingly, even eagerly. We have come to expect that every Feast Day will arrive with a homily from Pope Francis calling for open borders, more Muslim immigration, climate-change enforcements, obedience to the United Nations and its sub-organizations, and the obligatory insults to the “pharisees” and “doctors of the law” who adhere to the traditional Faith and its practices.

These exhortations are not rooted in justice, but in particular political agendas. They are not found in the prohibitions of the law, nor do they express love in all of its freedom and uniqueness. They are heavy-handed attempts to bring about conformity to globalism in the name of Christianity. Contrary to St. Augustine’s “Love and do what you will,” the message from Rome is now “Do as I say, or else.”

What St. Augustine wanted us to understand is that if our actions are rooted in love of our “Just Father,” then all we do will be in accord with Divine love and justice. Life is not simple, of course, and prudence is needed to guide our love. But one virtue begets another and all work in harmony. What is important is that we be deeply immersed in the love of God, and that we draw all we do in the world from that well of love.

We can no longer rely on those who lead the Church to lead us to the love of Christ. Rather, we must rely on our relationship with Christ to guide us in these confusing times. Yet, that is how it always was and always must be. For we are not here to make this a better world; we are here to make ourselves children of God. Any exhortation we hear that does not begin and end with this in mind is not a counsel from God, but from the prince of this world.