My confession: the conflicts in “Boomer spirituality”

I was born about three years too soon to be considered (technically) a “Boomer” — a member of the postwar Baby Boom generation. But I identify with the Boomers. I came of age at the height of the great social and religious upheaval of the hippy-dippy 60s, the time when the Roman Catholic Church drank the Koolaid of Vatican II. My conversion to old-fashioned Catholicism (see “I became a Catholic…and look what happened!”) was thus atypical of the development of “spirituality” in the millions who came of age in those troubled times. 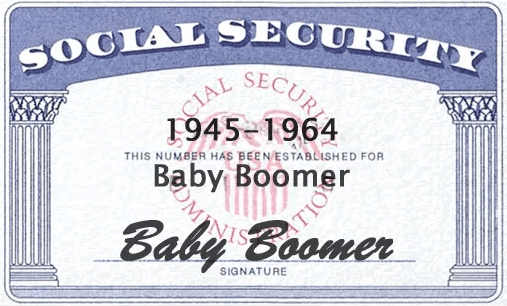 Before the poison of Vatican II took effect, the Church believed in rules — the Ten Commandments of God, the Commandments of the Church, the Seven Deadly Sins and so on — which circumscribed not just behaviour but thought. A monsignor I came to know well called the faithful “Jump-through-the-hoop-yes-Father” Catholics. We obeyed the rules without question, without thought because, in the words of confession and contrition, we dreaded the fires of Hell.

In the 60s, that all changed. The effect of the spirit of Vatican II — an echo of the pagan “spirit of the New Age” — was to make questioners of us! Things that we knew to be wrong, and truly wrong, like eating meat on Fridays, were no longer black but several shades of grey. Maybe if we did some other form of penance (like what?) we could be forgiven for scarfing down a hot dog at the ball game!

We were taught to value autonomy — the freedom to ask questions, to think for ourselves, to go to hell (if hell existed) if we so chose. Instead of “giving us hell” in the confessional, the new breed of priests left it up to us!

I remember going to confession to a priest who had only recently been ordained. I told him what I had done and why, and asked him, “Is that a sin, Father?” And what did he say? “How do you feel about it?” This was half a century before Pope Francis’ infamous “Who am I to judge?”

The spiritual ethic of the Boomers is that of flexibility and freedom — “whatever floats your boat”. But that desire to break the chains of spiritual (and temporal) authority conflicts with the desire to be at peace with God. As the Church used to teach in the days of the Baltimore Catechism, the human soul longs to be united with the God who created us. We want to do what’s right.

When no-one tells us what’s right and what’s wrong, we are left with a need for ordained rules and binding connections that are based on deeper ties than rationality and choice. And so we Boomers are on a spiritual quest to balance freedom with rootedness.

For 50 years, we’ve been taught that freedom and choice are all-important. “Is that a sin, Father?” “It’s up to you.” “Can I receive Holy Communion without first going to confession?” “If you want.” “Is there something wrong with being a homosexual?” “Who am I to judge?”

The trouble is, as David Brooks writes in Bobos in Paradise, (Simon & Schuster, 2000) that “Free spirituality can lead to lazy spirituality, religiosity masquerading as religion, and finally to the narcissism of the New Age movement. The toppling of old authorities has not led to a glorious new dawn but instead to an alarming loss of faith in institutions and to spiritual confusion and social breakdown.”

We can find a spiritual anchor in the Message of Fatima

So many of us are guilty of what the popular song lyric describes as “looking for love in all the wrong places”. Listening to the ramblings of Pope Francis, or reading his confusing messages won’t give us the clarity and sense of order we seek. If spiritual peace is what we Boomers want, we need look no farther than the Message of Our Lady of Fatima.

The Blessed Virgin Mary asked us to do five things:

You will find the prayers of Reparation in “Reparations to the Sacred & Immaculate Hearts”.

May God bless us and Our Lady of Fatima guide us in our quest for temporal and spiritual peace.