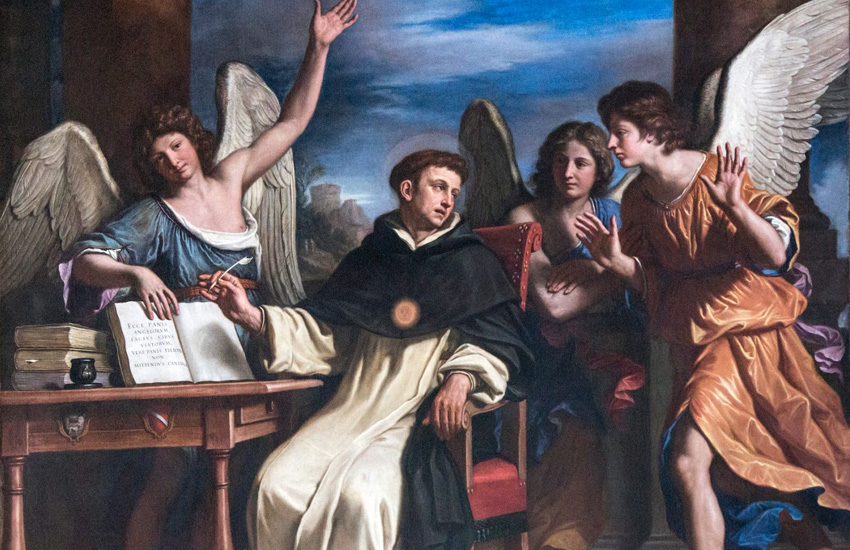 Must We Obey Our Leaders – Even If They Are Evil?

Editor’s Note: For a more extensive treatment of the topic of ‘obedience,’ we recommend the article “The Fatima Message and the Problem of False Obedience” by Fr. Nicholas Gruner (originally printed in The Fatima Crusader, Issue 96, Autumn 2010).

The Catechism of the Council of Trent affirms:

“We are bound to honor not only our natural parents, but also others who are called fathers, such as bishops and priests, kings, princes and magistrates, tutors, guardians and masters, teachers, aged persons and the like, all of whom are entitled, some in a greater, some in a less degree, to share our love, our obedience, and our assistance.”

St. Paul commands likewise: “Obey your prelates, and be subject to them. For they watch as being to render an account of your souls; that they may do this with joy, and not with grief. For this is not expedient for you” (Hebrews 13:17). All of those in legitimate authority over us must be honored and respected for the office they hold.

Paying Our Taxes and Dues

Our Lord likewise affirmed the importance of rendering our dues to lawful governments when He answered the question on whether it was lawful to pay taxes to Caesar:

Our Lord’s command was to give to the civil authorities their rightful dues but to give true worship to God alone. The Jews at the time of Our Lord often clashed with the pagan Roman authorities. But even with their errors, Our Lord affirmed that dues must nevertheless be paid to them. Even wicked authorities, if they be legitimate, must be respected even if their unlawful commands are not to be obeyed, as the Catechism of the Council of Trent further explains:

“St. Peter says: Be ye subject, therefore, to every human creature for God’s sake; whether it be to the king as excelling, or to governors as sent by Him. For whatever honor we show them is given to God, since exalted human dignity deserves respect because it is an image of the divine power, and in it we revere the providence of God Who has entrusted to men the care of public affairs and Who uses them as the instruments of His power. If we sometimes have wicked and unworthy officials it is not their faults that we revere, but the authority from God which they possess. Indeed, while it may seem strange, we are not excused from highly honoring them even when they show themselves hostile and implacable towards us. Thus, David rendered great services to Saul even when the latter was his bitter foe, and to this he alludes when he says: With them that hated peace I was peaceable. However, should their commands be wicked or unjust, they should not be obeyed, since in such a case they rule not according to their rightful authority, but according to injustice and perversity.”

Never ‘Obey’ If It Means Sinning

While we are required to honor our authorities and respect them, this command is not absolute. If anyone in authority over us (e.g., governor, sheriff, senator, judge, president, etc.) commands us to commit a sin, we must disobey such a false command because obeying it would in itself be a sin. On this essential caveat, the Baltimore Catechism wisely states: “We should refuse to obey parents or superiors who command us to sin because they are not then acting with God’s authority, but contrary to it and in violation of His laws.”

Likewise, the Roman Catechism affirms the need to honor our bishops and priests, even though we are never to obey commands to sin. These wise words are well suited to our current era when far too many priests are prone to teach false doctrines or encourage weak discipline.

“The Apostle also teaches that they are entitled to obedience: Obey your prelates and be subject to them; for they watch as being to render an account of your souls. Nay, more. Christ the Lord commands obedience even to wicked pastors: Upon the chair of Moses have sitten the scribes and Pharisees: all things, therefore, whatsoever they shall say to you, observe and do; but according to their works do ye not, for they say and do not.”

We must respect all who are legitimately over us whether they be our bosses, our teachers, our priests, or our leaders, but we cannot follow their wishes if they instruct us to do anything sinful. In such a way, the Fourth Commandment is subordinated to the First Commandment. We should, however, never cease praying for our leaders and superiors and priests, even if any of them are heretics or pagans. We respect the office they hold and obey them in all things but sin.