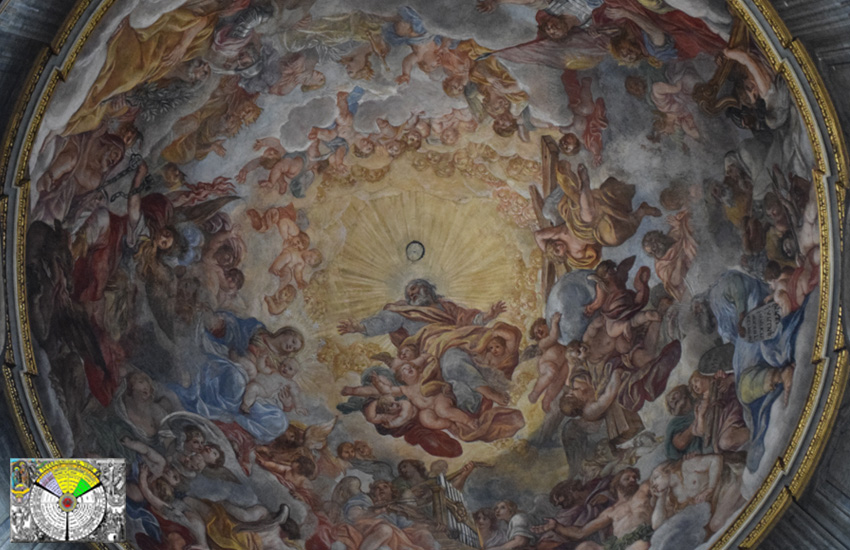 Last week we discussed the Liturgical year as well as Holy Days and Feast Days. This week we continue to look at important liturgical terms which all adult Catholics should be familiar with. Next week, we will consider the season of Advent, which has just begun, as well as other notable liturgical times.

Feasts are listed in liturgical books according to two different, concurrent annual cycles.

First, the Proper of the Seasons, or Temporal Cycle, traces the earthly life of Our Lord Jesus Christ. It consists mainly of Sundays related to the various liturgical seasons – that is, the seven liturgical seasons contained in the two cycles previously discussed: the Christmas Cycle and the Easter Cycle. It starts with Advent then goes through Christmas, Epiphany, Septuagesima, Lent, Easter, and Time after Pentecost. The determination of the date of Easter dictates nearly all the other dates in this cycle.

There is also the Proper of the Saints, called the Sanctoral Cycle, which is the annual cycle of feast days not necessarily connected with the seasons. We commemorate and ask the intercession of those holy men and women who set a marvelous example that we should all strive to imitate. We also commemorate various events and mysteries of the Faith in the Sanctoral Cycle. These liturgical dates are determined by the calendar day. For example, the feast of St. Athanasius is always on May 2nd, and the feast of St. Gertrude the Great is always September 16th.[1] It is a pious belief that God grants special intercessory power and graces to a saint on their particular feast day within the Sanctoral Cycle. Thus, it behooves us to be aware of saints’ feast days and make the effort to pray to them and seek their intercession especially on their feast day.[2]

Every day of the year is actually a feast day for numerous saints. A copy of the Roman Martyrology will list many of the saints who are honored on any given calendar day, as will some saint encyclopedias. However, not every saint is honored liturgically in the Mass or Divine Office of their feast day. This is yet another distinction which marks the feast days of certain saints and brings them, properly speaking, into the Sanctoral Cycle.

Every calendar day is thus described by both the Temporal and Sanctoral cycles. For example, take the day November 25, 2019. According to the Temporal Cycle this is the Monday following the Last Sunday after Pentecost. Note the reference to one of the three great annual feasts, Pentecost, whose date was determined by Easter. In addition, according to the Sanctoral Cycle, it is the feast day of St. Catherine of Alexandria, one of the most beloved Virgin Martyrs of antiquity and one of the Fourteen Holy Helpers.

Feast days are generally treated on the liturgical calendar in one of two ways:

Some feasts have vigils associated with them. The term “vigil” is used in several ways. It may refer to an entire day before a major feast day (e.g., the Vigil of Christmas refers to the entire day of December 24). This kind of vigil is a feast day in itself and marks the following day as a day of greater liturgical significance.

Before the changes to the Roman Rite liturgical calendar in 1955, nearly all feasts of the Apostles were preceded by a Vigil Day. And the Church put those days in place to help us prepare for the importance of the feast of an Apostle. We have lost the importance of the feast days of the Apostles, I believe, in part due to losing the vigils. We can change that for ourselves by observing those feast days in our own prayer lives. And the same is true for the Vigil of the Immaculate Conception or the Vigil of All Saints (Halloween), traditional days when we would fast and abstain from meat, but which are neither found in the Novus Ordo calendar nor even in the 1962 Missal.

Finally, a Sunday Mass anticipated on a Saturday evening is sometimes, though incorrectly, called a vigil. This practice, however, is a post-Vatican II novelty and not part of Catholic Tradition, so I always encourage Catholics to never attend such “vigil Masses” on Saturday evenings.

Lastly, we have ferias. A weekday with no feast associated with it is called a feria or ferial day (from the Latin feria meaning “free day”). On such a day, in the traditional rite, the priest generally offers the Mass of the previous Sunday or a Votive Mass of his choice. He may choose to follow the devotion attributed to that day of the week (for instance, on a ferial Wednesday he may offer a Votive Mass of St. Joseph since Wednesdays are devoted to St. Joseph) or he may offer a Votive Mass of Our Lady. He may also generally, exceptions aside, offer a Requiem Mass.

[1] A common practice is to establish a saint’s feast day on the day they died, because that is the day on which they were able to enter Heaven. We could say that is the saint’s “real” birthday, for thus were they born into eternal life.

[2] For example, I know some Catholics who have formed the habit of praying to the “saint of the day.” They do so to conclude the family Rosary, or at prayers before and after meals, or driving prayers when they get into their car. It can be as simple as “St. Andrew, pray for us” if it were his feast day, November 30th.