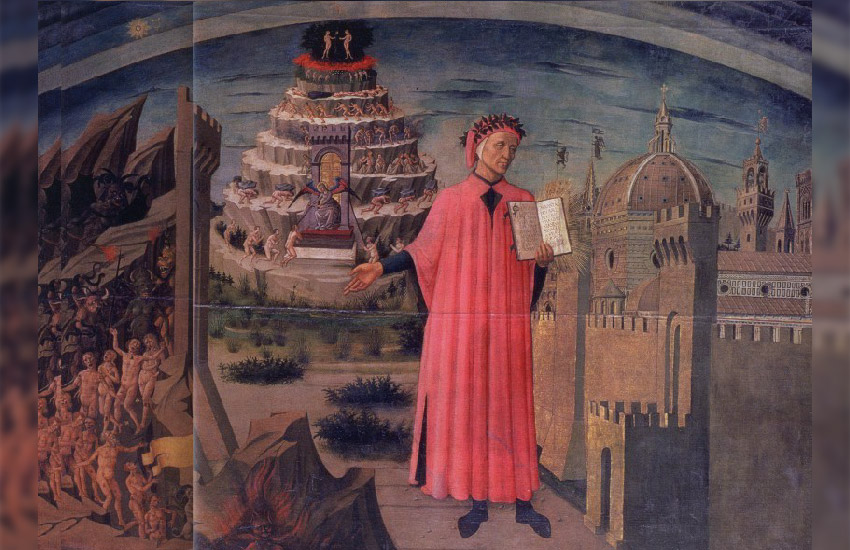 With Joe Biden, There Will Be Hell to Pay

On January 22nd, a group of pro-abortion protestors stormed a pro-life Mass being offered by the local bishop in Columbus, Ohio. This Mass was being offered in reparation for the Roe vs. Wade decision that so many years ago ushered in the legal framework for abortion access in the USA. The activists stormed into the Cathedral, and pranced around in front of the altar while Mass was being said, all the while chanting, “Fund abortion, not cops,” and, “Abortion on demand, end Hyde now.” You can see a video of the terrible event here at LifeSiteNews.

Thankfully, there was security present, and they did a great job of neutralizing the problem, ushering the protestors out quickly. Also, the bishop had the following to say about the event:

“Today during our Respect Life Mass at St. Joseph Cathedral, a group of protesters entered this sacred space in an attempt to disrupt our worship. I am deeply thankful to the Columbus Police, assisted by Diocesan staff, for the quick response without injury to anyone present. I want to express my great admiration and thanks to all those attending the Mass whose respectful and prayerful response reflects the joy, hope, and mercy that marks our pro-life witness. I also apologize to the families present whose children were exposed to this. On this day, in remembrance of the Roe vs. Wade Supreme Court decision, I ask all to continue to pray for the unborn who died, for all those who have experienced the pain of abortion, and for those who cannot understand our divine and steadfast calling to champion this cause.”

Now, it is of course troubling that this has taken place at all, and we must pray for the conversion of these criminals, as they too have souls that stand on the edge of brimstone. Furthermore, this event represents an ever-increasing trend that is now accelerating under the Biden administration.

With Joe Biden, dubiously labeled as “president”, there will be hell to pay for the United States and other countries. As a Canadian I have had to endure such evil politicians for some time now, as has the United States in some way. But, under this man, the veil has been totally pulled back and the evil of full-scale leftist progressivism is now obvious for all to see.

Even under Obama and others, there was still at least a pretense — even if very small — that outright abortion support was not something that a president could do. Yes, Obama ushered in many evils, and I am by no means making an apologetic case for him; however, the USA has now entered into an era wherein full-on abortion support will be touted and praised from the highest office in the land.

Read the following statement released on behalf of “Catholic” Joe Biden on the anniversary of Roe vs Wade:

“The Biden-Harris Administration is committed to codifying Roe v. Wade and appointing judges that respect foundational precedents like Roe. We are also committed to ensuring that we work to eliminate maternal and infant health disparities, increase access to contraception, and support families economically so that all parents can raise their families with dignity. This commitment extends to our critical work on health outcomes around the world. As the Biden-Harris Administration begins in this critical moment, now is the time to rededicate ourselves to ensuring that all individuals have access to the health care they need.” (emphasis mine)

So, this administration is committed to codifying Roe vs. Wade, and appointing judges that respect foundational precedences like Roe. Again, this is old news in a country like Canada where our Prime Minister, himself a “Catholic,” has touted his support for the right to abort until the moment a child is born. Nonetheless, America is very much a symbol for the world, and this outright praise of abortion, and even the suggestion that appointments of judges will be based on abortion friendliness, is astounding for all to see.

There will be hell to pay because of this, as God will not be mocked. Of course, the evil has already been happening for decades, and this does not change the minds of those already committed to abortion. But, it is doubtless that this will now embolden the enemies of life and innocence as a veritable Pandora’s Box of abortion-positive sentiment has been unleashed.

If the POTUS, who labels himself as a committed Catholic mind you, is so vocal about unfettered access to abortion both at home and abroad; then what is stopping the average left-leaning person from being more vocal in their daily life? Perhaps, even in recent years it was necessary in polite company to be at least a bit reserved about such an issue, but this is no longer the case if this sentiment is now the national orthodoxy.

There will surely be other consequences, such as a stronger stranglehold on pro-life agencies and the pro-life movement, which is personified by the fact that the March for Life was cancelled this year due to a combination of coronavirus restrictions and security protocol in Washington, D.C. It is ironic that massive riots and protests can be had while the “pandemic” was raging, but now as even states like California open up, it is the pro-life rally that must be cancelled.

If anything, we have learned that we should not put our faith in princes, as Our Lord tells us. Donald Trump was clearly the better choice, and his reign was a net positive for Catholics, but no man can stop what is coming — what has already arrived. We must get on our knees and beg for God’s Mercy. There is no other way.