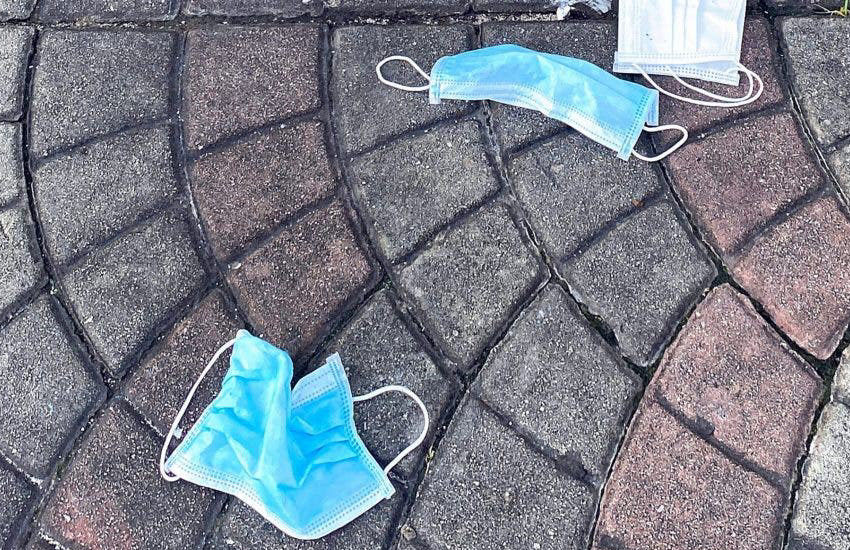 Is Our Society Communist? Part 2

In the first article in this series, we spoke about the almost complete global spread of the Marxist Errors of Russia, and how they are visible in multiple forums of society. We will continue that theme in this article, again pulling from the interview of Michal Semin and the late John Vennari from a few years ago. There are more aspects of Communism that directly regulate our daily lives, and the links to the COVID ‘Doctatorship’ are striking.

Industry and Commerce Under Marxists

Under a Marxist regime, industry and commerce are completely taken over by the government, and not just in a sense of basic regulation, but in ways arbitrary and even harmful to the flourishing of honest business. In communist regimes, this taking over of industry was obvious and explicit; but as I have said previously, Marxism does not have to be out in the open in order to be present. Thus, if the symptoms of the Marxist disease are present, then the contagion is reasonably inferred.

It is not the case in Catholic social thought that there should be no regulation of business, and it is even true that under great Catholic counter-revolutionaries there has been a veritable take-over of the economy, however not in the vein of the Marxists. What we see in nations like Salazar’s Portugal, or Franco’s Spain — where Catholic principles were applied to modern society with great efficacy — the strong influence of the government was actually a tool to purge the society of Marxist economic errors, in order that society might thrive. Take a quick look at the economic success of Portugal and Spain, relative to their neighbors at the time, and you will see how this works.

In any case, the control of industry and commerce by Marxists is wholly arbitrary, which means that the measures and regulations put in place are largely contrary to the good desired by the industry. Ultimately, the control of the economy under Communism is geared towards the production of what is truly “essential” in the eyes of those who pull the levers of the government, while they willingly sacrifice, even ban, “non-essential” things.

This sounds eerily familiar to the COVID economies that now separate businesses and workers into essential and non-essential groups. Currently in Canada, for example, the various provincial governments have gone beyond simply declaring what is essential, and they are now even telling manufacturing businesses what they are allowed to produce while operating. My country is committing economic suicide, but the measures are currently accelerating, with no real end in sight — although they do keep promising only another two weeks and we will be done.

This did not arrive with COVIDism however, as our businesses were primed for this for decades. The amount of arbitrary regulatory structures in place for virtually every single business is remarkable. From the health unit, to the liquor license board, to the municipal beautification committee, to diversity and inclusion in hiring practices, and a half-dozen other restrictions; operating a business in a normal time is complicated enough. This long-standing arbitrary overreach has bred a Marxist mentality for some time.

Breakdown of the Human Spirit

The true end of Marxism is to send souls to hell, as it is a diabolical cult. Breaking down the human spirit is an advantageous precursor to achieving such a nefarious goal. There are various tools that Marxists use to demean our human nature and dispirit man. They all have the inherent design to control the will of the person as if the human were a dog or some other animal. The most effective tools that the COVIDians are using currently are the tools of social isolation and masking.

By separating people, under the guise of public health, these maniacs have set people against their own nature. You see, people are relational by nature; thus, we need human contact in order to thrive.[1] In fact, one of the horrors that afflicted the swaths of orphaned children during periods of war, was the realization that infants would actually die from lack of human contact. They died even when their basic needs of food and water were adequately addressed! The disease that befell these poor children was called Failure to Thrive, and was remedied by the orphanage workers by simply holding the infants for 15-20 minutes/day. What is happening now with regard to the isolation of people, especially the elderly, is a form of this. The powers that be know full well that people will lose their spirit and will if they are isolated for a period of time — this is why solitary confinement is used as a method to subdue the most violent of criminals, and also why it is used by communists to break down political dissenters.

Think of how animals are often treated. We tie a cow to a post, let it graze there alone, until we are ready to return to give it our attention and allow it to move to another place. Any animal in a cage or pen is basically treated this way; yet, they do not have rational souls and are not made in the image of the relational Triune God. However, all of these COVID protocols are, in effect, treating human beings as if they were animals. Humans must remain “tied to the post of their home” and “graze there contentedly in front of their electronic devices” until the executive mandates say otherwise. Treating humans as beasts or as “cogs” in the machine is a hallmark characteristic of Marxism because they deny the existence of the soul and supernatural reality of man.

Wearing of the Mask

The other, and perhaps even more effective tool being used by the Faucists at this moment, is the mask. Quite frankly, it doesn’t even matter whether or not the mask is effective in slowing the spread of a virus or bacteria from a sick person to another, because there is absolutely zero evidence that a mask is useful on healthy people. And, even in the case of sick people, any sane medical professional will tell you that a surgical mask is only effective in limited circumstances and when worn properly and cared for correctly.

Grabbing an old mask off the rear-view mirror, or pulling it out of a coat pocket, just before entering a supermarket hardly personifies hospital-level hygiene practice. How often do people pull their mask down, wear it on their hair, under their chin, tug at it with their fingers, or place it on a table. These cloths might actually be germ infested traps and some people are now reporting various ailments caused by wearing a mask for extended periods. Nevertheless, all these unhygienic practices are accepted in the COVIDian regime because mask wearing has nothing to do with human health, but rather is a means of social conditioning humans to be dehumanized and dispirited. Note how one’s voluntary covering of their face in public does accomplish that goal and does not achieve the red-herring of ‘concern for another’s health and well-being.’

The mask means people no longer smile at each other and ignore each other even more readily. It further makes speaking and hearing more challenging – in other words, it works against communication and human social interaction (further isolating us). My friend’s wife has a hearing disability and she relies heavily on reading people’s lips. Yet, now with everyone wearing a mask she feels more alone, humiliated, demeaned and discriminated against than ever. She can’t even ask people to pull down their mask and talk to her because they irrationally “freak out” and think they might die – or lose their job – if they lower their face cloth.

These COVIDian measures are training (social conditioning) people to be justified in getting angry at people who are perfect strangers but don’t meet their COVIDian-standards. People are sadly so much more on edge and aggressive towards one another. Where is not only our Christian charity, but also our basic human decency? I believe it’s being covered up by a mask.

Inciting people against one another is a classic Marxist tactic. In fact, they want to train people to “snitch” on each other, even neighbors and family, so that everyone is afraid of everyone else. Marxists know it is impossible to control an entire population by military force, but an entire population can be controlled by neighbors who are socially-conditioned to turn one another in when they don’t meet the arbitrary standards set by Big Brother.

Again, we return to the idea that the measures from Communists are always arbitrary and unnecessary. The government knows that their beloved face-vestments do nothing, this is why they railed against people donning them at the start of the “pandemic.” Furthermore, the fact that any “face-covering” will suffice proves that this has nothing to do with health. A virus is a tiny particle, smaller than the holes in the fabric necessary for your air to come in and out of the mask; thus, if you can breathe through your mask… you can spread a virus through the same mask. At present, you can be barred entry into stores in some places if you do not don a face-covering, but if you wrap a winter scarf around your face, or pull up your turtle-neck high enough, you pass the COVIDism test. This has nothing to do with a virus, unless we mean the virus of Marxism. It is a conditioning tool, used so that you will don their lie in public for all to see, and if you do not comply with their deception, you will be barred from interacting — in whatever diabolical way they allow — in their dystopian nightmare.

In our next article we will discuss the Communist tactics now used to control the Church, and how this has always been the goal of the political Left.

[1] Catholics should especially know that humans are relational because we are made in the image and likeness of God. God is a Trinity: three Divine Persons Who exist in such perfect relation to one another that They are only One God.