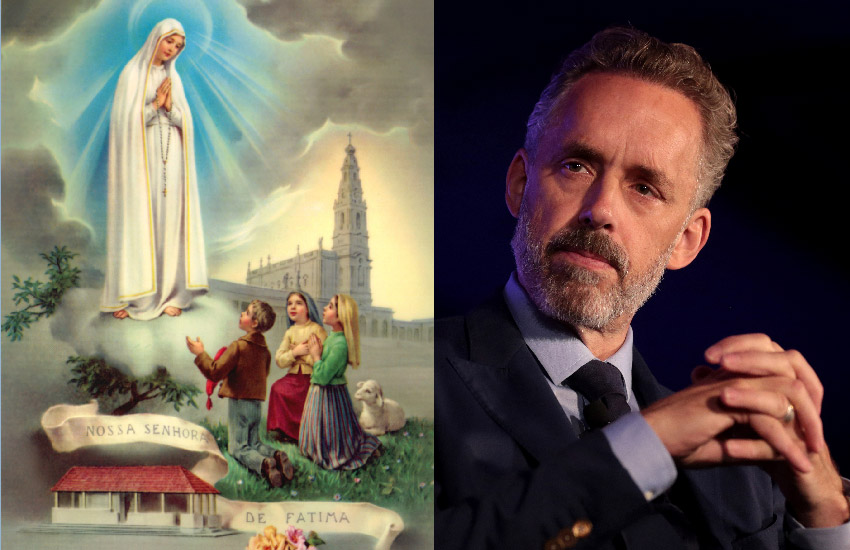 Jordan Peterson against the Errors of Russia

A few years ago, the popular psychologist, Jordan Peterson, made waves on the Internet for his insistence that he would not bow down to the ideology of gender pronouns. Interestingly, he did not even say he would never use a novel pronoun, but he planted his flag in the freedom for a man to be able to speak what he ought. Of course, as Catholics, we do not believe in an unadulterated free-speech — this would mean blasphemy would be tolerated, for example.[1] However, we do believe that a man must be able to speak the truth; no matter the politically charged atmosphere.

So, for the better part of three years, Jordan Peterson was a celebrity who stood up for what are in reality Classical Liberal ideas — namely, that a man has freedom to live and speak as he pleases. But, he also brought biblical concepts into the realm of popular discourse. Now, his theological musings are often filled with error, and we cannot recommend them; nonetheless, he is a highly intelligent man, and it was quite the phenomenon to see droves of agnostic/atheist-leaning young people flock to the notion that the Bible contains fundamental truths.

Since that time, Peterson has gone through some very difficult times in his personal life, mainly due to severe health concerns. Just before he fell seriously ill and seemingly fell off the map, he started to sound a lot more Christian.

He stated publicly that he needed to investigate the historical truth of the Resurrection, and that he was taking it seriously. Furthermore, in an interview with Bishop Barron, he seemingly admonished the bishop — known for his universalist position regarding salvation, the “dare we hope” hypothesis” — that the cleric ought to focus more on God’s justice than just His mercy. And, he said in an interview on the Jewish-run Prager U (a conservative think tank):  “I think that Catholicism … that’s as sane as people can get.”

As I mentioned, since his peak celebrity status he had gone into hiding, but has since re-emerged and seems to be feeling better, thanks be to God. Again, his theological positions had for years been of a gnostic/psychological variety, as he was an admitted disciple of the very gnostic-leaning psychologist, Carl Jung. But, perhaps a struggle with serious disease, and not to mention the loads of Christians who have surely prayed for his true conversion, has softened his heart to supernatural faith. Pray for his conversion.

Of course, we primarily want everyone to come to the fullness of the truth, in order to save their soul. However, Peterson has also been a secular champion against the encroachment of Marxist ideology in education and society. A quick Internet search and you are guaranteed to find a plethora of videos of him berating the advent of Marxism in the culture, and he seems to have an encyclopedic memory of what happened in the Soviet Union. Frankly, if there was ever a man who — on the natural order — understands the Marxist elements within the ‘Errors of Russia’ now so prevalent, it is him.

Much of Peterson’s teaching and writing has focused on the evils of Marxism, both in the cultural sense that he has seen in academia, and also by way of analyzing the trends of history that lead to governmental implementation of Marxist ideas. I have followed his work closely for years, and a central theme to his worry about the coming of Marxist Communism in our society is the insistence that people lie. And the more lies abound and are insisted upon and repeated, well the more that vast numbers of people willingly believe them.[2]

Peterson is a fervent disciple of the work of Aleksandr Solzhenitsyn (+2008), who is perhaps the most prolific Russian author of the past century. Often, Peterson has made recourse to a quote that Solzhenitsyn wrote in regard to lying: “The simple step of a courageous individual is not to take part in the lie. One word of truth outweighs the world.”

As Dr. Peterson began his crusade against political correctness, he made it clear that what ultimately mattered was the truth and that a society that forced you to use terms to identify a person that contravened biological reality was not a trivial matter.

I remember watching the news in Canada when he first began to publicly defy the narrative, and he was routinely labeled as being “too extreme” because it wasn’t that big a deal; it was just a question of pronouns. But, he sounded the alarm bells and warned that if a government were to take action against a man like him, that the line would be crossed from ideological Marxism, to real Communism.

He was correct, as these lines have been crossed. Furthermore, he warned that things would accelerate as the radical Left would seek to consolidate power. It would be interesting to get his take on what has happened since the coronavirus takeover has begun.

As I mentioned, Peterson’s secular understanding can lend great support to Catholics’ understanding of the ‘Errors of Russia’. This can be seen clearly in the following quote taken from the introduction he wrote to a recent edition of Aleksandr Solzhenitsyn’s The Gulag Archipelago:

“Why, for example, is it still acceptable to profess the philosophy of a Communist or, if not that, to at least admire the work of Marx? Why is it still acceptable to regard the Marxist doctrine as essentially accurate in its diagnosis of the hypothetical evils of the free-market, democratic West; to still consider that doctrine “progressive,” and fit for the compassionate and proper thinking person? Twenty-five million dead through internal repression in the Soviet Union. Sixty million dead in Mao’s China. The horrors of Cambodia’s Killing Fields, with their two million corpses. The barely animate body politic of Cuba, where people struggle even now to feed themselves. Venezuela, where it has now been made illegal to attribute a child’s death in hospital to starvation. No political experiment has ever been tried so widely, with so many disparate people, in so many different countries and failed so absolutely and so catastrophically. Is it mere ignorance that allows today’s Marxists to flaunt their continued allegiance – to present it as compassion and care? Or is it instead, envy of the successful, in near-infinite proportions? Or something akin to hatred for mankind itself? How much proof do we need?”

Imagine what an intellectual powerhouse like Peterson might be able to do to promote the Consecration of Russia if he were to convert to the Catholic Faith and embrace the full truth of Our Lady’s Fatima Message. He wouldn’t be the first great intellectual to cross the Rubicon and convert from the intellectual class of his day. Perhaps we should pray to Saint Augustine for his timely intercession.

[1] St. Louis IX undoubtedly ranks among the greatest of all monarchs. Reading his biography, one can’t help but be moved by his insistence that blasphemy would not be permitted within his kingdom. Understanding that this sin would bring divine chastisements upon his people, he strictly outlawed it. This evil was punished by branding the tongue. A powerful nobleman violated this law, defiling the holy Name of Our Lord. Many thought he would not be punished, but St. Louis upheld the law of the land and the rights of God. He even exclaimed: ‘Willingly would I have my own tongue branded if this would purge my kingdom of this offense against God.’ Let us pray for such leaders, confidently knowing that we will see such men again under the peaceful and glorious reign of the Immaculate Heart of Mary.

[2] Lying is certainly not unique to Marxism, but it is a necessary ingredient in any tyrannical government. Joseph Goebbels, who oversaw Hitler’s Nazi propaganda machine, is credited with saying: “If you tell a lie big enough and keep repeating it, people will eventually come to believe it. The lie can be maintained only for such time as the State can shield the people from the political, economic and/or military consequences of the lie. It thus becomes vitally important for the State to use all of its powers to repress dissent, for the truth is the mortal enemy of the lie, and thus by extension, the truth is the greatest enemy of the State.” His notion is commonly known as the “Big Lie.”