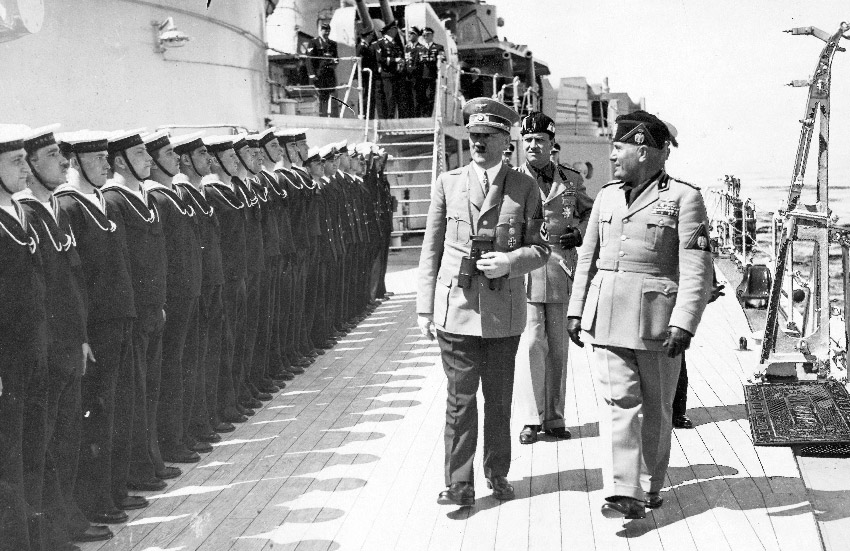 Part 2 in the series The Pagan Ritualism of the Coronavirus

With this article we continue our series investigating the ritualistic pagan spiritualism that seems to emanate forth from the everlasting flu-season we would all like to forget. Admittedly, it is a trope of the political and religious left to throw around the name “Hitler” with reckless abandon. This is not my intention here, and in fact I am often reluctant to make comparisons to the evil man, as it is not useful to undermine the evil of Hitler’s presence on this earth. However, while trying to make sense of the paganism associated with the coronavirus cult, I recalled a video I had seen a few years ago from the well-known psychologist, Jordan Peterson.

Now, Peterson is clearly a highly intelligent man, but his ‘theological’ and philosophical outlook, especially regarding the Scriptures, is distinctly gnostic. He seems to be a disciple of Nietzsche, a sort of materialist and atheist, and Carl Jung, who was sympathetic to gnostic and alchemist ideas. However, Doctor Peterson is one of the world’s most competent intellectuals in the realm of understanding totalitarian regimes. Enigmatically, Peterson is also a devotee of Aleksandr Solzhenitsyn, the Russian author who wrote triumphantly about the moral decay in the USSR. Solzhenitsyn professes a deep Orthodox Faith in his writings, and not the sort of gnosticism in the other intellectuals heretofore discussed.

In any case, by watching Peterson’s video, I was reminded of the ritualism and paganism that permeated Hitler’s teachings and actions.

In his speeches, Hitler would make reference to the pagan gods of the old Northern European cults, many of them sharing commonalities with Norse Mythology. In fact, the pagan ritualism was so deep in the ethos of the Nazi party that in 1920 they held a Christmas event, but instead called it a “Solstice” celebration, and in their own newspaper they made mention of prophecies from an apocalyptic work called Ragnarok. Apparently through the lens of this pagan mythology, they saw the prophesied downfall of the Aryan race as something foretold.

At any rate, pagan religions require sacrifice and purity just like any other religion. We might think of the grotesque sacrifices of the Aztec society that sacrificed living human beings to the various gods they worshipped. Such macabre rituals have been found throughout history, from the Amazon rainforest to the Hindu worship of Kali, from Carthage’s child sacrifice to Ball Hammon, to the worship of Moloch which infested Solomon’s Kingdom in the Promised Land. However, the only acceptable and True Sacrifice is in the Catholic Faith.

The notion of sacrifice is built deep within the human person. We know from the episode of Cain and Abel at the beginning of Scripture, that it is possible to sacrifice in ways that God accepts and in ways that He rejects.

The reasons for ritual sacrifice are many, but two notable reasons are that of ritual purity and for prosperity. Hitler blended the two motivations in his attempt to revitalize Germany in his own image.

Peterson explains how at the beginning of Hitler’s public reign he made promises of “purity” and “beauty” to the people. Of course, properly understood purity is a good thing, but it was not a Catholic or even virginal purity that Hitler sought. So while his words may have been attractive, Hitler’s notion of ‘purity’ was malevolently warped and seeped in naturalism.

He organized campaigns of medical busses that went about the country finding people afflicted with tuberculosis. This was welcomed, as tuberculosis was a real illness that afflicted many. Yet, it set a dangerous precedent of method and intrusion on behalf of the government that primed the society for further measures.

The sick were taken away from their families and treated for their diseases. In addition, Hitler “cleansed” the workplaces by “purifying” them with extreme chemicals, notably Zyklon-B, which was the same chemical used in the gas-chambers. It was used to kill rats and other pests, and to kill any germs.

Hitler himself was obsessed with germs and parasites, which was evidenced in the language he often used in his speeches. He referred to Jews and other groups as parasites and vermin, and their presence in society as cancerous and diseased. The only way for Germany to progress, in his eyes, was to exterminate the problem by ‘sacrificing the unclean’.

The mentality that Hitler engendered in society was one of a race of clean opposed to unclean peoples. As we all know, the Jews were subsequently required to wear a garment that readily identified them visually as members of “unclean” race. This made it easy for “regular folk” to publically berate them. Then it even became socially acceptable to damage their property and employ violence against them. Eventually the Jews, and other arbitrarily determined “unclean” groups, were murdered en masse.

It should be noted that Hitler also viewed opposing ideas as being part of the virus that infected the German nation. Therefore, dissidents from the party line were ritually sacrificed as well. Eventually, massive economic resources were put into fulfilling the ‘Final Solution’, even at the behest of the war effort, national economy, and the real ‘common good’.

WHAT DOES ALL THIS HAVE TO DO WITH THE CORONAVIRUS?

Well, what our overlords have engendered in our society is starkly similar to the same mentality as Nazi Germany. Using the virus as an excuse, our governments have largely implemented measures that encompass all aspects of our lives. Our whole mode of being in common society has been altered to include ritual hand washing, hand purification, new modes of standing in lines, and so on.

Our governments have senselessly destroyed large portions of our economies, for no legitimate reason at all. In many countries, government officials are now taking people who test positive (and who are not necessarily even sick!) and keeping them from their families for up to two weeks at a time. Some U.S. states, such as Ohio, are now designating ‘camps’ where those who are tested positive can be sent to keep them away from the rest of society.

When the pandemic was declared, workplaces were promptly closed down, and much like under Hitler, a regime of chemical purification was used to cleanse every workplace of any possible trace of “the virus.” Religious worship was cancelled in many places, and people who choose to go against the virus orthodoxy are labeled as dissenters.

Recently, a woman in Australia was arrested and taken from her own home for promoting an event on Facebook that was organized to protest mask wearing. She may not have been killed or sent to a concentration camp like Hitler’s opponents, but that sort of treatment didn’t come in Hitler’s Germany until the population had been tightly controlled.

HISTORY HAS A WAY OF “REPEATING” ITSELF

The masks that many are forced to wear act in a similar manner to the Star of David that was thrust upon German Jews. In their case it was necessary to wear the emblem as a way of signifying to the public whether you were part of the “clean” race or not, in order that people could avoid you.

Today, if you do not wear the mask, you are seen as an untouchable, and even as someone who is a potential infector and harbinger of death. In the accepted narrative, a ‘maskless one’ is uncaring, immoral, and ought to be avoided by all.

Even the language that health officials are using to describe coronavirus is eerily similar to how Hitler described the Jews. The virus is now a scapegoat that can be blamed for every ill in society, and our “top doctors” speak of it as if it were a person, with a degree of intelligence. People who do not obey the viral orthodoxy are labeled “spreaders” or “superspreaders,” and their fellow citizens have no issue ritually shaming them in public places if they fail to render proper obeisance to the corona cult.

Because the contagion is seen as the world’s most evil enemy, you get the feeling that governments will justify any means, so long as they “beat the virus.” It makes you wonder what the logical outcome of this could be. Would the powers that be exterminate people who must be sacrificed to appease the virus?

In these times we must rely on Our Lady, and pray ever more fervently for the Consecration of Russia to the Immaculate Heart of Mary. Never forget that we have Our Lady’s promise, “In the end, My Immaculate Heart will triumph.”

As dire as these times may be for some, ultimately Our Lord is in control, and He receives great glory and honor through the most astonishing and “impossible” reversals.

1 Today, many all too easily forget the great good brought by Christendom to the New World in converting and baptizing civilizations that had been enslaved by pagan demons. Few people know that most of the native tribes in Mexico welcomed the Spaniards and even joined them to help defeat the powerful Aztecs who demanded tribute in human lives from conquered neighbors.