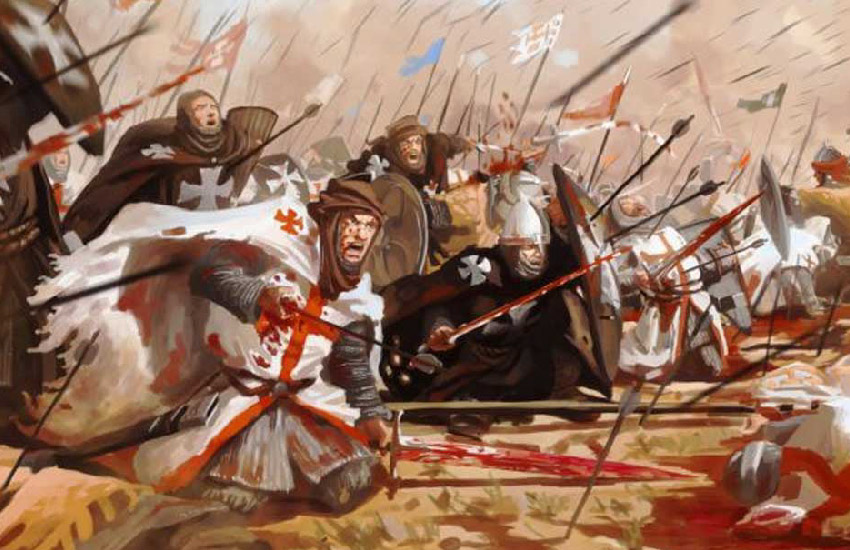 Five Exceptions to “Thou Shalt Not Kill”

The Fifth Commandment forbids willful murder, abortion, suicide, fighting, quarreling, scandal, bad example, anger, hatred, and revenge. As stated by Canon Francis Ripley in This is the Faith: “Life is man’s greatest good, so God wishes to safeguard it against attack. God alone is the author of life; He alone may take life — apart from the circumstances of a just war, the execution of a criminal, and legitimate self-defense.”

There are five primary exceptions to the universal prohibition against killing: the killing of animals, capital punishment, a soldier killing in a just war, self-defense, and accidental killing.

The Killing of Animals

The killing of animals is the first exception. The Catechism of the Council of Trent clarifies that killing, in this Commandment, refers only to human beings and not animals:

“It is not prohibited to kill animals; for if God permits man to eat them, it is also lawful to kill them. When, says St. Augustine, we hear the words, ‘Thou shalt not kill,’ we do not understand this of the fruits of the earth, which are insensible, nor of irrational animals, which form no part of human society.”

While killing of animals does not break the Fifth Commandment, torturing animals is a sin. Since God has made humans the caretakers of animals (cf. Genesis 2:15), we are to treat His creatures with respect and care. The examples of St. Francis of Assisi, St. Francis of Paola, St. Philip Neri, and others express the gentleness and kindness we are to show to God’s creatures out of love for the Lord.

The lawful execution of a criminal is the second exception. By law, certain crimes are punishable by death and the Church accepts the validity of capital punishment, despite what present authorities might claim to argue. The Baltimore Catechism #3, Q.1276 explains, when asked under what circumstances human life may be lawfully taken: “By the lawful execution of a criminal, fairly tried and found guilty of a crime punishable by death when the preservation of law and order and the good of the community require such execution.”

Who has this authority? It is none other than the lawful authorities: “Another kind of lawful slaying belongs to the civil authorities, to whom is entrusted power of life and death, by the legal and judicious exercise of which they punish the guilty and protect the innocent.” (The Catechism of the Council of Trent)

Far from being supported only in the Middle Ages, the Church has supported the use of the death penalty as far back as at least Pope Innocent I, who in 405 AD wrote:

“It must be remembered that power was granted by God [to the magistrates], and to avenge crime by the sword was permitted. He who carries out this vengeance is God’s minister (Rm 13:1-4). Why should we condemn a practice that all hold to be permitted by God? We uphold, therefore, what has been observed until now, in order not to alter the discipline and so that we may not appear to act contrary to God’s authority.”[1]

St. Thomas Aquinas asserted two primary reasons for governments to execute criminals. The first is the preservation of the common good:

“Now every individual person is related to the entire society as a part to the whole. Therefore, if a man be dangerous and infectious to the community, on account of some sin, it is praiseworthy and healthful that he be killed in order to safeguard the common good, since ‘a little leaven corrupteth the whole lump’ (1 Cor. 5:6).”[2]

The Catechism of the Council of Trent concurs and expands upon the responsibilities of governments to provide for the protection of their citizens. This may necessitate the use of capital punishment against those who are fairly tried and found guilty of a crime sufficiently heinous to warrant execution:

“The just use of this power, far from involving the crime of murder, is an act of paramount obedience to this Commandment which prohibits murder. The end of the Commandment­ is the preservation and security of human life. Now the punishments inflicted by the civil authority, which is the legitimate avenger of crime, naturally tend to this end, since they give security to life by repressing outrage and violence. Hence these words of David: In the morning I put to death all the wicked of the land, that I might cut off all the workers of iniquity from the city of the Lord.”

The second benefit of capital punishment is its ability to bring about expiation for the sinner’s crime, as St. Thomas Aquinas affirmed:

“They…have at that critical point of death the opportunity to be converted to God through repentance. And if they are so obstinate that even at the point of death their heart does not draw back from malice, it is possible to make a quite probable judgment that they would never come away from evil.”[3]

On this point of capital punishment as a means of expiation, Pope Pius XII insisted: “Even in the case of the death penalty, the State does not dispose of the individual’s right to life. Rather public authority limits itself to depriving the offender of the good of life in expiation for his guilt, after he, through his crime, deprived himself of his own right to life.”[4] As a result, the Church affirms the legitimacy of capital punishment. However, the greatest care should be taken, though, to ensure that no innocent person is ever executed for a crime he did not commit. Justice demands this.

Killing in a Just War

A just war is the third exception. A just war permits a soldier to take the life of another in armed combat, as the Roman Catechism demonstrates in light of the Old Testament:

“In like manner, the soldier is guiltless who, actuated not by motives of ambition or cruelty, but by a pure desire of serving the interests of his country, takes away the life of an enemy in a just war. Furthermore, there are on record instances of carnage executed by the special command of God. The sons of Levi, who put to death so many thousands in one day, were guilty of no sin; when the slaughter had ceased, they were addressed by Moses in these words: You have consecrated your hands this day to the Lord.”

“Peace should be the object of your desire; war should be waged only as a necessity…in order that peace may be obtained. Therefore, even in waging a war, cherish the spirit of a peacemaker, that, by conquering those whom you attack, you may lead them back to the advantages of peace…As violence is used toward him who rebels and resists, so mercy is due to the vanquished or captive.”[5]

His words have helped form the Catholic teaching on a just war, which obliges a soldier to protect both captives and civilians. For this reason, heinous attacks on innocent civilians — such as the dropping of nuclear bombs by the U.S. over two cities in Japan in August 1945, during World War II — constitute a serious mortal sin. Certain evils, like the murder of innocent civilians, can never be done so that good may come (cf. Romans 3:8).

Death by accident is the fourth exception. Since sin requires consent of the will, accidentally causing the death of another is generally not a sin, as The Catechism of the Council of Trent well explains:

“Such accidental deaths, because inflicted without intent or design, involve no guilt whatever, and this is confirmed by the words of St. Augustine: God forbid that what we do for a good and lawful end shall be imputed to us, if, contrary to our intention, evil thereby befall anyone. There are, however, two cases in which guilt attaches (to accidental death). The first case is when death results from an unlawful act; when, for instance, a person kicks or strikes a woman in a state of pregnancy, and abortion follows. The consequence, it is true, may not have been intended, but this does not exculpate the offender, because the act of striking a pregnant woman is in itself unlawful. The other case is when death is caused by negligence, carelessness or want of due precaution.”

Lastly, killing in self-defense is also without sin, assuming it is done as a last resort: “If a man kills another in self-defense, having used every means consistent with his own safety to avoid the infliction of death, he evidently does not violate this Commandment.” (The Catechism of the Council of Trent)

Thus, it would be improper to judge killing as being against the Fifth Commandment when one of the five exceptions permitted by the Church, as explained above, is involved.