The phrase “family values” is usually an empty one when it comes out of the mouths of politicians like Donald Trump and Bill Clinton, even more so coming from “Catholic” pols who support same-sex “marriage”, quick-and-easy divorces and abortion on demand.

William J. Bennett is an American pundit, politician, and political theorist who takes a conservative position on affirmative action, school vouchers, curriculum reform, and religion in education. His many books include The Children’s Book of Virtues (1995) and The Death of Outrage: Bill Clinton and the Assault on American Ideals (1998), both of which are highly recommendable. The Death of Outrage and his bestselling The Book of Virtues (1996) established him as one of the nation’s most popular defenders of the traditional moral order. 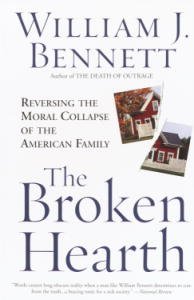 Today I want to recommend to you The Broken Hearth: Reversing the Moral Collapse of the American Family (2002). In this study of family breakdown in the United States, Mr. Bennett makes a strong, well-reasoned defence of the traditional family. Interweaving history, anthropology, law, social science, and the teachings of Christianity, he argues that marriage between a man and a woman and the creation of a permanent, loving, and nurturing environment for children is a great historical achievement that should not be lightly abandoned in favor of more “progressive” arrangements.

Mr. Bennett shows conclusively that the solid core of the “nuclear family” — mother + father + children — has been a constant in Christian civilization. The orientation of married couples towards the education and upbringing of their children constituted the key to the relative stability of marriage and family in past eras of socio-economic change. It is the collapse of that orientation that accounts for the unprecedented levels of divorce, illegitimacy, cohabitation, and fatherlessness that we witness today.

A major cause of today’s breakdown of social order is the relativistic view of family as merely a matter of individual preference. The “progressives” — even in the Roman Catholic Church — tell us we’re free to choose any arrangement that suits us. “Love whoever you please — whatever works for you.”

That kind of thinking undermines any attempt to make a moral, legal, or policy distinction between traditional marriage oriented towards the welfare of children and other possible domestic arrangements. It makes it impossible to argue against same-sex marriage, cohabitation, and illegitimacy, all of which were once easily seen as inherently destructive of family welfare.

In The Broken Hearth, William Bennett argues persuasively that the revolution in divorce law and the normalization of same-sex “marriage” are destroying the institution of the family. He points to the copious evidence that the divorce culture and the legitimization of homosexual behaviour have had devastating effects on children and adults alike.

Mr Bennett concedes that reversing the collapse of the institutions of marriage and family will not be easy. It won’t be enough to stand up against the “progressive” politicians and the liberal elites of the universities and the media. The real challenge will be dealing with “the apathy and surrender” of those, including leaders of the Church, who should know better but are unwilling to give battle.

We also need to strengthen our own families, for mutual support in the stresses and conflicts of daily life, outside and even within our homes. We need to fortify ourselves against the temptations and snares of the decadent society in which we live. In these difficult times, in which the family is continuously assaulted from almost every direction, the family needs the weapon of prayer more than ever.

But how should the family pray? St. Francis de Sales said that the greatest method of praying is the Holy Rosary. The family that prays together stays together.

Sister Lucia of Fatima explained the power of the Rosary when she told Father Fuentes:

The Most Holy Virgin, in these last times in which we live, has given a new efficacy to the recitation of the Rosary to such an extent that there is no problem, no matter how difficult it is, whether temporal or above all spiritual, in the personal life of each one of us, of our families, of the families of the world, or of the religious communities, or even of the life of peoples and nations, that cannot be solved by the Rosary. There is no problem, I tell you, no matter how difficult it is, that we cannot resolve by the prayer of the Holy Rosary.

When the family prays the Rosary together, they are complying with a request made by Our Lady of Fatima in each of Her Apparitions. Blessed Jacinta of Fatima, the youngest member of the family, was the one who convinced her family to say the Rosary together. We also should try to establish this most efficacious custom in our families.

Click here to learn how to pray the Holy Rosary. There’s a diagram of the Rosary beads, along with all the prayers and a list of the fifteen Mysteries of the Holy Rosary. 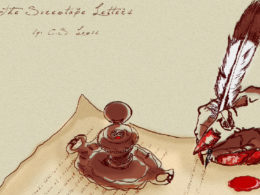 “Indeed the safest road to hell is the gradual one – the gentle slope, soft underfoot, without sudden…
byKennedy Hall
No comments 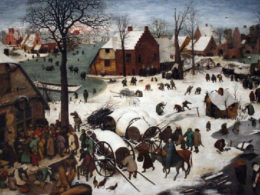 Read the previous article: Lenten Fasting in the Medieval Church (Part 3) Introduction Besides the Lenten fast, the…
byMatthew Plese
18 shares
18
0
0
0
No comments 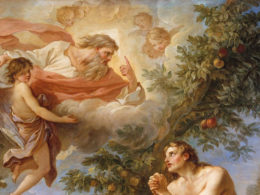 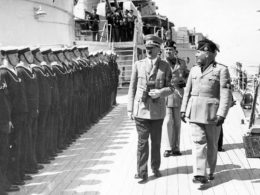 Part 2 in the series The Pagan Ritualism of the Coronavirus [Read the previous article: Part 1: The…
byKennedy Hall
No comments