No Church for Old Men

And so, with dreary predictability, Pope Francis has “set his sights” on the Traditional Latin Mass, which is experiencing tremendous growth among young people. Francis is reportedly moving in for the kill, lest this rebirth of traditional Roman Catholicism become unstoppable (which it is in any event, no matter how Francis — or anyone else — tries to impede it[1]).

The Roman rumor mill is abuzz with reliable insider reports that a document in the final stages of preparation will effectively reverse Summorum Pontificum and return at least diocesan priests who celebrate the traditional Mass to the pre-Summorum status quo in which they would need episcopal permission — an “indult” — to celebrate the received and approved rite of Mass in the Western Church, whose canon is of apostolic origin. This even though, as Benedict declared more than thirteen years ago, the Latin Mass was “never abrogated” and “in principle, was always permitted.”

As for communities such as the Priestly Fraternity of Saint Peter, devoted exclusively to the traditional Mass and Sacraments, the reports are that they will, at best, be confined to their existing apostolates and surveilled to ensure their compliance with “the Council” — meaning that super-dogma of endless reform in which everything goes, except what is traditional.

Francis, age 84, will reportedly place the Prefect of the Congregation for Divine Worship, Abp. Roche, age 71 — notoriously hostile to the Latin liturgical tradition — “in charge of the operation of the Traditional Mass and the Ecclesia Dei communities.” Anticipating the coming purge of the Latin Mass, the 74-year-old Archbishop of Dijon, France, Ronald Minnerath, has just expelled the Priestly Fraternity from his archdiocese, after 23 years of offering the traditional Mass at a church that is “likely the most frequented parish in town.”

As no less than The Economist observed back in 2012, before the Church was afflicted with a Pope who cares more about climate change than the salvation of souls, the Latin Mass revival that Pope Benedict sparked in 2007 with Summorum is primarily a movement of young people — so much so that The Economist quipped “it’s trendy to be a traditionalist.”

But Francis will have none of that, even though he depicted “young people” as prophetic voices for our time during the ridiculous Synod on Young People in 2018. Apparently, the young are prophets only when they say what Francis and his fellow octogenarians and septuagenarians want to hear. And what they want to hear is that they have not invested their entire careers in a “renewal” that is in fact a total disaster that has emptied the pews, the seminaries and the convents of the New Mass establishment while traditionalist orders and communities thrive.

As Father Pio Pace has put it: “This attack on the liberty of a little number of faithful when, elsewhere, everything seems to be permitted and allowed, would seem incomprehensible.” But then, the “ecclesial renewal” as a whole is incomprehensible — a veritable “auto-demolition” of the Church, as even Paul VI admitted (without also admitting his own decisive role in a senseless project of destruction whose results are self-evident today).

As one anonymous priest has observed (as reported by The Guardian): “The Church processed into the Second Vatican Council in cloth of gold and watered silk, and shambled out of the other end in drip-dry horse blankets and polyester.” The young people who still practice the Faith know a cheap imitation when they see it. What they want is the real thing.

The young are indeed the future of the Church, not the feeble old revolutionaries who cling to their delusion of an ecclesial springtime and, even as they stand on the cusp of eternity, are still trying to stamp out signs of regrowth amid the ecclesial winter their immense folly has created. The Church of the future is the Church of all time. The young want what is timeless. That timeless Church is no Church for stubborn old men.

[1] It is eminently appropriate to recall those words of Sacred Scripture uttered by Gamaliel when the Sanhedrin wished to execute the Apostles for witnessing to Christ “Refrain from [putting to death] these men, and let them alone; for if this council or this work be of men, it will come to nought; But if it be of God, you cannot overthrow it, lest perhaps you be found even to fight against God” (Acts 5:38-39). 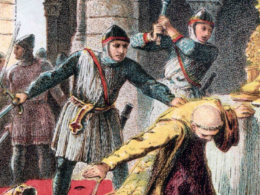 After celebrating the Companions of Christ (St. Stephen, St. John the Apostle, and the Holy Innocents), we celebrate…
byMatthew Plese
No comments 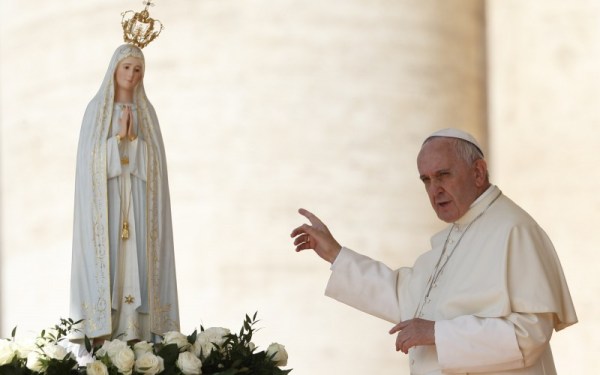 Happy Feast of the Immaculate Conception!

A blessed Feast of the Immaculate Conception to you!  “I will put enmities between thee and the woman,”…
byThe Fatima Center

The Archbishop of Adelaide, Australia, has been convicted of failing to report the sexual abuse of minors by…
byEd Faust