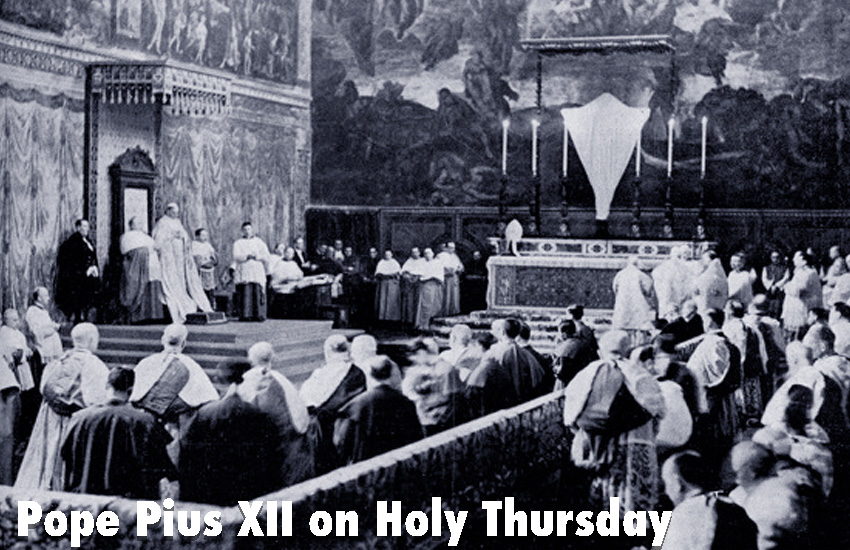 The Pope Who Isn’t Pope?

Nothing is more tedious or wasteful of time and intellectual effort than the debate over the supposedly invalid election of Francis. There was a conclave in 2013, Jorge Mario Bergoglio emerged as the Pope-elect, he accepted the office and was installed therein. Everything else is vain speculation—awaiting, perhaps someday, a revelation that would be confirmed by a successor Pope or Council, failing which the whole debate is academic.

But with Francis we have something never before seen in the annals of the papacy: a Pope who does not seem very much interested in being the Roman Pontiff, Vicar of Christ and Defender of Faith and Morals. Rather, Francis is evidently intent on using the power of the Petrine office to advance secular and political causes: everything from universal brotherhood, to curbing “climate change” (the pseudoscientific superstition that man can control the weather by reducing carbon emissions) to world government. No wonder the Grand Lodge of Spain (members suitably attired in their ridiculous COVID-19 obedience masks in addition to the usual Masonic garb) has hailed Francis’ call for “Universal Fraternity”—the primary dogma of the Freemasonic pseudo-religion.

All of this is perfectly obvious.  But one must note a seemingly small but actually enormous detail of this pontificate that has just emerged: On Holy Thursday, the date on which the faithful commemorate the Last Supper, the founding of the priesthood and the institution of the Holy Eucharist, Francis skipped the traditional Holy Thursday Mass, which is the first part of the Easter Triduum. He left that to the Dean of the College of Cardinals while he celebrated Mass in the private chapel of Cardinal Angelo Becciu, whom Francis had ousted from his position as Substitute Secretary of State on account of (rather murky) allegations of financial impropriety. While Francis did preside over the Chrism Mass in the morning,  as the AP reports, “[t]he Vatican never explained why Francis was skipping the official service.” Apparently, he felt he had better things to do than conduct all that Pope business of leading the Universal Church in her traditional Easter observance. Much better to commiserate with the very Cardinal he had ousted from his post.

The AP speculates that Francis was a no-show on Holy Thursday because, due to COVID-19—the imaginary plague that floats in the air and threatens everyone, not just the vulnerable elderly—he could not conduct his novel replacement for the Holy Thursday Mass. Francis decided early in his papacy that instead of doing what the Church does on Holy Thursday, he will visit  some prison or refugee center and indulge in a “a foot-washing ritual to symbolize Jesus’ willingness to serve others”—a showy display of “humility” that has nothing to do with Our Lord’s gesture, which exemplified the priesthood as a salvific office of service to the faithful in imitation of Our Lord. Which is to say that Francis has never been interested in Holy Thursday Mass as the commemoration of the Last Supper, the founding of the priesthood and the institution of the Holy Eucharist.

Ponder the fact carefully: We have a Pope who skipped Holy Thursday Mass to celebrate a private Mass in a Roman apartment with a Cardinal he had sacked. The evidence is overwhelming that with Francis we have a Pope who does not wish to be Pope but rather to employ the power and prestige of the office for his own ends: “It’s very entertaining to be Pope,” said Francis to his friend Cardinal Poli, as reported by National Geographic in an article entitled, appropriately enough, “Shunning Orthodoxy: How Pope Francis Is Remaking the Vatican.” Shunning the papacy as well, even as he wields the power of the office for ends that have nothing to do with the defense of faith and morals but rather tend to the prejudice of both. There has never been a papacy quite like this. But then there has never been a crisis like this in two millennia of Church history—as Our Lady no doubt foresaw in that Secret [the Third Secret of Fatima] whose integral contents have yet to be revealed.