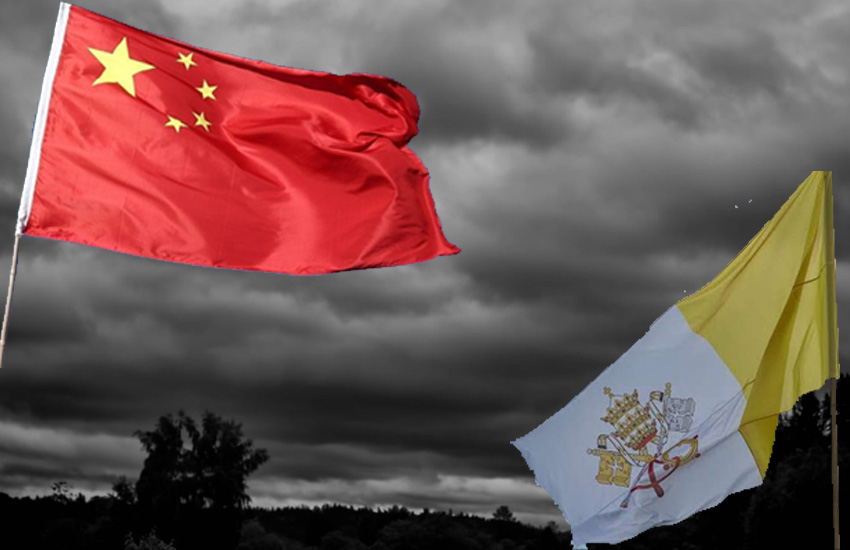 Vatican Poised to “Renew” Sellout of the Underground Church in China

An article in Asia News sounds the alarm about a prospective renewal of the “provisional agreement”—i.e., betrayal of the Church in China—between the Vatican and the Butchers of Beijing, as I prefer to call the Chinese Communist Party.

Asia News points to a piece in the Global Times which reveals that “Negotiations between China and the Vatican on the renewal of the agreement on bishop appointments is proof that the framework has worked well for the past two years, which will help elevate the bilateral relations to the next level, observers said.”

Who is negotiating this “renewal”? None other than the perfidious Bishop Marcelo Sanchez Sorondo, Chancellor of the Vatican’s Pontifical Academy of Sciences, who has uttered the diabolical lie that the Butchers of Beijing “are best implementing the social doctrine of the Church…” And it was Sorondo who listened with evident satisfaction as Jeffrey Sachs, arch-globalist and population control fanatic, declared, in essence, that the only impediment to the final triumph of globalism and the New World Order is Donald J. Trump.

According to the Global Times, Sorondo stated that “they [the Butchers of Beijing] are going to renew it, which means that the initial experience went well.” Went well, did it? Well, no doubt, for the Butchers of Beijing. As for the Catholics of the Underground Church in China, to quote a Chinese bishop who spoke to Asia News: “It is a poisonous agreement! Priests, women religious and ordinary believers are left uncertain, weak, when they are encouraged to join the independent Church and the (Chinese) Patriotic (Catholic) Association. Despite so many negative things and various forms of persecution against the Church, these people think that it [the agreement] is something good.”

For Sorondo and the gang, however, there is nothing but “blind optimism,” to quote the Asia News headline. And that’s putting it charitably. Blind hatred of the traditional faith and the Church’s divine prerogatives vis-à-vis the State would be more like it.

It is hardly surprising that one of the “optimists” is none other than Bishop Zhan Silu of Mindong, excommunicated for having been consecrated without a pontifical mandate by the fake church erected by the Butchers of Beijing. Zhan had his excommunication lifted by Pope Francis so that he could oust the legitimate ordinary of Mindong, Msgr. Guo Xijin, who was demoted to auxiliary bishop and then promptly “placed under 24 hours surveillance, not to mention that his utilities (gas, electricity, water) have been cut.”

We have heard very little from Pope Francis these days, the worldwide hysteria over COVID-19 having eclipsed his reliably leftist cant as a device for the “global reset” Francis himself is promoting with his COVID-19 commission, which he created “to visualize the world we need to build post-virus,” as well as his earlier moves under the title of “a new humanism.”

That Francis is little heard from—or at least little noticed—these days might be one of those small blessings for which we should be thankful. But as the impending renewal of the Vatican-Chinese betrayal of China’s underground Catholics should make clear, the incalculable damage this pontificate has inflicted on an already devastated vineyard continues to mount.