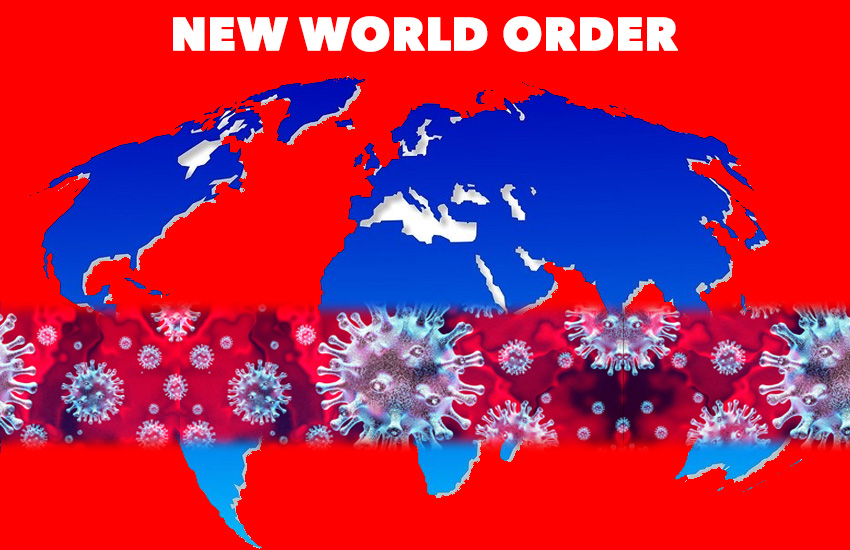 In the United States the Democrat Party and its media allies are avidly politicizing “the coronavirus,” falsely depicted as a one-of-a-kind viral plague when the world is rife with coronaviruses, including the common cold.  Democrat governors in California, Pennsylvania and New York are shutting down entire states and issuing preposterous decrees that no one may leave home or conduct any business for “non-essential” purposes until they say so.

While fanning the flames of panic over some 230 deaths attributed to COVID-19 thus far, deaths from the common flu, which the CDC estimates will be 20,000 – 40,000 this flu season in the United States alone, are ignored.  Thus, California’s loony Democrat governor, Gavin Newsom, has placed the entire state of 45 million under quarantine because of 18 deaths from COVID-19 at the same time 328 Californians have died from the flu with no official action.  In America, this virus should be dubbed DNC-19, as it has been weaponized to wreck the Trump economy in a matter of two weeks, and Trump must play along with the orchestrated fear lest he be destroyed politically.

But in the rest of the world, this virus should be dubbed NWO-19 because it is most useful to the movers and shakers of the New World Order, who are now calling for such things as universal tracking of social activity via cellphones, as we see here and here, to give just two examples.  The idea is to monitor everybody to make sure the masses are sufficiently compliant with the new regime of quarantining entire states and even countries because of this or that virus — it will not end with COVID-19 — that does not approach a fraction of the deaths caused by annual influenza year after year: from 290,000 – 646,000 worldwide.

And it should surprise no one that Pope Francis, an incessant cheerleader for one-worldism, has likewise seized on the virus as an occasion to issue globalist bromides.  As reported by Vatican News, in an interview with La Stampa Francis declared that “[t]he current crisis will help to remind us ‘once and for all, that humanity is a single community’ [and] that ‘universal kinship’ is important and critical…. ‘It will no longer be ‘them’. It will be ‘us’. Because we can only come out of this situation together’.”

In the same interview Francis rightly calls for prayer for those afflicted by COVID-19, particularly in Italy. All well and good. But then why have all public Masses in Italy been suppressed at the same time people can go to food markets even under the Italian national quarantine, handle food items touched by innumerable other people and stand in checkout lines next to each other?

Moreover, where do we find a papal call for prayer each annual flu season, when hundreds of thousands of people around the world die agonizing deaths, versus the 11,000 that have died so far from COVID-19?  According to the Worldometers data site, since January, when COVID-19 became a media obsession, 106,000 people have died from the common flu.  No papal call for prayers for them?  Why not?

I think the answer is clear:  unlike the flu, which is a fact of life everywhere, the novelty of COVID-19, easily exploited to generate fear of the unknown, presents an ideal pretext for social engineering on a global scale.  Precisely the kind of social engineering this Pope promotes when he declares that all of humanity must obey, not Christ the King or His Church, but the United Nations:

We must obey international institutions! We must! And what better object lesson in this abject obedience could there be than COVID-19, the official virus of the New World Order and its dictates on how we must live our lives? The New World Order that represents the terminal stage of the spread of Russia’s errors to China, from whence the virus came, and from there to the whole world — precisely as Our Lady of Fatima warned.