It should have been no surprise to learn that, according to a Reuters/Ipsos poll, “Democrats are about twice as likely as Republicans to say the coronavirus poses an imminent threat to the United States… And more Democrats than Republicans say they are taking steps to be prepared, including washing their hands more often or limiting their travel plans.”

The political divide over the media-fanned hysteria surrounding COVID-19, shorthand for “coronavirus disease – 2019” (the year in which this particular strain of coronavirus first appeared), reflects prudent skepticism on the part of Republicans. They understand, if only intuitively, that the outbreak of this particular coronavirus — which is only part of the family of coronaviruses that includes the common cold — is being weaponized by the mass media and their partners in the Democrat Party in yet another attempt to bring down the Trump presidency. By provoking mass panic, economic slowdown, and a collapse in the stock market during an election year, the Democrat-Media alliance aims to assist the presidential campaign of Joe Biden, a clearly befuddled, 77-year-old washed-up political hack, who can barely utter two coherent sentences in a row.

Playing on the ignorance and gullibility of the masses, the media trumpet the “rising death toll” from “the coronavirus” — as if there were only one such virus in the world — which now stands at 26 people in the United States, 19 of whom resided in the same elderly living center in the State of Washington. Never mentioned are the 17,000 people who have already died from the common flu during the current flu season, or the annual death toll from the flu, ranging from 12,000 to 60,000 since 2010.

That’s in the United States alone. Worldwide, the death toll from influenza averages 646,000 deaths per year.

We have heard quite enough about the 26 U.S. deaths from COVID-19. Let Dr. Drew Pinsky lay this nonsense to rest in the video seen here. The press, he says, “must be held accountable” for the panic it has caused over what is essentially a small addition to an already bad flu season.

Seizing on the panic, Democrat Representative Jackie Speier (D-CA) has declared that Trump must cancel his rallies on account of COVID-19. She made no such demand, however, as to rallies for Joe Biden and Bernie Sanders. And there we have it: the first political virus in world history. It affects only Republican activity!

Now, given the patently leftist orientation of the current pontificate, it likewise should come as no surprise that the Italian bishops and the Vatican have decreed — believe it or not — a total suspension of Masses throughout all of Italy until at least April 3. This aligns with the diktat of Italy’s President Conte that the entire Italian nation is under quarantine and travel restrictions, including the absurd requirement that all cafes, pubs, bars and restaurants close at dusk to avoid “night life” that would supposedly spread a virus no worse than the flu that is being treated as if it were the bubonic plague.

Yet, while the Vatican and the Italian bishops suspend all Masses — which could be offered for an end to the outbreak — even under Conte’s draconian restrictions “‘the markets, shopping centers, and sports centers remain open,’ under certain conditions,” observes the website of the Society of Saint Pius X (SSPX). So, in Italy the wheels of commerce grind on while the Holy Sacrifice of the Mass is prohibited. “This fact,” says the SSPX, “sadly underlines the quasi-religious place of the body in our modern society, which supplants spirit and religion. Whereas it would be necessary ‘to implore the Divine Mercy to shorten the tribulation and to bring the Christian people and their authorities back to the true goal for which each man was created, Heavenly Bliss.’ Triumphant secularism has plunged our societies into a forgetfulness of God and Italy is no exception.”

But it is not “triumphant secularism” that has placed a ban on Masses in Italy; it is the triumphant modernism of liberalized Catholic churchmen, the Pope included. Tellingly, however, the bishops of Poland have not only rejected the panic fomented by the media and civil authorities but have called for more Sunday Masses during the outbreak. Archbishop Stanisław Gądecki of Poznań, President of the Polish bishops’ conference, has declared as follows: “In connection with the recommendations of the Chief Sanitary Inspector that there should be no large gatherings of people, I ask to increase – as far as possible – the number of Sunday Masses in churches so that a number of believers can attend the liturgy … according to the guidelines of the sanitary services… [I]t is unthinkable that we do not pray in our churches.”

Here we can see that the political divide over COVID-19 is reflected also in a spiritual divide within the Church: On the one hand, worldly, left-leaning hierarchs more concerned with CO2  emissions than with the salvation of souls and, on the other, bishops who reject leftist politics and still give primacy to the spiritual, including (to quote the SSPX again) “the Divine Mercy to shorten the tribulation and to bring the Christian people and their authorities back to the true goal for which each man was created, Heavenly Bliss.”

Consider the divide over the first political virus in world history yet another sign of the current unparalleled crisis in the Church. And in the world. 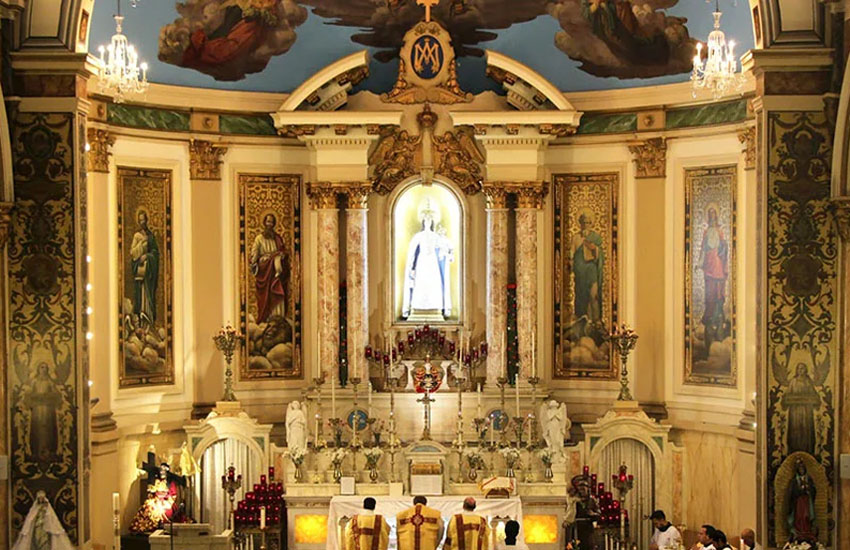 Praying the Creed at Holy Mass: In Word and Action

Lex orandi, lex credendi (the law of prayer is the law of belief).  How we pray is indicative…
byMatthew Plese
17 shares
17
0
0
0
3 comments 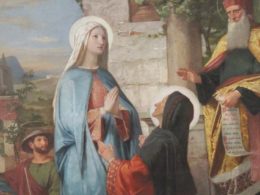 A blessed feast of the Visitation of the Blessed Virgin to you!

“Whence is this to me, that the Mother of my Lord should come to me?” (Luke 1:43) Carrying…
byThe Fatima Center

Was Christ Always Aware of His Divinity Even as a Child?

Catholic Apologetics #5 Back in 2005, I picked up a copy of “Christ the Lord Out of Egypt”…
byMatthew Plese

YouTube has banned The Fatima Center from posting videos for a week (September 22-28, 2022) due to a "violation" in promoting the truth in our video, Conscientious Objection and Blessed Franz Jagersttaer. If you'd like to get our latest videos and watch some of our previous videos, like the one that got banned on YouTube, check out The Fatima Center's Rumble channel. We appreciate your ongoing support and prayers as we continuously strive to bring Our Lady of Fatima's Message to the world!
Total
104
Share
104
0
0
0