The First Beatitude versus the Rhetoric of Pope Francis

For more than six years now, Pope Francis has engaged in a crude polemic that pits the rich against the poor: the rich are greedy hypocrites who “raise up walls,” while the poor, simply because they are poor, are “the gatekeepers of Heaven,” as Francis declared at the end of the disgraceful Synod on the Amazon. This is the basic demagogic trope of Liberation Theology: the elevation of poverty qua poverty to the level of a theological virtue and the depiction of wealth as a sin.

But what did Our Lord mean when He declared the revealed truth that “Blessed are the poor in spirit: for theirs is the kingdom of Heaven.” He certainly did not mean “Blessed are those who lack material possessions” or “Blessed are those who live below governmentally established poverty lines.” The traditional understanding of the phrase “poor in spirit” is that it signifies humility. As Father Haydock’s commentary on the beatitude notes, this meaning can indeed embrace the humility of mind and heart of one who patiently endures material poverty, even if — indeed, especially if — his deprivation of material goods is the result of social injustice rather than any fault of his own. Then again, it can also mean a man of wealth who is nonetheless humble in mind and heart concerning his blessings, knowing that they come from God, and who honors his duty of almsgiving according to the divinely ordained universal destination of all goods.

In any case, the first beatitude certainly does not refer to poverty as such, a purely relative term whose meaning depends upon social context. The poor man in America, with a tiny apartment in a bad neighborhood but with central heating, reliable electricity service and running water, who owns a smartphone, a TV, an air conditioner,  and has adequate food and unlimited potable water, may well be living far below the federal poverty line in conditions most Americans would consider appalling. Yet he has a standard of living that would be considered luxurious in Bangladesh. It can hardly be the case that both of these “poor” are blessed merely because they are poor according to the standards of their respective societies. Nor is there some absolute biblical poverty line below which the relatively disadvantaged are “blessed” while those above it are not.

Even the masses of illegal immigrants inundating Europe, whom Francis incessantly portrays as blameless victims of oppression by the rich — but never by socialist and communist governments — are predominantly military-age males. They arrive with smartphones and take selfies of their illegal arrival, which they transmit home to the people they left behind, who also have smartphones. As the linked source notes, without apparently noticing the irony: “More than one million refugees have arrived in Germany since last year. Along with their histories and dreams, almost all of them took one item with them: a smartphone.”

Indeed, many of these smartphone-owning “refugees” arrive from places where they were not at all starving and where friends and family members, including abandoned wives and children, await text messages on their own smartphones and electronically transmitted remittances from “refugees” who seek merely to exploit the EU system of social benefits, work off the books, or both. Are all of these illegal immigrants “blessed” and among “the gatekeepers of Heaven”? Are they all blessed even if they riot, attack police and demand social benefits to which they are not legally entitled merely because they call themselves “refugees”?

Francis has reduced the first beatitude, and with it the entire social teaching of the Church, to a caricature on the level of a Latin American socialist rabble-rouser of the relatively poor against the relatively rich. Which is not to deny the existence of social injustices in Latin America, the point being that revolutions by the poor against the rich, which have generally produced oppressive socialist dictatorships, do not bespeak the poverty of spirit of which Our Lord speaks. And it was none other than Our Lord Who refused to be a revolutionary against social injustice, the “bread king” who would feed the masses and overthrow the Romans, but Who rather observed that “the poor you will always have with you.”

In short, Francis has given the first beatitude a bad name. But at this point, in view of the rising opposition to his pontificate from all over the Catholic world, it is not too much to say that he has given the papacy itself a bad name. Barring a miracle, it will take a long time for the Church to recover from the damage this Pope has inflicted on the Petrine office.

The overarching tension of our epoch is that between those who lead and those who follow. The hierarchical…
byEd Faust
4 shares
4
0
0
0 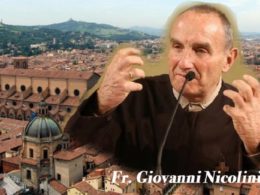 Fatima Perspectives #1334 Sandro Magister reports on the alarming, but at this point hardly unexpected, news of a…
byChris Ferrara
95 shares
95
0
0
0
No comments 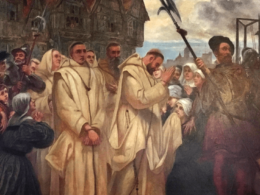 In the summer of 1916, the Angel of Peace appeared to the three Children of Fatima and told…
byThe Fatima Center 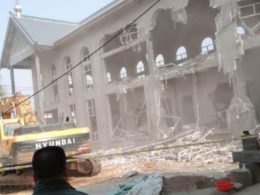 New Icon for the Catholic Church in China: The Bulldozer of Qianyang