The Catholic Church in China: R.I.P.

While a commentator as sober as Philip Lawler has rightly expressed his belief, now shared by millions of Catholics, that “the current Pope’s leadership has become a danger to the faith” and that “I’m afraid of Pope Francis,” the danger and fear over this pontificate are being fully realized in China under the ruinous, still-secret accord Francis and the wizards of Vatican diplomacy have negotiated with the butchers of Beijing.

As Sandro Magister observes in his latest column on Francis’ disgraceful sellout of the Underground Church in China: “Silence on everything that could irritate the Beijing authorities is certainly one of the many prices that the Holy See has agreed to pay… It is a silence to which the first to submit is Pope Francis, usually extremely talkative about everyone and everything, but who on the popular protests that have been raging in Hong Kong for three months has not said one word.”

As any fool could have predicted, a secret accord granting communist dictators the right to nominate Catholic bishops for the “official church” of the dictatorship, the “Catholic Patriotic Association (CPA)”, with the Pope having only an after-the-fact veto and no power to nominate himself, is now serving as a warrant for extermination of the true Catholic Church in China. Because it effectively declares that the government-created monstrosity pretending to be a church is legitimate, what excuse do the underground Catholics now have for remaining underground and refusing to join the CPA, which the Vatican itself has legitimated?

Magister appends to his column a devastating report by Bernardo Cervellera, writing for
“Asia News,” on the aftermath of the Vatican’s disastrous capitulation: “Churches closed or destroyed; crosses torn down from bell towers or ripped from the walls of the churches; domes razed to the ground; ancient statues of shrines seized; religious signs removed from inside and outside homes; priests driven out of their ministry; others forced to return to their village of origin; young people under the age of 18 blocked and stopped in front of churches because they are not allowed to enter or receive any religious instruction.”

Under new regulations the Beijing dictatorship is enforcing, religion is cordoned off as an activity potentially threatening to the communist state. The result, as Cervellera notes, is “top-down control exerted by religious affairs offices at all levels – national, provincial, county, city or village…” But, rather than suppressing religion outright, which Beijing in its diabolical cunning knows will only increase the fervor of true believers — the blood of martyrs being the seed of the Faith — the regime, with Vatican assistance, has devised a regulatory straitjacket that reduces religion to a state-approved activity within the “official church” under very strict limits, including:

The government campaign as a whole seeks nothing less than eradication of the Underground Church, and it now appears “that there is ‘zero tolerance’ for unofficial communities. Hebei, Henan, Zhejiang, Fujian are among the most affected areas. One example among the many is the fate of at least 10 churches in the diocese of Qiqihar, all closed, and with some priests driven out and forcibly taken back to their villages of origin.”

At the same time, however, “Even the official Church is suffering from tighter and more intolerant controls. A few examples: on the night between 6 and 7 May 2019, the demolition of the Catholic church of Shen Liu village in the diocese of Handan (Hebei) began…. In July and August 2018, two (official) churches were destroyed in the name of urban planning – in Qianwang and Liangwang (Shandong); their land was seized for building development without any compensation. In October 2019, two shrines dedicated to Our Lady were dismantled and destroyed by the Chinese authorities.”

While the Vatican does nothing, the overall program of “Sinicization” of the Faith in China proceeds apace. By “Sinicization” is meant nothing less than the reduction of Catholicism in China to a cultural artefact on the same level as any other religion, which requires that “the Church must not only assimilate Chinese culture, and express its beliefs with Chinese categories, but must develop theologies, history and works of art according to Chinese culture. The ultimate verification of this process rests with the Patriotic Association.”

Politically speaking, as President Xi Jinping has made clear, Sinicization means “independence from any foreign influence” and “submission to the Chinese Communist Party and its leadership.” In other words, a true and proper schism. Accordingly, “the communities are obliged to hoist the flag of China on every religious building, to sing patriotic hymns before functions, top hang a portrait of Xi Jinxing even on the altars all in the name of patriotism and support for the Party.”

As Cervellera concludes: “[T]he silence on the part of the Vatican and of the World Church regarding the persecution, destruction, prohibitions, confirms Beijing in its vision: the Chinese Church is a national Church that belongs to the State alone.”

Meanwhile, as the true Church is dying in China, Francis prattles on about “rigidity,” “climate change,” open borders, and a “global educational pact… to educate us in universal solidarity and a new humanism” under the auspices of the United Nations. His entire pontificate seems to be aimed at promoting the insane utopianism condemned by Pope Saint Pius X as “a mere verbal and chimerical construction in which we shall see, glowing in a jumble, and in seductive confusion, the words Liberty, Justice, Fraternity, Love, Equality, and human exultation, all resting upon an ill-understood human dignity. It will be a tumultuous agitation, sterile for the end proposed, but which will benefit the less Utopian exploiters of the people… [and] brings Socialism in its train.”

And now, in China, the butchers of Beijing are creating a socialist “church” with the Vatican’s help. Confronted with a debacle of its own making, the Vatican has issued a nonsensical document authorizing Catholic priests and bishops in China to register with the government even though the required registration document requires them to affirm “the principle of independence, autonomy and self-administration of the Church in China.”

The Vatican ludicrously proposes that the document be signed with a written or oral reservation that the bishop or priest “acts without failing in his duty to remain faithful to the principles of Catholic doctrine,” but also declares “the Holy See understands and respects the choice of those who, in conscience, decide that they are unable to register under the current conditions. The Holy See remains close to them and asks the Lord to help them to safeguard the communion with their brothers and sisters in the faith, even in the face of those trials that each one will have to face.”

So, at one and the same time, the Vatican advises priests and bishops in China that they can knuckle under to the butchers of Beijing with flimsy reservations or else refuse to knuckle under and suffer persecution. Your choice!

Is this for real? All signs point to the end stage of the ecclesial crisis of which this pontificate is but the terminus of a downward trajectory. But what comes next? It would only be prudent, especially in light of the Message of Fatima, to expect the most dramatic events for both the Church and the world. 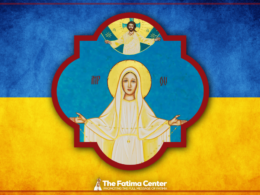 While Luther today is being dignified by Protestants and Catholics alike, it seems to have escaped many that…
byDavid Martin

On the Outside Looking In