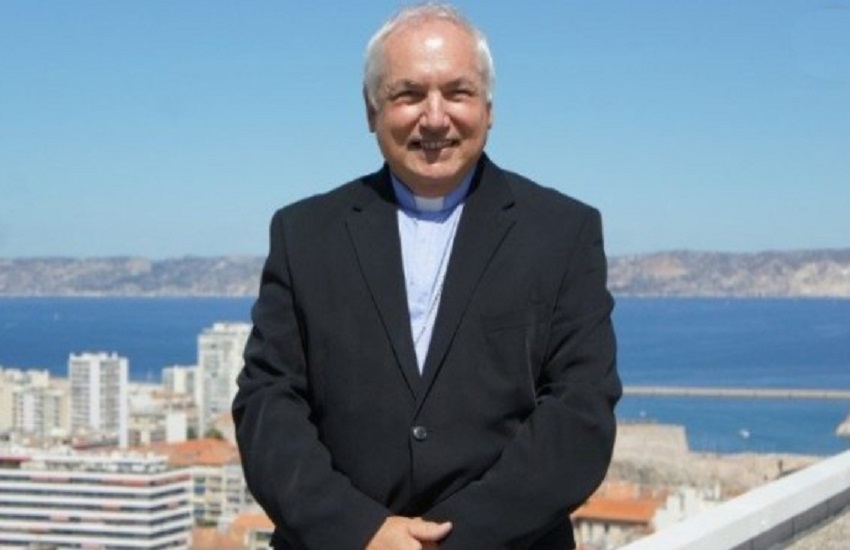 In Quas Primas (1925), Pope Pius XI promulgated an Act of Consecration of the World to the Sacred Heart of Jesus, wherein the Catholic faithful were directed to acknowledge the Social Kingship of Christ in various aspects, including this one: “Be Thou King of all those who are still involved in the darkness of idolatry or of Islamism, and refuse not to draw them into the light and kingdom of God.” Catholics were granted a plenary indulgence for the public recitation of this Act of Consecration.

Some 81 years later, in his famous address at Regensburg, Pope Benedict XVI quoted the Byzantine emperor Manuel II Paleologus’ assessment of Islam: “Show me just what Mohammed brought that was new, and there you will find things only evil and inhuman, such as his command to spread by the sword the faith he preached.” That is simply the truth about the religion Mohammed invented, which Pius XI rightly described as “darkness.”

But while Christianity is routinely and falsely denounced as a religion of hate by atheist blowhards, no one dares speak the truth about Islam and its fourteen-centuries-long history of violent conquest, beginning with the Battle of Badr in 624. Indeed, Pope Benedict himself was forced to apologize for his quotation of the Byzantine emperor’s truthful assessment of Islam in a later-added footnote to the address in which he declared: “[T]his sentence does not express my personal view of the Qur’an, for which I have the respect due to the holy book of a great religion. In quoting the text of the Emperor Manuel II, I intended solely to draw out the essential relationship between faith and reason. On this point I am in agreement with Manuel II, but without endorsing his polemic.”

How sad that even a Pope was reduced to such a plainly disingenuous disavowal of precisely the point he was making in the Regensburg address: that Islam offends reason by imposing itself by the sword, and that Mohammed’s teachings contain other evil and inhuman things. How sad that even a Pope felt compelled to describe the Qur’an as a “holy book” and Islam as “a great religion” when his own predecessor had called upon the faithful of the universal Church to pray that Christ the King would deliver the followers of Islam from their darkness — a prayer still recited today as part of the traditional Latin liturgy.

It is now impossible to deny the reality that the “Church of Vatican II,” whose program is novelties that are mere human traditions invented only a few years ago, is in the process of committing suicide, while the Catholic Church as such flourishes wherever the regime of novelty has not succeeded in extinguishing Tradition, principally in the communities served by religious orders and societies which continue to adhere to the traditional Mass and sacramental rites and whose seminaries are full. The illusory “Church of Vatican II” has almost no vocations and is mired in sexual and financial scandal, while its leadership seems determined to render it completely irrelevant to the life of the spirit and the divine commission to make disciples of all nations.

In line with this suicidal impulse is the insistence on embracing Islam even as Islam seeks the extinction of whatever is left of Christian civilization. Hence, as LifeSiteNews reports: “Pope Francis recently named a new archbishop for the major French city of Marseille on the Mediterranean coast: Bishop Jean-Marc Aveline, 60, best known for his commitment to ‘islamo-christian dialogue.’ His nomination is a clear message to the large Muslim community of Marseille, both North African and Sub-Saharan. The northern districts of the city are infamous in France for their poverty and insecurity, violent crime, and drug-trafficking.” That is, the northern districts are plagued by an influx of the Muslim male “migrants” that Francis irrationally depicts as a great boon to Europe.

Aveline, notes LifeSite, founded the Institut de sciences et théologie des religions (ISTR, Institute of sciences and theology of religions), which “clearly promotes a relativistic view of religions, putting the Christian faith and Islam on the ‘same plane’ according to comments by Catholic journalist Yves Daoudal, who made an in-depth study of the case of the ‘martyred’ monks of Tiberihine: Father Christian de Chergé and six of his companions were killed by Islamists-cum–political opponents in this desert region of Algeria in 1996 and were beatified last December, despite their more than welcoming attitude toward Islam, its beliefs, and the Koran.”

After more than a half-century of this insanity, it should be obvious to anyone who is not in a coma that “islamo-christian dialogue” is really a monologue in which Church leaders incessantly heap praise on Islam while the Islamic “dialogue partners” fail to reciprocate with praise of Christianity. Indeed, by their lights they would be insulting “the Prophet” were they to praise the Bible, as Benedict praised the Koran, as “the holy book of a great religion.” And as the “martyrdom” of Father Christian de Chergé and his confreres demonstrates, “islamo-christian dialogue” only confirms Islamists in their darkness, which is never honestly described as such.

The suicidal “Church of Vatican II” studiously observes the standard identified by Robert Spencer and paraphrased by William Kilpatrick: “When in Muslim countries, do as the Muslims do, and when in non-Muslim countries, do as the Muslims do.” As Kilpatrick notes: “Thus, in one Italian town, ‘Silent Night’ can’t be sung, and in another, a priest has cancelled a traditional Nativity scene at the local cemetery out of respect for Muslim graves. Meanwhile, in Sweden, the traditional St. Lucy’s Day celebration has been cancelled by several towns and cities so as not to offend other religions.”

With appropriate sarcasm, Kilpatrick continues: “In response, Sweden’s Muslim community has decided to cancel all festivities connected to the celebration of Eid al-Fitr, out of respect for Christians. I made up that last sentence, of course; Muslims don’t seem to worry overmuch about offending other religions or, for that matter, about offending secular sentiments. As is increasingly apparent, multiculturalism is a one-way street. Christians are expected to make concessions and yield up cultural territory while secularists (on the one hand) and Islamists (on the other) use multiculturalism as an excuse to engage in cultural land grabs.”

But as the “Church of Vatican II” bares its collective throat to the blade of Islamic incursion while also lying down in front of the steamroller of secularism, we can see how Providence is drawing good out of even this evil. For the “Church of Vatican II” must decrease so that the Church of all time can increase, as Providence sets the stage for that miraculous reversal of fortune we know as the Triumph of the Immaculate Heart. We await only the holy and courageous Pope who will consecrate Russia to that same Immaculate Heart, thereby bringing about a victory over Islam and the forces of secularism alike that will, as Antonio Socci has observed, be even greater than the one Our Lady obtained at the Battle of Lepanto.