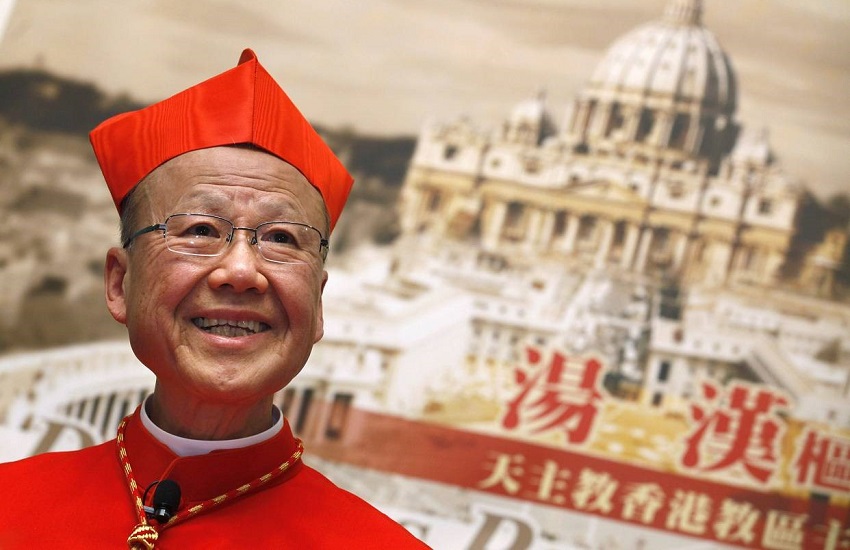 Sandro Magister reports on a truly intolerable paradox respecting the Vatican’s sellout of the Chinese faithful to the butchers of Beijing: that the Vatican has ceded the power to nominate bishops to a communist dictatorship while depriving the Catholic faithful of the island Diocese of Ischia of their immemorial custom of nominating the pastors of their parishes. [Editor’s Note: Ischia is a small volcanic island in the Gulf of Naples, just off the coastline of Italy.]

As Magister’s mordant commentary notes, when it comes to “the Asian giant with which Pope Francis is enamored,” which imposes a regime of forced abortions on its hapless subjects, he grants a “secret provisory accord signed on September 22, 2018,” under which Beijing is given “the right to choose for themselves every Catholic bishop in the future, although the pope will have the faculty of accepting or rejecting the appointment, but only in the second round.”  And this is permitted despite the endlessly cited call by Vatican II for “libertas ecclesiae” with respect to civil authority. Now the very thing the Church had all but eliminated — caesaropapism, or secular control over the appointment of bishops — “reappear[s], of course, in the 2018 accord with China.”

Yet, at the same time, the Vatican has denied an appeal by the faithful of Ischia of the local bishop’s rescission of the custom of “the citizens of two little municipalities in Ischia that for seven hundred years had the privilege of selecting their own trio of priests from which the bishop choses the pastor.”

And that denial, by the Vatican’s Congregation for the Clergy, headed by Cardinal Beniamino Stella, “among the most influential advisers of Jorge Mario Bergoglio,” was approved in forma specifica by Francis himself, thus precluding any further appeal.

The intolerable paradox, writes Magister, is “[t]hat which the pope extols in China as a positive step forward has been eliminated in the diocese of Ischia as ‘anachronistic’ and ‘feudal.’” And now, in China, “[t]he first selection [of bishops] goes to the authorities of Beijing. The ‘patronage’ of the state over the Church is back, and it speaks Mandarin.”

Worse, while the murderous regime in Beijing is given the power to nominate successors of the Apostles themselves in a nation of more than a billion people, the Catholic faithful in two small towns in Ischia are denied the immemorial custom of nominating the pastors of a few parish churches.  In Ischia, clericalism trumps the endlessly vaunted post-Vatican II “age of the laity,” while in China atheist dictators nominate puppet bishops for a tyrannized laity that is forced to have abortions.

I suppose after more than fifty years of the double standard under which traditions are restricted or abolished while ruinous novelties are allowed to flourish, we should be used to this kind of outrage.  But somehow, Pope Francis has managed to the raise the outrage to a new and unprecedented level.  One more sign of the terminal phase of the crisis in the Church foretold in the Third Secret of Fatima.