On the evening that Cardinal Jorge Mario Bergoglio was elected Pope, I was with Father Gruner taping a TV show at a studio in the periphery of Rome, during which I had nothing but praise for the new pontiff.  How little I knew.  I had no idea then that this pontificate would turn out to be vastly worse than even this early dire prediction — published on the very day of Bergoglio’s election.

So bad is the current pontificate that the novelty-plagued pontificate of John Paul II looks staunchly traditional by comparison.  Indeed, John Paul II’s legacy of a sound (however prolix) body of moral theology is now being systematically dismembered by the current Pope’s collaborators — or more aptly, henchmen.

If henchmen seems too harsh a word, consider this report by LifeSiteNews, which recounts how the very biographer of John Paul II, George Weigel — no traditionalist is he — has denounced the “thuggery and brute force” by which Francis’s handpicked Grand Chancellor of the John Paul II Institute for Marriage and Family, Archbishop Vincenzo Paglia, is destroying the Institute.

LifeSite links to “a blistering piece” Weigel wrote for Catholic World Report  about what he denounces as Paglia’s “raw intellectual vandalism” in “peremptorily but systematically strip[ping] [the Institute] of its most distinguished faculty” while “its core courses in fundamental moral theology have been cancelled.”

Worse, “academics known to be opposed to the teaching of Humanae Vitae on the appropriate means of regulating fertility and the teaching of Veritatis Splendor on intrinsically evil acts are being appointed to teach at the reconfigured Institute….”

Weigel’s blunt assessment of the results thus far: “Sixteen hundred nine years after the first Vandal sack of Rome, they’re at it again, although this time the chief vandal wears an archbishop’s zucchetto.”

And just who is Archbishop Vincenzo Paglia?  As Weigel notes, he has “no discernible qualifications” for the position. Indeed, his sole claim to fame — or rather infamy — is that he “commissioned a homoerotic fresco in the apse of the cathedral of Terni-Narni-Amelia” in which he himself is depicted semi-nude.  As with the other henchmen Francis has elevated to power in order to carry out his wishes, Paglia, says Weigel, “is acting precisely like those who manipulated the Synods of 2014, 2015, and 2018, i.e., another cabal of ambitious (and, frankly, not-so-bright) clerics who continually lost arguments and then tried to compensate by brutality and threats.”

Never would one expect a “normalist” like Weigel to issue an assessment of Rome as a seat of devilish corruption, but here it is: “Thus the Roman atmosphere of the moment: sulphurous, febrile, and extremely nasty, with more than a whiff of panic about it. This is not the way people behave who believe they are firmly in control and likely to remain that way.” In other words, the current pontificate is being administered by ecclesiastical thugs who fear that only brute force can maintain their grip on power.   And so: henchmen indeed.

But as Weigel notes with hope: “[A]s John Paul II knew, truth will always win out, however long it takes, because error is lifeless and stultifying.” Precisely so.  In the meantime, however, as Father Gruner never ceased to warn the faithful, the welfare of innumerable souls is being threatened by the “ravening wolves” of which Our Lord Himself warned, those “false prophets, who come to you in the clothing of sheep, but inwardly they are ravening wolves.” (Matt. 7:15).

In these circumstances, truly without parallel in the history of the Church, humanly speaking the truth will not prevail by its own merits (the naïve assumption of modernity denounced as folly by the great pre-conciliar Popes). Rather, the triumph of truth in a Church in crisis will require the most extraordinary assistance from on high, as the Lord of History, acting through the intercession of His Blessed Mother, brings an end to this madness.  In the Church, as in the world, the triumph of truth will involve the Triumph of the Immaculate Heart of Mary.

Fatima Perspectives #1365 In his “Urbi et Orbi” Message on Christmas Day, Pope Francis could not, of course,…
byChris Ferrara
14 shares
14
0
0
No comments 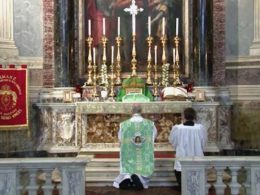 O God, our refuge and our strength, look down with favor upon Thy people who cry to…
byMatthew Plese
25 shares
25
0
0
4 comments 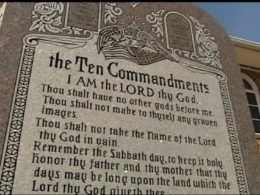 J.M.J. Calling on the lay Catholic faithful of the Archdiocese of Toronto to do their duty before God…
byJoanna Swords