Pope Francis’ umpteenth interview with a member of the media has reenergized the hurricane at the eye of which was Archbishop Carlo Maria Viganò and his accusation, last year, that Pope Francis knew about the sexual crimes of “defrocked” ex-Cardinal McCarrick and yet rehabilitated him and sent him on key missions for the Vatican, lifting the travel restrictions imposed upon him during the reign of Benedict XVI.

As LifeSiteNews reports, in this latest interview, after nearly a year of silence in the face of Viganò’s public accusation, on which he had refused to comment: “‘Pope Francis has openly denied that he knew anything of former Cardinal Theodore McCarrick’s immoral activities’ stating: ‘I didn’t know anything … nothing, nothing.’”

In response, Viganò told LifeSite: “What the Pope said about not knowing anything is a lie. […] He pretends not to remember what I told him about McCarrick, and he pretends that it wasn’t him who asked me about McCarrick in the first place.”

“Read the [Viganò] statement carefully yourselves and make your own judgment. I am not going to say a word about this…  You all have sufficient journalistic ability to draw conclusions. It is an act of trust. When a little time goes by, and you have drawn conclusions, perhaps I will speak about it, but I would like your professional maturity to do this work. It will do you all good, really.”

The astute reader will note the utter incongruity between the requested response to Viganò’s accusation and Francis’ reply that he would “trust” in journalists.  But it was the journalists who were asking whether they could trust Francis, the only other party to the conversation with Viganò back on June 23, 2013.

During that conversation, as Vigano alleged, Francis asked him about McCarrick and he replied: “Holy Father, I don’t know if you know Cardinal McCarrick, but if you ask the Congregation for Bishops there is a dossier this thick about him. He corrupted generations of seminarians and priests and Pope Benedict ordered him to withdraw to a life of prayer and penance” — after which: “The Pope did not make the slightest comment about those very grave words of mine and did not show any expression of surprise on his face, as if he had already known the matter for some time, and he immediately changed the subject.”

Pressed by a journalist who was finally willing to press him about this conversation, Francis denied nothing and claimed a lack of memory during the new interview:

“When [Archbishop Viganò] says that he spoke to me that day [on June 23, 2013], that he came … I don’t remember if he told me about this, whether it’s true or not, no idea! But you know that I didn’t know anything about McCarrick; otherwise I wouldn’t have kept quiet, right?”

Quite simply: What?  If, as he claims, Francis knew nothing about McCarrick — by way of Viganò or otherwise — that was a reason not to keep silent but to say immediately what he avers now, almost a year later: that he knew nothing.  It is impossible to avoid the impression of doubletalk.

And, again, what did intervening investigations of journalists have to do with what Francis knew and when he knew it, as he alone could clear up the matter?  LifeSite suggests that Francis’ remark that the result of the investigations “was good, it was better than if I had started to explain, to defend myself,” can only mean that “Pope Francis is suggesting that Archbishop Viganò has been exposed as unreliable because of a legal conflict with his brother that was settled in a Milan court.”

To which cunning insinuation — if that is what it is — Viganò responds:

“What Pope Francis said regarding the Milan ruling and my family has nothing to do with anything, because it has been completely clarified. It was only a division of property between brothers. I accepted it to make peace. Neither me nor my brother appealed the ruling, so the story ended there. And it has nothing to do with McCarrick. It is one of the many stories that they raised to destroy my credibility.”

To which LifeSite adds: “Archbishop Vigano’s account of these proceedings has been extensively verified by LifeSite News.”

Worse for the credibility of Francis’ belated denial is, as LifeSite reports, the leak of “correspondence between Theodore McCarrick, Pope Francis and Vatican Secretary of State, Cardinal Pietro Parolin… obtained by former aide to Theodore McCarrick, American Monsignor Anthony Figueiredo.” The letters confirm the damning facts that while “restrictions were placed on Theodore McCarrick by the Vatican in 2008… the former cardinal, who was laicized over charges of sexual abuse, travelled extensively [during] the Francis pontificate, playing a key diplomatic role in establishing a Vatican accord with China.”

“The letters sing,” said Viganò to LifeSite.  Indeed, and loudly.

The reader will draw his own conclusions.  But the question presents itself: Does Francis’ account that he remained silent so that journalists could investigate what only he could tell them when they asked make the least sense?  Or is it the evasion of someone with something to hide? 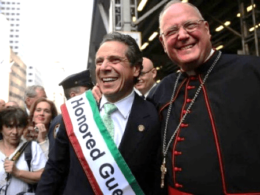 The 25th chapter of St. Matthew’s Gospel contains a valuable lesson concerning Christ’s judgment upon the negligent when…
byDavid Martin 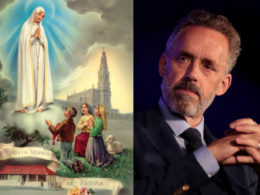 Jordan Peterson against the Errors of Russia

A few years ago, the popular psychologist, Jordan Peterson, made waves on the Internet for his insistence that…
byKennedy Hall
17 shares
17
0
0
No comments 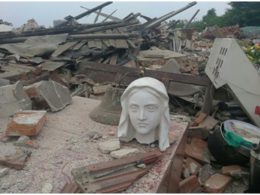