“Don’t say: ‘God’s compassion is great, he’ll forgive me my many sins’, and so I continue doing what I want.  Regarding this, the advice of the father or grandfather is: ‘Don’t wait to convert yourself to the Lord, don’t postpone it from day to day because the anger of the Lord will suddenly burst forth’…”

“‘The time is fulfilled, and the Kingdom of God is at hand; repent and believe in the Gospel.’ These words are not at all a threat; on the contrary, they are a happy proclamation, a message of joy. Jesus doesn’t want to push people to convert by sowing fear of God’s impending judgment or the sense of guilt for the evil committed. Jesus doesn’t proselytize: He simply proclaims.”

First of all, the notion that “Jesus doesn’t proselytize” is among the most ridiculous of this Pope’s theological bloopers.  If the statement “He that believeth and is baptized, shall be saved: but he that believeth not shall be condemned” (Mk 16:16) is not proselytizing then nothing is. To proselytize means “to induce someone to convert to one’s faith” (Merriam Webster Dictionary). The warning by God Incarnate that He will condemn for all eternity those who refuse to be baptized and to believe in Him would appear to be a fairly substantial inducement to conversion.

At any rate, which is it?  (1) Stop sinning and convert now, lest the anger of the Lord come upon you suddenly or, only a week later, (2) the Lord does not expect us to convert now for fear of His judgment, and His call to repent and believe because the Kingdom of God is at hand is “not at all a threat.”

Answer: either or both depending upon the rhetorical needs of the moment. For the art of strategic self-contradiction has characterized the entire ecclesiastical career of the man from Argentina.  I am reminded — as I have been so often — of the dire prognostication at Rorate Caeli concerning this pontificate at its very outset, at the time I was expressing unqualified optimism.  To quote Rorate:

“Famous for his inconsistency (at times, for the unintelligibility of his addresses and homilies), accustomed to the use of coarse, demagogical, and ambiguous expressions, it cannot be said that his magisterium is heterodox, but rather non-existent for how confusing it is.”

That’s putting it rather mildly, concerning the deluge of plainly heterodox pronouncements from Francis over the past six years.  Above all, the outrageous declaration in Amoris Laetitia (¶ 303) that conscience can rightly tell divorced and “remarried” people that while “a given situation does not correspond objectively to the overall demands of the Gospel” it can constitute “what for now is the most generous response which can be given to God” and “that it is what God himself is asking amid the concrete complexity of one’s limits, while yet not fully the objective ideal.”

God Himself is asking divorced and “remarried” people to continue living in adultery!  For now. That is what Francis really believes and what he has falsely denominated “authentic Magisterium.”  It can hardly be squared with his pious declaration on February 28 that one ought to convert and cease sinning lest he fall unexpectedly into the hands of an angry God.

But such is the purpose of strategic inconsistency, the modus operandi of Modernism.  To quote Pope Saint Pius X on this score, under the heading “The Methods of the Modernists”:

“In [their] writings and addresses they seem not unfrequently to advocate now one doctrine now another so that one would be disposed to regard them as vague and doubtful…. Hence in their books you find some things which might well be expressed by a Catholic, but in the next page you find other things which might have been dictated by a rationalist. When they write history they make no mention of the divinity of Christ, but when they are in the pulpit they profess it clearly; again, when they write history they pay no heed to the Fathers and the Councils, but when they catechise the people, they cite them respectfully.”

It ought to be obvious to any reasonable observer at this point that in Francis we have a Modernist Pope.  Worse, a Modernist who, unlike those assessed by Pius X, does not even bother to present a consistently orthodox camouflage for his liberalizing program but rather employs only an occasional orthodox utterance to throw his justified critics off the scent of the trail he follows relentlessly.

If this is not the Pope who will reign during the height of the calamity predicted by the Third Secret, I would hate to contemplate who would be. 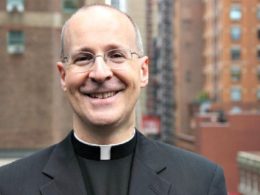 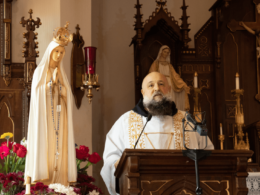 Since our statement of Monday, June 8th, we have received multiple messages inquiring about the cause of Father…
byThe Fatima Center
17 shares
17
0
0
0
No comments 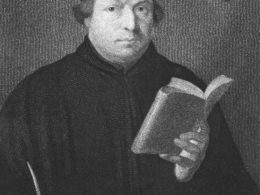 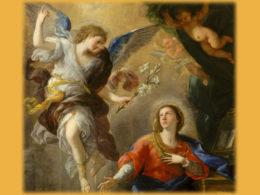