What Would Mr. Bumble Think?

As the whole world knows by now, the so-called Catholic Governor of New York, Andrew Cuomo, has gleefully signed into law a “Reproductive Health Act” that removes all time limits on the permissibility of abortion, “erases the state’s recognition of preborn babies older than 24 weeks as potential homicide victims, removes abortion from the penal code entirely, and allows licensed health practitioners other than full doctors to commit abortions.”  I say gleefully because Cuomo ordered the Freedom Tower at the rebuilt World Trade Center lighted pink to celebrate his diabolical triumph over pro-life opposition.

As I noted in my last column on this subject, the worse-than-useless Cardinal Dolan will do nothing to punish Cuomo for his purported legalization of the mass murder of unborn children, even at the moment of birth.  That craven capitulation was to be expected. But how disappointing it is to see a canonist as renowned as Ed Peters straining at a gnat while swallowing a camel!

Peters, taking issue with another canonist who calls for Cuomo’s formal excommunication (Ed Condon, writing at First Things), argues Cuomo cannot be excommunicated for heresy because, strictly speaking, heresy is “the obstinate denial or obstinate doubt after reception of baptism of some truth which is to be believed by divine and Catholic faith” (Canon 751).   According to Peters, Cuomo’s promotion of mass murder in the womb in direct opposition to the Church’s infallible teaching on the Fifth Commandment — a divine law expressing the natural law — is not heresy as such because the Church, strictly speaking, has not actually declared infallibly that the Commandment Thou Shalt Not Kill is, strictly speaking, “a divinely revealed object of belief.”

Since, Peters argues, one must show — strictly speaking — “that Cuomo’s words and/or actions canonically suffice to prove his doubt or denial of an object of belief” (his emphasis) Cuomo cannot, strictly speaking, be excommunicated for heresy without more proof than his mere authorization of mass murder and his gleeful celebration of it. That proof, Peters opines, would have to involve “access to all of Cuomo’s speeches on this matter” wherein one “might be able to find him expressing some doubt or denial regarding what… must have already [been] proven [to be] a divinely-revealed object of belief in this area.”  But even then, says Peters, “one must also prove that Cuomo’s doubt-denial was made obstinately.” Strictly speaking, of course.

Come on, will you? Of course the Fifth Commandment is an object of belief.  At any rate, Cuomo is a manifest ecclesiastical criminal who claims to be a member of the Church at the same time he has provoked worldwide scandal by authorizing and celebrating the mass murder of innocent children even as they are being born. Quite apart from the question of formal heresy, then, one need look no further than Canon 1399, which provides: “In addition to the cases established here or in other laws, the external violation of a divine or canonical law can be punished by a just penalty only when the special gravity of the violation demands punishment and there is an urgent need to prevent or repair scandals.”

If this case does not involve (a) the external violation of a divine law (regardless of Cuomo’s subjective disposition), (b) of special gravity, that (c) demands punishment, as well as (d) an urgent need to prevent or repair scandals, then words have lost their meaning and canon law is “a ass,” to quote Mr. Bumble.

The “just punishment” Cuomo richly deserves could certainly include excommunication or at least an interdiction under which he would be forbidden to receive the Sacraments until his repentance and the expiation of his guilt.  (Cf. Canons 915 and 1331-1332). This is not even to consider Canon 1398, providing for the latae sententiae (“automatic”) excommunication of one who “actually procures an abortion” — as to which Peters would probably argue that Cuomo has not actually procured an abortion but only authorized and celebrated vast numbers of them.  Strictly speaking.

With Dolan, we have a shepherd who will not defend his flock. With canonical arguments like those advanced by Peters, we have a law in which the letter triumphs over the spirit. Much like it was in the days of the Pharisees.  Even Mr. Bumble, a Protestant, would be appalled. 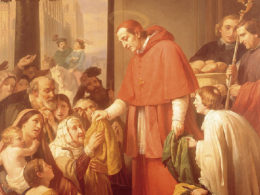 Read the previous article: Other Fasts in the Medieval Church (Part 4) Introduction As the Middle Ages ended…
byMatthew Plese
57 shares
57
0
0
0
No comments

Pope Lights Fuse at Synod for Demolition of Church Teaching

“Hope challenges us, moves us and shatters that conformism which says ‘it’s always been done like this.’” –…
byThe Fatima Center 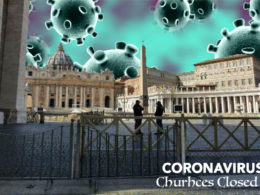 Fatima Perspectives #1384 It should have been no surprise to learn that, according to a Reuters/Ipsos poll, “Democrats…
byChris Ferrara
No comments