In writing commentary on Church affairs, one would like to focus on something other than the subject of Pope Francis.  But he is, after all, the Pope, and moreover a Pope who is evidently intent on imposing upon the whole Church his “dream” of “transforming everything, so that the Church’s customs, ways of doing things, times and schedules, language and structures can be suitably channeled for the evangelization of today’s world rather than for her self-preservation.”  As if everything about the Church before Francis’ arrival were merely a selfish effort to preserve an institution rather than the bimillenial ensemble of doctrine and discipline we know as Tradition, preserved under the influence of the Holy Ghost.

Nothing appears to be exempt from the encroachment of Francis’ dream.  Not even the very prayer Our Lord Himself gave us.  As this article by Sandro Magister notes: “The ban imposed on the bishops of the United States on November 12 against voting on two very strict measures they wanted against sexual abuse committed by members of the hierarchy is not  the only blatant recent case of interference by Pope Francis in the decisions of an episcopal conference. During those same days, in fact, Francis also imposed his will on the Italian bishops gathered in plenary assembly, ordering them to replace the petition ‘and lead us not into temptation’ in the ‘Our Father’ at Mass, because in his judgment it is ‘not a good’ translation of the text of the Gospel.”

Not a good translation?  Really?  As Magister explains, this “bad” translation is as old as the Church herself:  “[T]he words… ‘e non ci indurre in tentazione’ ­­­– on a par with the English version in use in the United States: ‘and lead us not into temptation’ – are an exact reproduction of the Latin translation still in effect in liturgical chant: ‘et ne nos inducas in tentationem,’ which in turn is strictly faithful to the original Greek: ‘kai me eisenénkes hemás eis peirasmón.’”

But according to the mind of Francis, what the Church has always and everywhere prayed had to go. And so, during a recent assembly of the Italian bishops “held behind closed doors,” Francis insisted that they adopt a new formula more to his liking.

Magister reports that all defenders of the traditional formula were silenced during the closed-door session and that “[t]he bishops were told that the ‘non ci indurre’ would have to be replaced no matter what, and that the only thing they were allowed to discuss and vote on was the selection of the new translation. This because ‘it had been so decided.’ And the thoughts of everybody in the hall went to Pope Francis.”

Providing further details, Magister reports that the Archbishop of Chieti and Vasto, Bruno Forte ­– a leading pro-homosexual activist of this Pope’s inner circle – “gathered the necessary signatures and proposed as an alternative this other translation: ‘and keep us from falling into temptation.’”  This translation, Forte argued, was “preferred by Cardinal Carlo Maria Martini,” the arch-Modernist subversive whose decisive influence on Francis was thoroughly documented by John Vennari.

A battle ensued between the proponents of Forte’s new formula and those who wanted instead “do not abandon us to temptation.”  The vote was a dead tie: 94-to-94, but ultimately “do not abandon us to temptation” passed by a single vote, and Francis had what he wanted: a new version of the Our Father.  A version that alters the very words of Our Lord, faithfully reflected in the original Greek, handed down for two millennia, and recited in the liturgy and by the faithful throughout the Church universal over the centuries.

In sum, to quote Magister: “Pope Francis imposed on the general assembly of the CEI the replacement of the traditional version, even blocking any bishop from coming to its defense.”  Hence the title of Magister’s report: “Francis, Absolute Monarch. Behind the Scenes of the New Italian ‘Our Father.’”

And so, we see yet again a sign that the current occupant of the Chair of Peter does not respect the limitations on the power of the papacy his mysteriously replaced predecessor affirmed in keeping with the Church’s authentic doctrine on the Petrine office: “The Pope is not an absolute monarch whose thoughts and desires are law. On the contrary: the Pope’s ministry is a guarantee of obedience to Christ and to his Word. He must not proclaim his own ideas, but rather constantly bind himself and the Church to obedience to God’s Word, in the face of every attempt to adapt it or water it down, and every form of opportunism.”

Pope Benedict XVI uttered those words at the very outset of his abbreviated pontificate. Some three weeks earlier, the new Pope had issued this mysterious plea:  “Pray for me, that I may not flee for fear of the wolves.”

Draw your own conclusions. 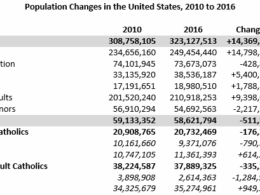 If the Church were a stock, you’d sell it before it’s too late

May Catholics Get Tattoos?

Catholic Apologetics #40 “You shall not make any cuttings in your flesh, for the dead, neither shall you…
byMatthew Plese
No comments

The Final Stage of the Conciliar “Opening to the World”: The World Moves in for the Kill

Fatima Perspectives #1226 Deluded “visionary” that he was, Jacques Maritain, mentor of none other than Pope Paul VI,…
byChris Ferrara 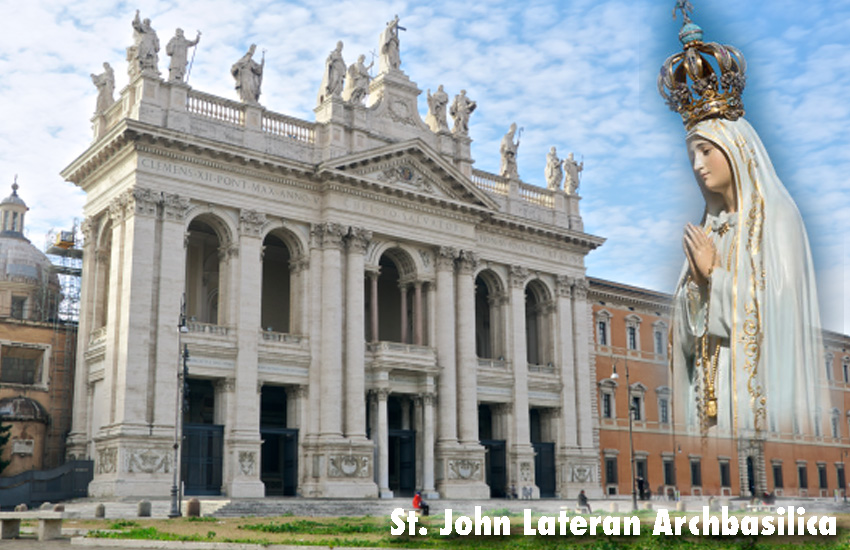