The Vatican Sellout of Chinese Catholics: The Latest “Triumph” of Ostpolitik

An article at EWTN’s ncregister.com provides further details of what the wizards of Vatican “diplomacy” have wrought by their secret “provisional” agreement with the dictators of Beijing: nothing less than a path toward the extermination of the Catholic Church in China.

Since the secret agreement was reached, notes the Register, Chinese President Xi Jinping has continued “the harshest crackdown since the Cultural Revolution against all religions, the Catholic Church included, as documented by the Congressional-Executive Commission on China.”

Moreover, under the agreement, which outrageously concedes to communist overlords the right to nominate Catholic bishops, the Pope has only a limited veto power which, as is already evident, amounts to nothing more than what the Register calls a “rubber-stamp,” with Francis immediately admitting to “ecclesial communion all seven government bishops who were excommunicated or otherwise deemed canonically illegitimate in Church eyes.”  The papal rubber stamp also approved “two of them [replacing] ‘underground’ bishops as diocesan heads. No other appointments were made.”

Ponder that fact: the Pope has approved the removal of true Catholic bishops as heads of two Catholic dioceses, bishops who have long suffered persecution for their fidelity, and their replacement by two puppets of a communist regime.

The Register notes that “Pope Francis teared up in welcoming” two of the government bishops that Beijing allowed to attend part of the sham youth Synod.  He seems to think he has created “unity” with these puppets of an atheist government.  And puppets they are, who obediently returned to China when their masters in Beijing yanked their strings.

Meanwhile, under cover of the secret agreement, Beijing has intensified its persecution of the Church in China.  The Register’s report notes the following:

As this nightmare for Chinese Catholics unfolds, however, Francis has issued a letter to the Catholics of China in which he declares that they must trust his judgment as nothing less than a sign of Divine Providence: “As the Successor of Peter, I want to … ask you to place your trust ever more firmly in the Lord of history and in the Church’s discernment of his will.”  The word “trust” appears no fewer than eight times in this missive.

Trust me.  That is the only assurance Francis can give to the Catholics of the underground Church in China, whom he has abandoned to the wolves of Beijing.

For decades, Father Gruner decried the Vatican policy of Ostpolitik which emerged through the machinations of Cardinal Casaroli during the Second Vatican Council — an “East politics” that essentially defers to the will of communist regimes in the vain hope of conciliating them by means of “dialogue.” Father was laughed to scorn by the enlightened ones who scoffed at the notion that such a policy even existed, much less that it was still operative.

But now even George Weigel writes matter-of-factly that “According to its chief architect and agent, Archbishop Agostino Casaroli” the policy “included a cessation of all public Vatican criticism of communist regimes, and endless negotiations with communist governments….”

The policy not only failed in the communist countries of the Warsaw Pact, but, says Weigel:

“Serious damage was done in Rome, too. There, the Ostpolitik led to the serious penetration of the Vatican by communist secret intelligence agencies, including the Soviet KGB, the East German Stasi, the Czechoslovak StB, the Polish SB, and the Hungarian AVH — nasties who did not play well with other children. In the years after the Council, communist-bloc moles operated in Vatican offices and in the Vatican press corps, compromising the very negotiations so prized by Archbishop Casaroli and his associates.

“Yet senior Vatican diplomats continue to insist, today, that the Ostpolitik was a success: so much so that it’s now serving as the model for twenty-first-century Vatican diplomacy around the world…. No serious student of these matters judges the Ostpolitik a success. Those claiming otherwise are willfully ignorant, obtuse, unwilling to learn from the past — or, perhaps, all of the above.”

That commentary could have come from the pages of The Fatima Crusader. And now, as the latest “triumph” of Ostpolitik delivers Chinese Catholics into the hands of their communist tormentors, we see yet again how the mainstream Catholic commentariat has finally caught up with the insights of The Fatima Priest.

May the eternal light shine upon him. 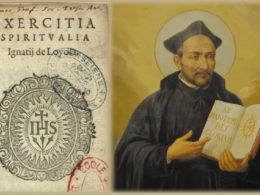 The Spiritual Exercises of St. Ignatius as a Remedy in Our Time 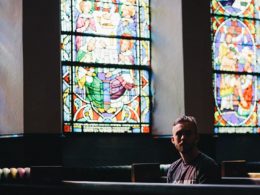 What is this talk that I am hearing of, about people wanting to leave the Church? Certainly we…
byJoanna Swords
41 shares
41
0
0
0 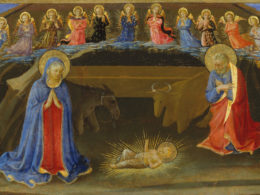 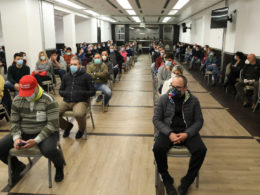 Anatomy of a Mass Psychosis: As the Virus Wanes, the Insanity Waxes

Even as deaths and hospitalizations attributed to the Wuhan Virus decline to near-zero throughout the world, the politically…
byChris Ferrara
203 shares
203
0
0
0
No comments