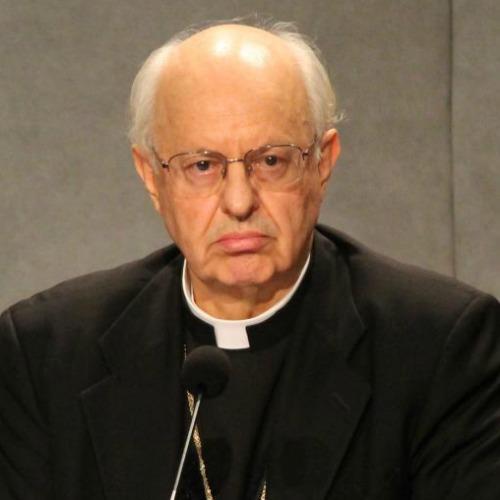 As this column appears, Sandro Magister is reporting that, unlike the Phony Synod on “The Family” whose outcome “was already decided even before it was celebrated,” including “‘Amoris Laetitia,’ with which Francis gave the go-ahead to communion for the divorced and remarried,” the manipulators of the Synod on Youth and Blah, Blah, Blah may come up empty in their plan to introduce the devastating term “LGBT Catholics” into ecclesial discourse.

According to Magister, the current synodal dog-and-pony show has been “So peaceful that even the most explosive argument of those put to discussion – concerning the judgment on homosexuality – was practically defused.”  Really?  I wouldn’t bet any substantial sum on it.

As Magister recalls, the Instrumentum Laboris (IL) (working document) that was supposed to “guide” (read: predetermine) the outcome of the “decisions” of the Synod contains the following poison pill, which would validate the supposed existence of a class of people defined by sexual perversion, referred to as if it were an immutable human characteristic without moral implications:

“Some LGBT youths, through various contributions that were received by the General Secretariat of the Synod, wish to ‘benefit from greater closeness’ and experience greater care by the Church, while some BC [Bishops’ Conferences] ask themselves what to suggest ‘to young people who decide to create homosexual instead of heterosexual couples and, above all, would like to be close to the Church’.”

That the poison pill was meant precisely as such is shown by the deliberate reinsertion of the quoted paragraph in the IL after it had been removed following worldwide protests from the faithful, as shown in the Vatican’s own publication of the document without the offending language. When confronted with the fact of the paragraph’s removal, Cardinal Lorenzo (the “Book Thief”) Baldisseri, General Secretary of the Synod on Youth and Blah, Blah, Blah, “said he will not remove the acronym ‘LGBT youth’ from the Synod’s working document, even though youth didn’t ask for it to be included. The cardinal, however, has claimed that they did.”

Magister further reports that when it came time to discuss the stealthily reinserted paragraph, “not even those synod fathers known as innovators came out into the open. On the contrary, in reading the few lines dedicated to the topic by what was expected to be of the 14 ‘circuli minores’ the one most inclined to innovate, ‘Anglicus B’ headed by Cardinal Blase J. Cupich, one is struck by its explicit reference to the traditional doctrine on homosexuality contained in the Catechism.”

But we have seen this maneuver before:  refer to the traditional doctrine on paper but then negate it in practice by means of the novelties of “accompaniment” and “discernment” of “complex situations” — that is, situation ethics — first introduced by Amoris Laetitia, whose infamous Chapter 8 (especially paragraph 303) reduces the negative precept of the natural law forbidding sexual relations of any kind outside of marriage to a mere “objective ideal.”

Indeed, the position of “Anglicus B,” as Magister notes, is to write “a separate section for this issue and… the main objective of this [will] be the pastoral accompaniment of these people which follows the lines of the relevant section of the Catechism in the Catholic Church.”  And who are “these people”? None other than those who are called “LGBT youth” in the tampered-with IL.

As Edward Pentin warns, despite the fierce opposition of the African bishops to any reference to “LGBT youth” in the synod’s Final Document, “some synod fathers, understood to be largely from the German language group… are entering modi [proposed amendments] that would insert a sentence insisting that the final document be read together and in continuity with the Instrumentum laboris, the synod’s working document.”   Thus, indirectly, “LGBT youth” would enter the “magisterium” according to Francis’ Episcopalis Communio, which declares that synodal decisions are papal teaching once he rubber-stamps them.

In any event, I do not see how Francis and his synodal stage-managers will consent to walk away empty-handed from the synod they have clearly designed for the next stage in the subversion of the Church’s infallible teaching on sexual morality.

By Saturday, we will know whether this synod succeeded in inching away from the abyss toward which its pro-homosexual organizers have been pushing it from its inception.