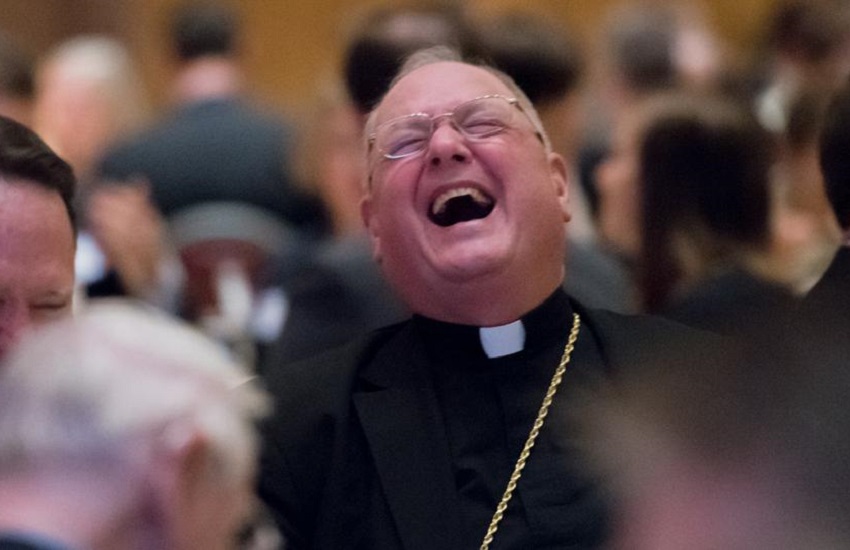 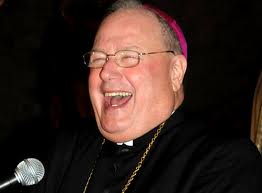 As this column goes to press, the news has leaked that New York Attorney General Barbara Dale Underwood “has subpoenaed all New York Roman Catholic dioceses as part of a state-wide investigation into sex crimes committed by the church…”.

I wonder if Cardinal Dolan, the endlessly amused Archbishop of New York, is laughing now — just as he belly-laughed when confronted by a staffer of The Fatima Center on the Borgo Pio in Rome, who reminded him of the manner in which he had disgraced the Church by leading a Saint Patrick’s Day Parade knowing full well that it included a “gay pride” contingent.

Of course, it is not “the church” that has committed sex crimes but rather innumerable homosexual clerics who should never have been admitted to the seminaries that serve the New York Archdiocese, which is undoubtedly now deeply corrupted by “gay” priests whose “consensual” activities are conspicuously overlooked — as if the only problem were unnatural acts committed against males under the age of 18.

Indeed, the intolerable Father James Martin, fully supported by the Friends of Francis elevated to the College of Cardinals — Cupich, Farrell and Tobin — is now openly urging all the “gay priests” to “come out,” including all those ordained since a corrupted hierarchy supposedly acted decisively in 2002 to end the “abuse of minors.” The deceptive focus on minors, rather than active homosexuals who should never have been ordained, followed the “pedophile summit” in Rome presided over by — if this were a movie, no one would believe it — the most notorious abuser of minors of them all: ex-Cardinal McCarrick.

So now the Archdiocese of New York is under scrutiny by the New York Attorney General’s office, an avowed enemy of the Church and of the right to life of unborn children.  And Dolan will probably have hell to pay for his role in turning a blind eye to the homosexual corruption of the archdiocese that is his responsibility before God.  But then, this was a corruption he himself had favored with his oh-so-politically-correct groveling before the demands of militant homosexualism.  Who can forget that it was Dolan who declared as follows on national television concerning the “coming out” of the failed “gay” footballer Michael Sam:

“Good for him. I would have no sense of judgment on him. God bless ya…. [T]he same Bible that tells us, that teaches us about the virtues of chastity and the virtue of fidelity and marriage also tells us not to judge people. So, I would say, ‘Bravo.’”

That outrageous remark was made in the aftermath of Pope Francis’ far more infamous “who am I to judge?” concerning the flagrantly homosexual prelate he had put in charge of his very household and who remains in that position of power to this day.

Who am I to judge?  That question will not trouble the New York Attorney General as she judges the corruption which Dolan has either presided over or covered up.   And so, it has come to this:  the prelates who have hidden immense sins against the Bride of Christ by those who should be her first protectors will now be submitted to the judgment of civil authorities, perhaps not even excluding the Pope himself.  It is a fate they have brought upon themselves by their own cowardly submission to the evil spirit of the age that now threatens to devour them.