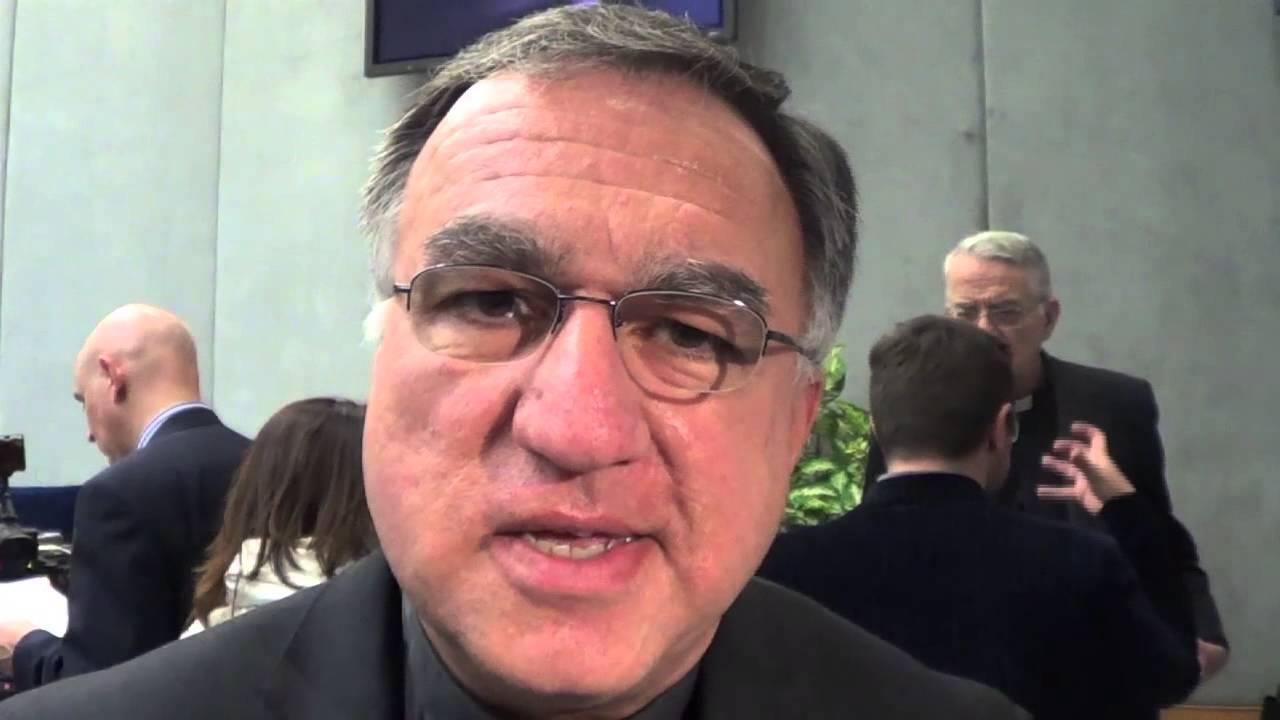 This man’s praise is the Catholic’s warning

In an article he has steadfastly maintained on his “Salt and Light” website after even the liberal Catholic Zenit agency was forced to censor its most sensational lines, the “pro-gay” Father Thomas Rosica, English language attaché to the Vatican Press Office, heaps praise on Pope Francis that is nothing short of idolatrous. The theme of the piece is a celebration of Francis’ supposedly Ignatian spirituality, a claim the militantly Catholic Saint Ignatius of Loyola would doubtless reject with horror, given this Modernist train wreck of a pontificate.

According to Rosica, the first and only Jesuit Pope (elected seemingly contrary to his Jesuit vows) has a “Jesuit identity” — meaning the thoroughly corrupted modern version of the order Saint Ignatius founded as an intellectual and spiritual army for the Church Militant — that “continues to shape almost everything he does as Pope Francis.” Rosica recites a litany of “Jesuit” traits St. Ignatius would hardly recognize as charisms of the militantly Catholic order he established: “passion for social justice,” “radical turn to championing the poor,” “turn[ing] away from devotional traditionalism,” “be not ‘clerical’ but ‘ecclesial’”, “freeing… from the confinement of doing something in a certain way because it was ever thus,” “inclusiveness” and other such blather having nothing to do with the original and authentic Jesuit mission of combatting error and saving souls in every land.

Rosica does not allow his dithyrambic praise to stumble over the fact that the disruptive and chaos-inducing Father Bergoglio was banished from Buenos Aires by his Jesuit superiors and packed off to Germany on the pretext of writing a doctoral thesis he never even seriously began.  His inexplicable resurrection and rise to power may, given the course of this pontificate, involve some element of the preternatural.

If that claim seems extravagant, consider the most explosive passage in Rosica’s piece, wherein he declares — or rather warns — that with Francis “It’s hard to predict what will come next. Francis is shrewd, and he has repeatedly praised the Jesuit trait of ‘holy cunning’” but “not even he is sure where the spirit will lead.”  And then the conclusion that Zenit had to censor because it is all too revealing of the truth about this out-of-control pontificate:

“Pope Francis breaks Catholic traditions whenever he wants because he is ‘free from disordered attachments.’ Our Church has indeed entered a new phase: with the advent of this first Jesuit pope, it is openly ruled by an individual rather than by the authority of Scripture alone or even its own dictates of tradition plus Scripture.”

Rosica exults in what is nothing other than a Modernist dictatorship presided over by a Dictator Pope who does not consider himself bound by Tradition, including the teaching of all his predecessors on marriage, adultery, Eucharistic discipline, contraception, the death penalty and any other doctrine or practice he might find disagreeable now or in the future.  Francis is precisely what the Pope must not be, as Benedict XVI declared at the very outset of his mysteriously abbreviated reign: “an absolute monarch whose thoughts and desires are law.” “On the contrary,” said Benedict, “the Pope’s ministry is a guarantee of obedience to Christ and to his Word. He must not proclaim his own ideas, but rather constantly bind himself and the Church to obedience to God’s Word, in the face of every attempt to adapt it or water it down, and every form of opportunism.”

What are we to make of a Pope who “breaks Catholic traditions whenever he wants”?  We can only view his papacy as the terminal state of an ecclesial crisis that is now clearly reaching the point where only direct divine intervention can restore the Church’s good order.  This is the terminal papacy of the post-Vatican II revolution in the Church. As such, however, it is cause not for despair but for hope: the hope that, historically speaking, the divine assistance cannot be long in coming, including the Consecration of Russia to Mary’s Immaculate Heart.