Cardinal Müller Frets: The Church “Will Be Destroyed” if The Bishops Don’t Act. Isn’t There a Pope in Rome?

Regarding the meeting at the Vatican over intercommunion for Protestant spouses of Catholics in Germany, stacked in favor of the subversives who demand it, Edward Pentin, writing in the National Catholic Register, has reported on the fallout from Francis’ advice to the attendees (which did not include himself) that he appreciates the “ecumenical commitment of the German bishops and asks them to find, in a spirit of ecclesial communion, a unanimous result, if possible.”

This stupefying statement, which suggests that a matter of Catholic dogma is subject to a vote leading to some sort of “result,” has aroused the concern of Cardinal Gerhard Müller, whom Pope Francis ousted as prefect of the Congregation for the Doctrine of the Faith.  Müller told the Register that “the statement was ‘very poor’ as it contained ‘no answer to the central, essential question’”, that there can be no “sacramental communion without ecclesial communion,” and that the Pope should provide “a ‘clear expression of the Catholic faith’.”

Yes, the Pope should defend the Faith.  But there is no sign that he intends to do so.  As one of Pentin’s sources told him, Francis “failed to fulfil his obligation as pope regarding a question of dogma which his office must decide.” Rather, “the CDF was left to act as a postman, not to affirm the faith, but to announce this information” — i.e., that the German bishops’ conference must decide the question for itself, seeking unanimity on a matter that is not subject to change in the first place.

Müller, citing Lumen Gentium, “reminded that bishops’ conferences have a ‘secondary importance’ to the Pope, and it is not possible for them to vote unanimously on a matter of doctrine that would contradict ‘basic elements’ of the Church. ‘We must resist this,’ he said, and warned that if the principle of Catholic identity consisting of both sacramental and ecclesial communion is destroyed, ‘then the Catholic Church is destroyed.’”

First of all, the bishops conferences in truth have no importance as they are not part of the divine constitution of the Church but rather were invented after Vatican II in order to bring about precisely what has since happened: a ruinous democratization of the Church.  No bishop is bound to accept the decision of any bishops’ conference as each bishop, being a successor of the Apostles, is the ruler of his own ecclesial territory subject only to the authority of the Pope.  Francis, however, wishes to invest bishops’ conferences with “genuine doctrinal authority,” which would mean, inevitably, a fragmentation of Catholic doctrine and practice, already underway with respect to Holy Communion for the divorced and “remarried.”

But Müller’s approach to a papacy that is actively undermining Church unity and threatening the very destruction of the Church he professes to fear is to declare: “I hope more bishops will raise their voices and do their duty. Every cardinal has a duty to explain, defend, promote the Catholic faith, not according to personal feelings, or the swings of public opinion, but by reading the Gospel, the Bible, Holy Scripture, the Church fathers and to know them. Also the Councils, to study the great theologians of the past, and be able to explain and defend the Catholic faith, not with sophistic arguments to please all sides, to be everyone’s darling.”

On and on the pretense goes:  Call upon the bishops to defend the Faith while avoiding any mention of the reality that it is the currently reigning Pope against whom the Faith must be defended.  Francis has not merely failed to provide “clarity,” he is actively working to promote division in the Church according to his model of “synodality.”

As Sandro Magister observes:  “A growing number of cardinals and bishops see… the risk that the unity of the Church may be shattered, and on questions central to the Catholic faith. But for [Francis], the Church must be made precisely like this: ‘polyhedral,’ with many sides. In plainer words: in pieces.”

Until the bishops and cardinals address the source of this catastrophe — the Pope who is causing it — there will be no way to end it, humanly speaking, so long as Francis sits on the Chair of Peter.  They must follow the example of Saint Paul when he confronted Peter over his scandalous refusal to eat with Gentiles, clinging to the Old Law and thereby threatening the entire mission of the Church:  “But when Cephas was come to Antioch, I withstood him to the face, because he was to be blamed (Gal 2:11).” 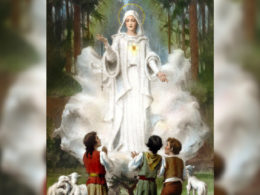 The Fourth Apparition of Our Lady of Fatima: Valinhos

Part III[1] In my previous article we saw that the three children were kidnapped, imprisoned and interrogated by…
byAndrew Cesanek
No comments 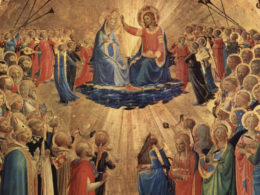 Catholic Apologetics #41 Why Pray to Saints? A canonized saint is a person who the Church declares to…
byMatthew Plese
No comments 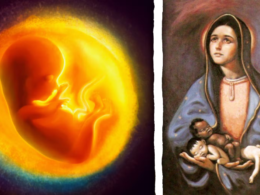 How to Observe Septuagesima the Catholic Way