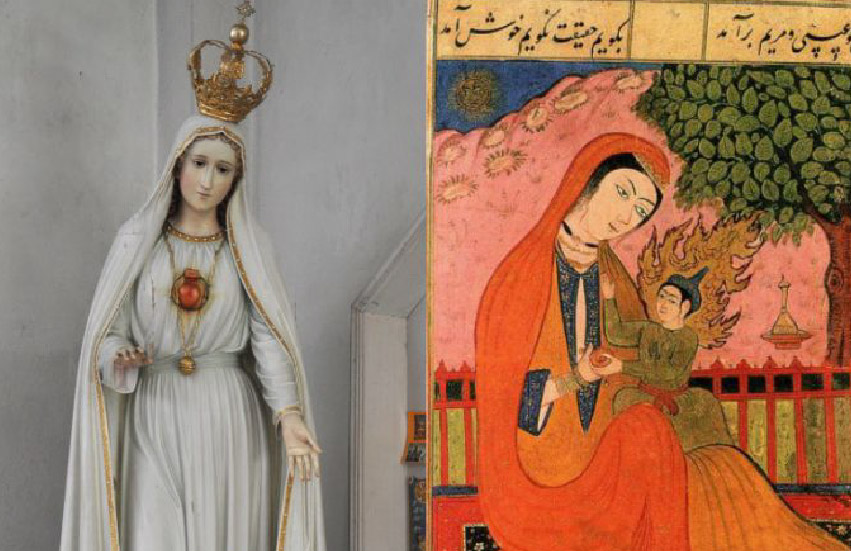 Fatima and Our Lady of Good Success: Part 2

As mentioned in the endnotes of our previous article on this topic (Part 1), the full title of Our Lady given in this particular apparition is actually — in English — Our Lady of Good Success of the Purification. While a more nuanced translation might be something like Our Lady of the Blessed Event of the Purification, She has already become widely known by the aforementioned title. In any case, in both Spanish and English we risk missing a fundamental aspect of Her title from this apparition. It was the Blessed Virgin who informed Mother Mariana of Her title; and it was not simply accidental, as nothing ever is with heavenly things.

What Is in a Name? – Guadalupe

Our Lady is known for giving names, or appearing at locations with important names, that signify an integral part of Her purpose and message. For example, when asked Her name by Juan Diego, at the request of the local bishop, Our Lady’s response included the words “te coatlaxopeuh” (pronounced: “teh quat-la-ksoo-peh”). In Nahuatl, the Aztec’s language, this means “one who crushes the head of the stone serpent.”

For Juan Diego and his fellow Aztecs, this revelation had great meaning because it meant Our Lady crushed their pagan deities. The revealed name lent greater emphasis to the image of Our Lady standing atop a “crescent,” which was a symbol of their serpent god. In fact, there were pre-existing prophecies amongst them that One would come Who would conquer these deities. Yet, Our Lady’s eyes were downcast in a humble posture, so the Aztecs knew that even She served someone greater. And Our Lady of Guadalupe is clearly pregnant (quite appropriate for a feast just two weeks before Christmas), so the Aztecs knew Her Child had great significance.

Yet, Our Lady is the perfect missionary and evangelizes in a divine manner like no other human person can. You see, to Spanish ears, the word ‘Guadalupe’ was discerned from Juan Diego’s relaying of the name. Every Spaniard would naturally associate this with Our Blessed Mother because the most famous Marian shrine in Castile was Our Lady of Guadalupe in Extremadura. In fact, before sailing across the ocean, Christopher Columbus even made a special pilgrimage to pray to Our Lady at this shrine. Many miracles and answered prayers have been attributed to this representation of Our Lady by Spaniards devoted to it.

After the Moslems invaded Spain, local Christians hid a statue of Our Blessed Mother during an iconoclastic Islamic persecution. Centuries later, Our Lady appeared and revealed where this statue was to be found on the banks of the Guadalupe River. That is an Islamic term meaning Wolf River (Guada = River; Lupe = Wolf). The Spanish would also have found it eminently appropriate that Our Lady was standing above a crescent moon, for they knew it as a symbol of Islam. And for any Catholic familiar with Scripture, this image powerfully recalls the protoevangelion (Gn 3:15) — that is, God’s promise that Our Lady would crush the head of the ancient serpent.

As faithful Catholics, we can perceive how astounding (providential!) it is that a unique Islamic name, common in Spain, was so similar in sound to a Nahuatl word commonly used half a world away. Yet, it is even more striking that the Aztecs were made to understand that Mary would crush the serpent god, signified by the crescent moon, which serves as the symbol of Islam, a false religion which was in all likelihood revealed by the ancient serpent.[1] The devil certainly likes to hide in plain sight! (This is even to the absurd point that people have been duped into believing that Christianity and Islam, which explicitly rejects faith in the Holy Trinity, believe and worship the same deity.)

The Name of Fatima

In any case, the continuity between all these names continues with Fatima, which was the name of Mohammed’s favorite daughter. In fact, regarding his daughter, the false prophet is reported to have said: “She has the highest place in Heaven after the Virgin Mary.” To this day, many Moslems make pilgrimages to Fatima to pay homage to the Blessed Virgin. It is a strange fact, but it is a happy occurrence as Our Lady is an unequalled ‘expert’ in bringing about conversions.

In the time of the Moorish occupation of the Iberian Peninsula (present-day Spain and Portugal), the Moslem sheikh or sultan who ruled Alcacer do Sal — the region where (centuries later) the apparitions of Our Lady would take place — had a daughter whom he named Fatima. When the Crusaders drove the Moors out of the region, the young princess Fatima chose to remain among her Christian captors, having fallen in love with one of the Crusaders. She converted to the Catholic Faith — even though it meant her death were she apprehended by the Moslems — and was baptized under the name Oureana (from which the village of Ourem took its name). Her conversion also meant that she had to abandon her family and homeland, but she did so for the True Faith.

In 1158 A.D., Oureana married the Crusader, but she died soon afterward. The heartbroken widower left his position as Count of Ourem to become a Cistercian monk in a nearby abbey, about twenty miles away. A short time later, the abbey founded a small priory in the mountains neighboring the region where he and Fatima had lived, to which he was now sent. He had his bride’s remains also translated to this priory. The village thus began to be called by her name, Fatima.

It is very significant that Our Lady chose to appear in a town with this sort of history. On account of such providential incidents, and other prophecies, many believe that one of the great miracles which Our Lady of Fatima will bring about — perhaps following the Consecration of Russia — is a mass conversion of Moslems to the Catholic Faith. Indeed, that would be an amazing victory by God which would supersede Our Lady’s conversions of the pagan natives of America. It is said that Our Lady of Guadalupe converted more than 10 million natives in the New World in less than 10 years. Yet, today there are about 1.8 billion Moslems. So if a significant number of them converted, it would definitely dwarf the events in the Americas in the 16th century following Our Lady of Guadalupe’s apparition.

It is also important to note that at Fatima (in 1917), the title by which Our Lady designated Herself was Our Lady of the Rosary. We all know that there is a strong connection between the Rosary and the defeat of the Islamic heresy.

We need only recall the naval Battle at Lepanto (1571 A.D.), the victory of which was wrought through Pope St. Pius V calling upon all of Christendom to pray the Rosary. He commemorated this feast (October 7th) to Our Lady of Victory, though now we commonly refer to this feast day as one honoring Our Lady of the Rosary.

It is also astounding to note that at this battle, the Catholic flagship of the Genoese admiral, Giovanni Andrea Doria, carried a painted replica of Our Lady of Guadalupe. This had been given to him by Philip II King of Spain.[2]

Now, Our Lady of Good Success of the Purification does not mention Islam specifically, but there are some definite connections, which we will explore in the third article in this series.

[1] It is an old tradition that an angel appeared to Mohammed and dictated the Koran to him. If that is indeed the case, we can be quite certain it was the devil. St. Paul teaches us that Satan “transformeth himself into an angel of light” to deceive men (2 Cor 11:14). St. Paul further warns that we may never believe another gospel (i.e., never forsake the Catholic Faith, the Truth revealed by Christ), and that even if an ‘angel from heaven’ were to preach ‘another gospel’ he should be anathema (Gal 1:8). This is another Pauline reference to Satan masquerading as an angel in order to disseminate heretical deceptions.

[2] You can read more about this in Diane Moczar’s article: The Battle of Lepanto: The Day Our Lady Saved Christendom.